The Government has been accused of creating ‘chaos’ for parents after reversing its decision for some primary schools in London to open at the last minute.

Primary in England were all due to go back to class on January 4, until an unexpected U-turn on Wednesday saw schools in certain Covid hotspots, including 22 of London’s 32 boroughs, being told to stay closed.

But in yet another U-turn yesterday, all primary schools in the capital now have to stay closed to everyone except vulnerable pupils and children of key workers until at least January 18.

It comes as London battles with high levels of coronavirus infections, including a new mutant strain which is believed to be more transmissible among children.

While the Education Secretary’s move has been welcomed as the ‘right decision’, the Government has been accused of yet another bungling U-turn just days after telling many schools to get ready to open.

She said: ‘This is yet another Government U-turn creating chaos for parents just two days before the start of term.

‘Gavin Williamson’s incompetent handling of the return of schools and colleges is creating huge stress for parents, pupils, and school and college staff and damaging children’s education.

‘This U-turn was needed to provide consistency in London. However, Gavin Williamson must still clarify why some schools in tier four are closing and what the criteria for reopening will be.’

Under the Government’s initial plan, secondary schools and colleges were set to be closed to most pupils for the first two weeks of January, while primary schools within 50 local authorities in London and the south of England were also told to keep their doors shut.

But in a change to those primary school proposals, Williamson said: ‘As infection rates rise across the country, and particularly in London, we must make this move to protect our country and the NHS.

‘We will continue to keep the list of local authorities under review, and reopen classrooms as soon as we possibly can.’

The decision comes after leaders of eight London boroughs asked Williamson to reverse the decision, pointing out that some areas on the closure list had lower infection rates than those where schools had been told to reopen.

Welcoming the U-turn, London Mayor Sadiq Khan said: ‘The Government have finally seen sense and u-turned. All primary schools across London will be treated the same.

‘This is the right decision. Of course I accept it is inconvenient and isn’t helpful to have to change appointments and explain to people.’

It comes as the Government said there had been a further 53,285 lab-confirmed cases of coronavirus in the UK as of 9am yesterday, with another 613 deaths within 28 days of a positive test.

This was down from a new record high of 55,892 cases reported on New Year’s Eve – the highest since mass testing began in late May.


Yesterday NHS England said that a further 420 people who tested positive for coronavirus had died in hospital in England, including an eight-year-old child.

All except 12, aged between 55 and 90, had known underlying health conditions, it added.

Separate figures published by the UK’s statistics agencies for deaths where Covid-19 has been mentioned on the death certificate, together with additional data on fatalities that have occurred in recent days, show there have now been 90,000 deaths involving Covid-19 in the UK. 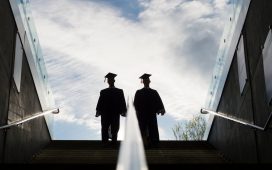