Wakefield and Tiverton and Honiton are at opposite ends of the country geographically, socially and politically. But they have two features in common: both voted Leave heavily in 2016, and both turned against the Conservatives last week. Defeats on the same day in a northern “red wall” seat and a southern rural stronghold suggest that, six years on from the EU referendum, the Conservative majority Boris Johnson stitched together with a promise to “get Brexit done” is beginning to unravel.

For both opposition parties, the byelections have a distinctly 1990s flavour, with the return of a pattern from the Major years that has been largely absent in the past decade of Conservative government – voters in both seats seemed determined to eject Tory incumbents and flocked to the local opposition candidate seen as best placed to do so. Tactical coordination among Labour and Liberal Democrats voters is back, and if replicated at a general election, it could put a lot of seemingly safe Conservative seats in play.

Labour’s first byelection gain since Ed Miliband’s 2012 win in Corby ticks a lot of boxes for party strategists – a red wall seat recovered, on a healthy swing which if replicated across similar seats would put Labour on the brink of government. This is a big boost for Keir Starmer, whose leadership was plunged into crisis just a year ago after the loss of heavily Leave-voting Hartlepool.

The Liberal Democrats have now gained three safe Tory seats on huge swings in a year. A toxic government and a dull but unthreatening opposition have enabled the Lib Dems to finally escape the long shadow of coalition. The Lib Dems are once again able to act as an all-purpose vehicle of discontent for voters eager to vent their spleen at an unpopular government even if still sceptical of the Labour opposition.

Byelections are not, on their own, reliable indicators for the contest to come. Margaret Thatcher weathered many heavy swings in the mid-1980s before winning a landslide in 1987; John Major suffered a debilitating double whammy similar to last week’s result in 1991 and prevailed a year later, and David Cameron lost two seats to Ukip in autumn 2014, less than a year before securing a majority against the odds. Yet these past Tory leaders have been able to draw on advantages over Labour in leadership, the economy and the issue agenda to bounce back. The Johnson government looks more vulnerable on all three fronts.

While “boring” is the most common word used to describe Starmer in focus groups, this is better than voters’ verbal reactions to Boris Johnson, the politest of which include “liar”, “buffoon” and “untrustworthy”. The prime minister’s approval ratings, which collapsed in the wake of the Partygate scandal, remain dismal. Starmer may not excite voters, but bland beats toxic, and Starmer is therefore the first Labour opposition leader since Tony Blair to regularly beat his Conservative rival on the “best prime minister” question.

Worryingly for Conservatives, Johnson’s fall has been steepest with the Leave voters who form the bedrock of their new electoral coalition. The prime minister held stratospheric ratings with Brexit backers until last autumn. Partygate brought him crashing down to earth.

The economy has long been the Conservative trump card. Thatcher, Major and Cameron all played on doubts about Labour’s economic competence to rally wavering voters. This advantage, too, is fading fast under Johnson. The government’s ratings on every aspect of economic management have slumped as inflation has soared and wages have fallen. Labour has taken the lead on many economic performance measures, again putting them in their best position since the heyday of Tony Blair’s opposition. And with further strikes and energy price rises ahead, the worst may be still to come for the government.

The broader agenda offers little comfort. The Conservatives’ two strongest issues in recent elections, Brexit and immigration, no longer exercise voters, and the government’s efforts to revive them have fallen flat. Alongside the all-consuming cost-of-living crisis, voters’ rising concerns include the NHS, the environment and housing – all stronger terrain for Labour than the government. And a quarter of voters now name “lack of faith in politicians” as one of their main concerns, unlikely to be a winning topic for any government headed by Boris Johnson. The government, then, is in a deep hole. It may yet get deeper. The present economic troubles divide a Conservative coalition held together by little beyond Brexit.

The interventionist instincts of new Conservative voters and MPs from depressed red wall seats put them perpetually at odds with the small-state instincts of the traditional home counties. Internal opposition has already forced government retreats on planning, transport, energy and much else besides.

A popular and strong prime minister could force MPs into line, but Johnson has neither popularity nor authority. Voters dislike him, colleagues distrust him, and four in 10 Conservative MPs have already voted to dispatch him. The Houdini of modern politics can never be fully counted out, but the escape act ahead looks daunting indeed. 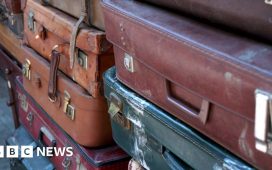 British tourist, 20, claims she was sexually assaulted in Italy 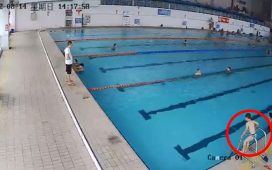 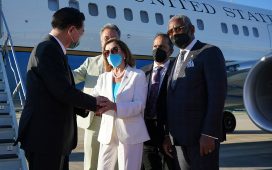 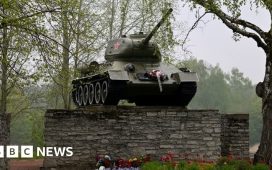 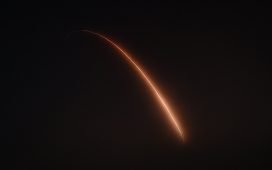 US carries out ICBM test after delaying over tensions with China 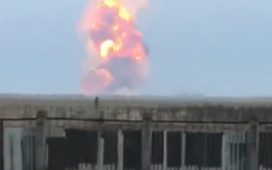