Donny van de Beek has hailed Manchester United’s ‘amazing’ attacking players but says the Red Devils will need to be at their best to beat Premier League rivals Southampton.

Netherlands international Van de Beek made a slow start to his career at Old Trafford following his summer move from Ajax but starred in Tuesday’s Champions League victory over Istanbul Basaksehir.

Bruno Fernandes, Marcus Rashford and Daniel James were on target for Ole Gunnar Solskjaer’s side, who are now well-placed to reach the knockout stages of the Champions League.

‘You know you can always have options to give the ball to play to these amazing players. You know something happens if you play the ball to them.

‘I played also before, a lot, in that position and, when I came in my first year in Ajax, I was always playing in the no.6 position.

‘After that, we got a new coach and he put me in the no.10 position because he said you make a lot of goals so it’s better you play there. I can play in both positions – it doesn’t matter so much for me.’

Van de Beek will hope to be given another chance to impress on Sunday when Manchester United travel to St Mary’s to face Southampton.

The Saints are currently fifth in the Premier League having won five of their first nine matches of the 2020-21 season.

‘I think they do really well. They are strong and play as a team.

‘We need to watch for ourselves, though, and I think the most important thing is we now improve and that we show what we can do every week, not just every two or three matches, but we are consistent.’ 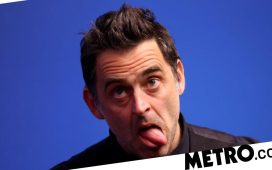 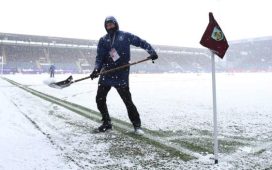 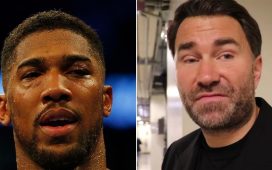 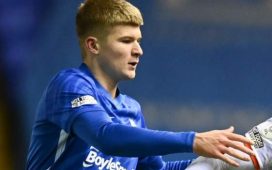