Donald Trump has signed the Covid-19 relief and spending bill after days of delays, preventing a mid-pandemic government shutdown.

The move came on Sunday night after Republicans urged him to act following his refusal to sign the bill, a decision that meant millions of Americans lost unemployment aid.

Trump blindsided members of both parties and upended months of negotiations when he demanded last week that the package – already passed by the House and Senate by large margins and believed to have Trump’s support – be revised to include larger relief checks and scaled-back spending.

But on Sunday night Trump released a statement that he had signed the bill, saying it was his “responsibility to protect the people of our country from the economic devastation and hardship” caused by coronavirus.

“As president, I have told Congress that I want far less wasteful spending and more money going to the American people in the form of $2,000 checks per adult and $600 per child.

“I will sign the omnibus and Covid package with a strong message that makes clear to Congress that wasteful items need to be removed. I will send back to Congress a redlined version, item by item, accompanied by the formal rescission request to Congress insisting that those funds be removed from the bill.

“I am signing this bill to restore unemployment benefits, stop evictions, provide rental assistance, add money for PPP, return our airline workers back to work, add substantially more money for vaccine distribution, and much more.”

I applaud the President’s decision to get billions of dollars of crucial COVID-19 relief out the door and into the hands of American families. I am glad the American people will receive this much-needed assistance as our nation continues battling this pandemic. My full statement: pic.twitter.com/YSPYsPu2ct

Stock markets in Asia ticked upwards on news that Trump had signed the bill, and US stock futures rose 0.4%.

In the face of growing economic hardship and spreading disease, lawmakers had urged Trump on Sunday to sign the legislation immediately, then have Congress follow up with additional aid. Aside from unemployment benefits and relief payments to families, money for vaccine distribution, businesses, and cash-starved public transit systems is on the line. Protections against evictions also hang in the balance.

It was not immediately clear why Trump changed his mind as his resistance to the massive legislative package promised a chaotic final stretch of his presidency.
White House officials have been tight-lipped about Trump’s thinking but a source familiar with the situation cited by Reuters said that some advisers had urged him to relent because they did not see the point of refusing.

Republican senator Pat Toomey of Pennsylvania said he understood that Trump “wants to be remembered for advocating for big checks, but the danger is he’ll be remembered for chaos and misery and erratic behavior if he allows this to expire.”

Toomey added: “So I think the best thing to do, as I said, sign this and then make the case for subsequent legislation.”

The same point was echoed by Maryland’s governor, Larry Hogan, a Republican who is criticised Trump’s pandemic response and his efforts to undo the election results. “I just gave up guessing what he might do next,” he said.

Republican representative Adam Kinzinger of Illinois said too much is at stake for Trump to “play this old switcheroo game.”

“I don’t get the point,” he said. “I don’t understand what’s being done, why, unless it’s just to create chaos and show power and be upset because you lost the election.”

Washington has been reeling since Trump turned on the deal, without warning, after it had won sweeping approval in both houses of Congress and after the White House had assured Republican leaders that Trump would support it.

The bill had lain unsigned on his desk since Christmas Day as the president, who was mostly silent through weeks of intense negotiations, spent the weekend at the Trump International Golf Course in West Palm Beach.

Instead, he assailed the bill’s plan to provide $600 Covid-19 relief checks to most Americans – insisting it should be $2,000 – and took issue with spending included in an attached $1.4 trillion government funding bill to keep the federal government operating through September.

And already, his opposition has had consequences, as two federal programs providing unemployment aid expired on Saturday.

Lauren Bauer of the Brookings Institution had calculated that at least 11 million people would lose aid immediately as a result of Trump’s failure to sign the legislation; millions more would exhaust other unemployment benefits within weeks.

How and when people are affected by the lapse depends on the state they live in, the program they are relying on and when they applied for benefits.

About 9.5 million people, however, had been relying on the pandemic unemployment assistance program that expired altogether Saturday. That program made unemployment insurance available to freelancers, gig workers and others normally not eligible. After receiving their last checks, those recipients will not be able to file for more aid, Stettner said.

Joe Biden, who won November’s presidential election and who will be sworn in as Trump’s successor on 20 January, accused him of an “abdication of responsibility” in a statement on Saturday.

The relief bill wrangles come as the coronavirus pandemic continues to worsen in the US, with medical experts joining Biden in predicting that the darkest days lay ahead.

“We very well might see a post-seasonal, in the sense of Christmas, New Year, surge,” Dr Anthony Fauci, the US head of infectious diseases, told CNN on Sunday. 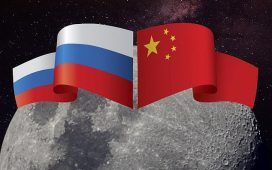