Donald Trump told supporters “we will back in some form” in a rambling, incoherent farewell speech before flying off to Florida for retirement.

Saying his losing share of the vote in last year’s election had been a “record for a sitting President”, he sent a string of messages to the incoming administration.

Boasting of his administration’s tax reforms, President Trump told the crowd: “I hope they don’t raise your taxes, but if they do I told you so.”

On the economy he left behind, he said: “You’re going to see incredible numbers coming in if everything is left alone, be careful.”

Early in his speech, President Trump gave up the microphone to his wife, Melania.

She said: “Being your first lady was my greatest honour, thank you for your love and your support, you will be in my thoughts and prayers.

A thin crowd was present at the Air Force base in the Maryland suburbs to hear Trump’s final stump speech.

A string of former supporters and staff members are reported to have declined invitations to attend the event.

They include former White House Chief of Staff John Kelly, who became a Trump critic after leaving the President’s service.

Anthony Scaramucci, who was White House director of communications for eleven days, also says he was invited, but declined.

Trump is the first President in more than a century to refuse to attend his successor’s inauguration.

He is fourth President in history to dodge the ceremony, along with John Adams, John Quincy Adams and Andrew Johnson.

Richard Nixon did not attend Gerald Ford’s swearing in after he left the White House in disgrace, though his successor never had a public Inauguration ceremony.

It has been reported this morning that Trump broke from the traditions of the Inauguration because he wanted to avoid the indignity of travelling on Marine One and Air Force One after they had lost their presidential designation.

Vice President Mike Pence did not attend President Trump’s farewell event, because he is attending the Inauguration.

President Trump left the White House for the final time at 8am, boarding Marine One for the 15 minute journey to Joint Base Andrews for his final goodbye.

Leaving the White House, he told reporters it had been “the honour of a lifetime” to serve as President.

He added: “We just want to say goodbye, but hopefully not a long-term goodbye”

Following his farewell event, he will fly to his Mar a Lago resort in Florida to begin his retirement – though he will remain President until Joe Biden takes the oath of office at noon in Washington DC – 5pm UK time.

While President Trump was speaking at Andrews, President-Elect Biden was attending church along with congressional leaders from both parties. 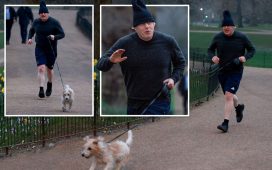 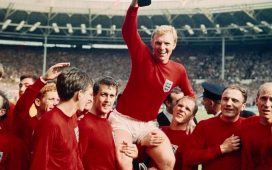 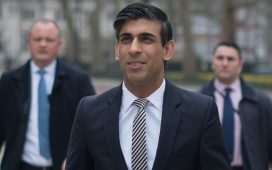 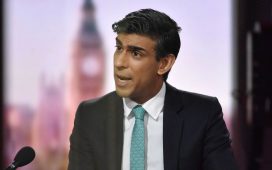