An audio recording of the hour-long phone call between the president and Georgia’s Secretary of State Brad Raffensperger was obtained by the Washington Post.

Trump – who lost Georgia by 11,779 votes in November’s election – repeated unfounded claims of fraud and insisted he had actually won the contest.

Trump suggested that the Republican official – who oversees the election process in Georgia – announce that he had “recalculated” the result in his favour.

‘THE PEOPLE OF GEORGIA ARE ANGRY’

The president added: “The people of Georgia are angry, the people in the country are angry. And there’s nothing wrong with saying, you know, um, that you’ve recalculated.”

Throughout the call, Trump flattered, begged and threatened Raffensperger with vague consequences – at one point telling him he was taking a “big risk” by not overturning the results.

Trump can be heard telling Raffensperger: “You know what they did and you’re not reporting it. That’s a criminal offence. You can’t let that happen. That’s a big risk to you and to Ryan, your lawyer.”

He then told the official he should re-examine the state’s result.

President @realDonaldTrump has filed two lawsuits – federal and state – against @GaSecofState. The telephone conference call @GaSecofState secretly recorded was a “confidential settlement discussion” of that litigation, which is still pending.

But Trump was rebuffed by Raffensperger, who told the US leader that claims of voter fraud in Georgia were unfounded.

He told Trump: “Mr President, the challenge that you have is, the data you have is wrong.”

On Sunday, Trump tweeted that Raffensperger had not given details of the fraud the president alleges.

The president wrote: “He has no clue!”

But Mr Raffensperger hit back: “Respectfully, President Trump: What you’re saying is not true. The truth will come out.”

Donald Trump has now two filed lawsuits over the leaked phone call, the Chairman of the Georgia Republican Party has announced.

Shafer accuses the Washington Post of misrepresenting the call.

Since the election on 3 November, Trump has alleged widespread electoral fraud without offering any evidence.

Trump has made wild claims the Democrats are trying to “steal” the election.

This week, Trump also insisted he beat President-elect Joe Biden in the “most admired” poll, adding that the 2020 election was “rigged with fake votes.”

‘DO WHAT IT TAKES’

He even released a 14-minute long video last week about what he called “the theft of the presidential election.”

Trump, who is set to leave office in less than three weeks, is continuing to dispute US election results, which saw him lose to Democrat Biden.

But the results of the election are due to be certified on Wednesday. 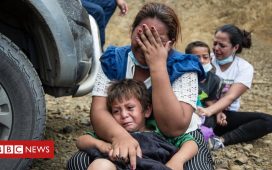 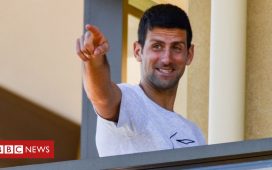 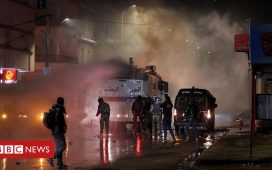 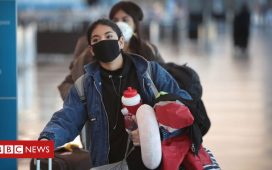