Donald Trump has been admitted to hospital, where he will remain ‘for a few days’ on the advice of doctors.

The US President was taken to Walter Reed military hospital in Bethesda, Maryland on Friday evening.

A White House official said the trip was “precautionary” and that he would continue working from the hospital’s Presidential Suite, which is equipped to allow him to perform his official duties.

In a video statement published on his Twitter account shortly after his departure, President Trump said: “I want to thank everyone for their tremendous support. I’m going to Walter Reed hospital. I think I’m doing very well, but we’re going to make sure things work out. The First Lady is doing very well.

“So thank you very much. I appreciate it. I will never forget it. Thankyou.” 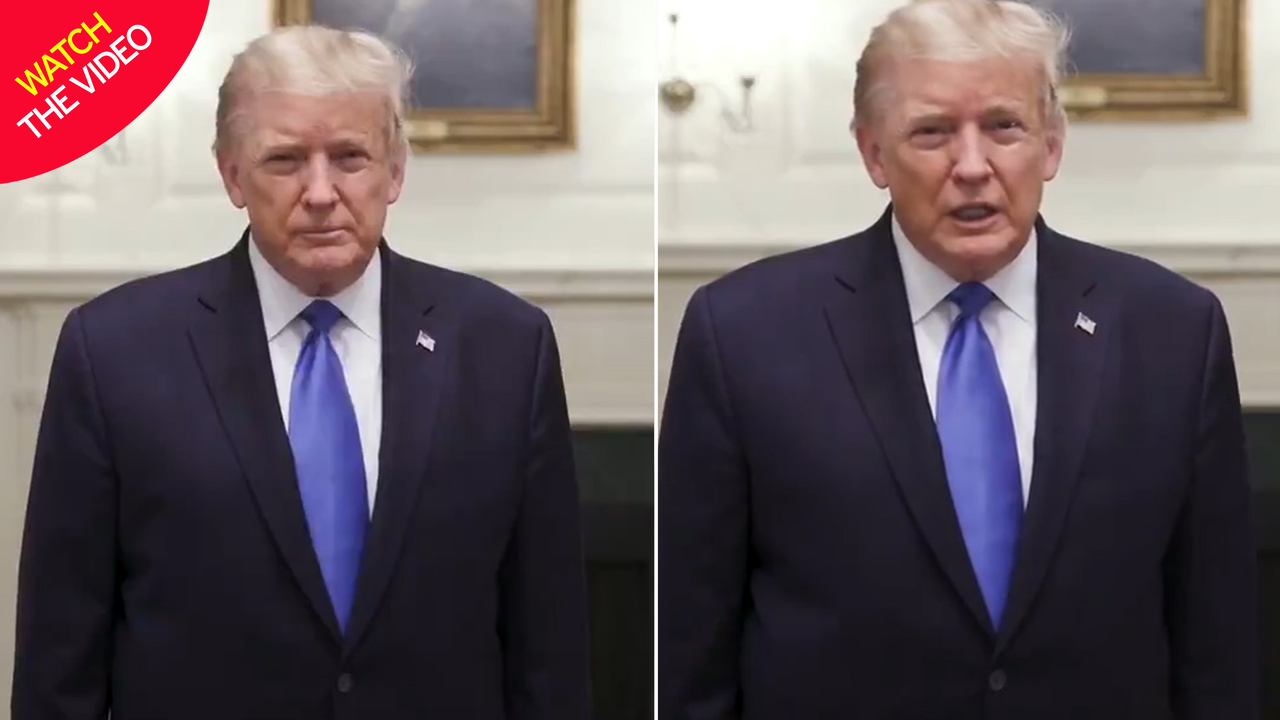 The President was diagnosed with Covid-19 early on Friday morning, and has been suffering “mild symptoms”, including cold-like symptoms, fatigue and a mild fever, according to officials.

Press Secretary Kayleigh McEnany said: “President Trump remains in good spirits, has mild symptoms, and has been working throughout the day.

“Out of an abundance of caution, and at the recommendation of his physician and medical experts, the President will be working from the presidential offices at Walter Reed for the next few days.

“President Trump appreciates the outpouring of support for both he and the First Lady.”

After Marine One sat waiting on the White House south lawn for more than an hour, President Trump walked out to the helicopter wearing a suit and a mask.

READ  Brexit: what happened this week and what's next on the road to leaving the European Union?

He waved and gave a thumbs-up gesture to reporters but did not stop to talk. He was accompanied by White House Chief of Staff Mark Meadows, who was also wearing a mask.

He saluted a waiting Marine before boarding the helicopter, and tapped on the handrail as he climbed the steps.

“He will fight through this with the same strength and conviction that he uses to fight for America each and every day.

“I ask you to join me in praying for his recovery. I have never been more proud of someone and what they have had to endure.”

Earlier, the President’s physician, Navy Commander Sean P Conley, said in a statement: “Following PCR-confirmation of the President’s diagnosis, as a precautionary measure he received a single 8 gram dose of Regeneron’s polyclonal antibody cocktail. He completed the infusion without incident.

“In addition to the polyclonal antibodies, the President has been taking zinc, vitamin D, famotidine and a daily aspirin.”

He added: “As of this afternoon, the President remains fatigued but in good spirits. He’s being evaluated by a team of experts, and together we’ll be making recommendations to the President and First Lady.

“First Lady Melania Trump remains well with only a mild cough and headache, and the remainder of the First Family are well and tested negative for SARS-CoV-2 today.”

“The President is in charge,” she said.

The US president, who is in a high risk category due to his age and because he is considered overweight, tweeted in the early hours of Friday: “Tonight, @FLOTUS and I tested positive for COVID-19.

“We will begin our quarantine and recovery process immediately. We will get through this TOGETHER!”