Dominic Raab will be the new Brexit Secretary, Downing Street has announced.

The appointment follows the dramatic departure of David Davis from the position last night, dismissing Theresa May’s Brexit plans – which were agreed by Cabinet on Friday – as “illusory”.

Speaking on BBC Radio 4’s Today programme this morning, Mr Davis denied his decision to resign had weakened Mrs May’s leadership, saying that he does not want to see her replaced.

The outgoing Brexit Secretary said he had told the Prime Minister that he believed her plan “was not the best strategy” prior to last week’s Chequers summit.

The 44-year-old Mr Raab, who was a business lawyer at Linklaters before becoming an MP in 2010, will now take over negotiations on the UK’s exit from the European Union.

He has served in Government since 2016, working in the Ministry of Justice before taking on his role in the communities department in January.

Mr Davis’ resignation has sparked a Brexiteer rebellion, with junior minister in the Brexit department Steve Baker also stepping down.

And Mr Davis’ exit has been hailed by fellow Eurosceptic Conservatives – and seized upon by opposition MPs as an indictment of Theresa May’s Government.

Mr Davis told presenter John Humphrys: “When we debated this at Cabinet on Friday my opening remark to Theresa was ‘Prime Minister, as you know I’m going to be the odd-man-out in this’.

He added: “I took the view at the time this was not the best strategy, that there were better strategies available – we have been establishing them.

“She has got to have a Brexit Secretary who will deliver on her strategy. That is not weakening, that is actually enhancing the effectiveness of the strategy.”

Mr Davis said in his letter of resignation that current policy and tactics were making it look “less and less likely” that Brexit would be delivered.

Speaking on Monday he said: “I thought it would be a risk at least of delivering a poor outcome.”

Mr Davis denied weakening the Prime Minister’s position, saying: “I like Theresa May, I think she is a good PM. We have a difference over this strategy.”

He added that other Cabinet members had asked for changes to be made to the Brexit policy on Friday, but none had been made.

He admitted he had “lost the argument in Cabinet”, adding: “In my view, this policy has got a number of weaknesses.

“I would be front and centre in delivering this policy, explaining it to the House, persuading the House it is right, and then going out and delivering it with the EU.

“Frankly, just as it was known what the policy was, it was also known I had concerns about it.

“It would not have been a plausible thing to do and I wouldn’t have done a good job at it.”

He said it is “important to find a Brexit Secretary who believes in the strategy”, adding that he would continue to argue for the UK being “as firm as possible” with the European Union.

He said: “It seems to me we are giving too much away too easily and that’s a dangerous strategy at this time.”

Mr Davis’ resignation was warmly welcomed by hardline Eurosceptics in the Tory ranks who were already expressing reservations about Mrs May’s leadership after her Cabinet agreed a plan which would keep the UK closely tied to Brussels.


The Prime Minister now faces a stormy meeting with Tory MPs and peers in Parliament on Monday evening as she tries to keep her fragile administration together.

Mrs May had hoped that the Cabinet agreement secured on Friday at Chequers would help her deliver the “right Brexit” for the UK, with an offer to Brussels to share a “common rulebook” on goods and form a new UK-EU free trade area.

In his resignation letter, Mr Davis said the “current trend of policy and tactics” was making it look “less and less likely” that Brexit would deliver on the referendum result and the Tory commitments to leave the EU customs union and single market.

Mr Davis said “the general direction of policy will leave us in at best a weak negotiating position, and possibly an inescapable one”.

Letters calling for a leadership contest have reportedly been submitted to the backbench 1922 Committee by some Conservatives over the weekend. 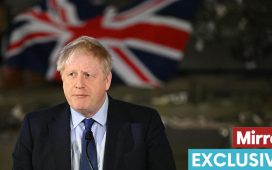 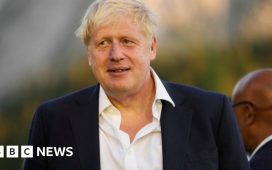 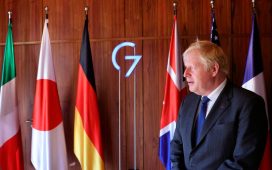 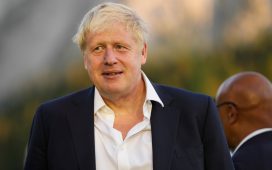 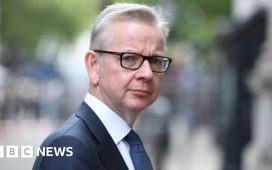