Dolly Parton, 74, reveals she’s in talks to pose for Playboy… after she appeared on the cover in a bunny suit more than 40 years ago

Dolly Parton revealed Saturday that she’s in talks with Playboy to pose for the iconic magazine to celebrate her 75th birthday.

The 74-year-old Jolene singer, who turns 75 in January, posed in a black bunny suit on the cover of Playboy in the October 1978 issue.

Speaking at the weekend on the Scott Mills & Chris Stark show on Radio 5 Live, the country singer said she would appear in the magazine if it was in ‘good taste.’ 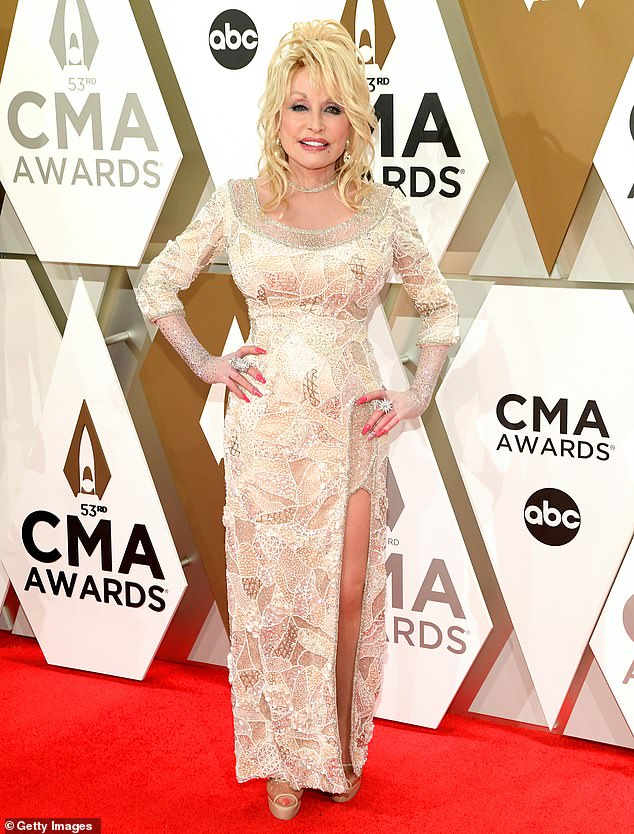 Triumphant return: Dolly Parton, 74, revealed Saturday that she was in talks with Playboy to appear on the cover — if it was in ‘good taste’ — more than 40 years after she previously graced the cover

Scott Mills asked Dolly if it was true that she was ‘planning to star on the cover of Playboy magazine’ to mark her 75th birthday.

‘Yeah, I just might do it, if I can do it in good taste and they want it [and] we’ll do it along with a really good interview inside. So, yeah, we’ve talked about it,’ she replied.

Speaking earlier this year she said didn’t plan on retiring any time soon — and that her 40DD ‘boobs,’ which are insured for around $600,000 — would still fit in the Playboy bunny outfit.

She said it would be ‘a hoot’ if she went on the cover on the men’s magazine again when she hit 75. 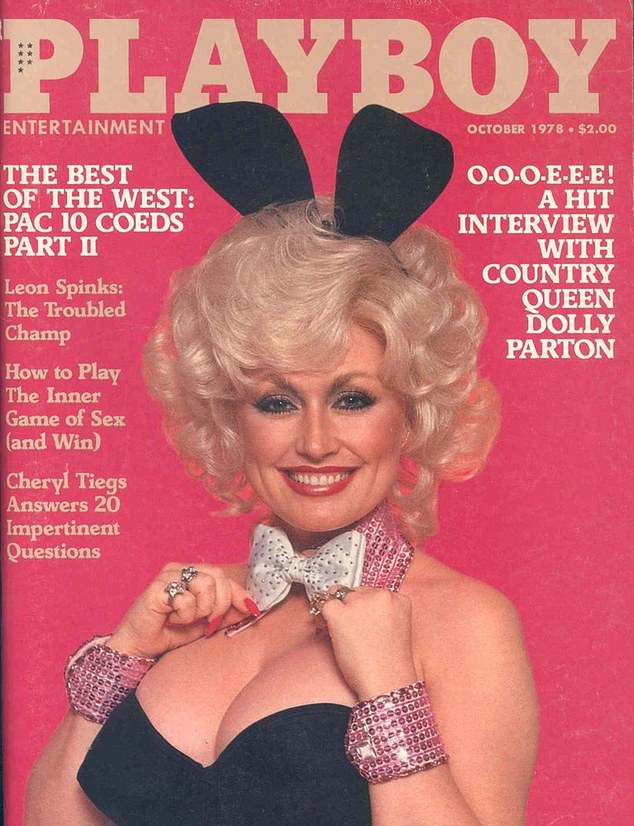 Ready to go: Dolly previously appeared in the classic bunny suit on the October 1978 cover, and she even joked previously that she could probably fit in the same outfit 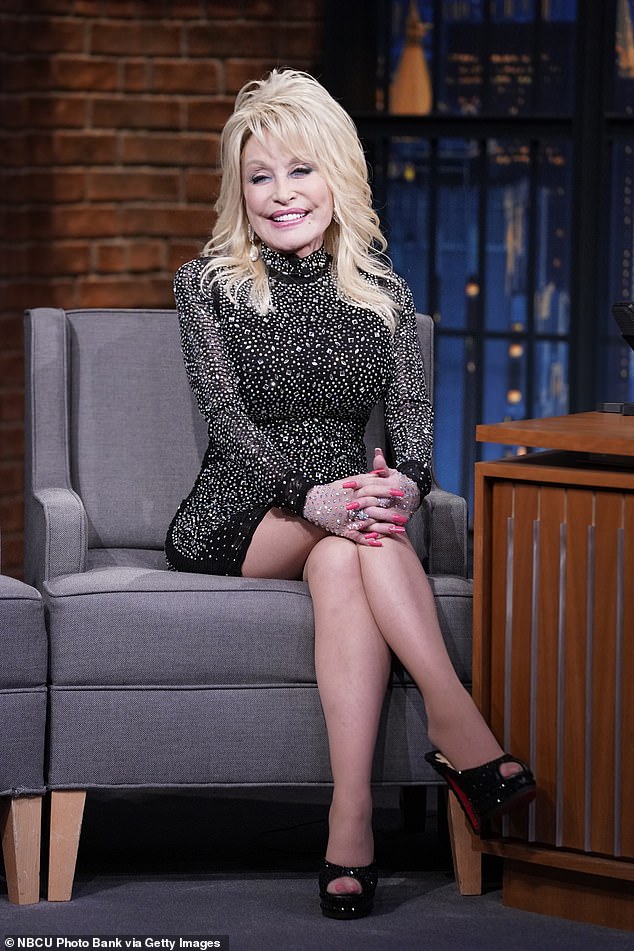 Scott Mills asked Dolly if it was true that she woke up ‘every day at 3 a.m. to start working,’ to which she replied: ‘I’m a very early riser. 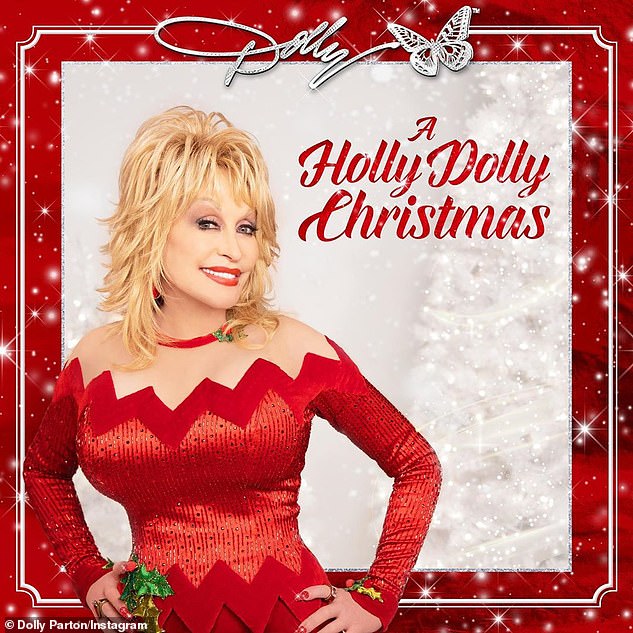 Christmas spirit: Dolly’s interview followed the release on Friday of her most recent album A Holly Dolly Christmas, which is her 47th studio release and third Christmas album

Dolly’s interview followed the release on Friday of her most recent album A Holly Dolly Christmas, which is her 47th studio release and third Christmas album.

The legendary country singer will be staying in the holiday spirit for a bit longer, as she’s also set to star in and executive produce the Netflix movie Christmas On The Square, based on her song of the same name.

Christine Baranski and Jenifer Lewis will round out the film’s lead cast, while Treat Williams (Blue Bloods), Josh Segarra (Orange Is the New Black) and Jeanine Mason (Roswell, New Mexico) will also appear. 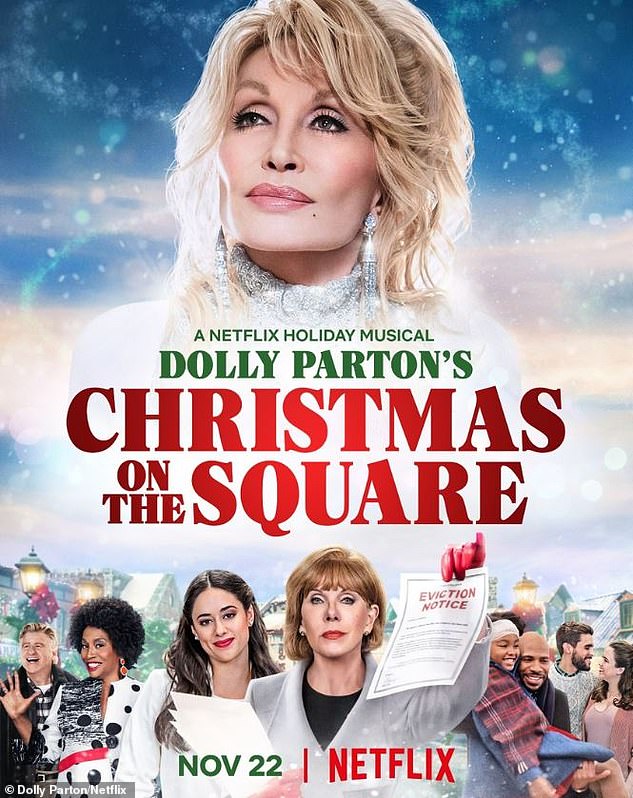 Baranski (The Good Fight) stars as Regina, a wealthy but cold-hearted woman who returns to her small hometown after her father’s death with plans of evicting all his tenants and selling the land to a mall developer.

But she’s soon moved by the Christmas spirit after connecting with the townspeople, reconnecting with an old love and meeting an actual angel (played by Parton).

Lewis (Black-ish) plays Margeline, a local beauty shop owner and the closest Regina has to a friend, while Segarra stars as the town’s pastor leading the fight against her, and Mason portrays an angel-in-training.

Last year, the streaming service released Heartstrings, an anthology series inspired by her songs, and it also released the movie Dumplin’ in 2018, which featured six new songs written by Dolly.