Dollar off to firm start as focus shifts to jobs data 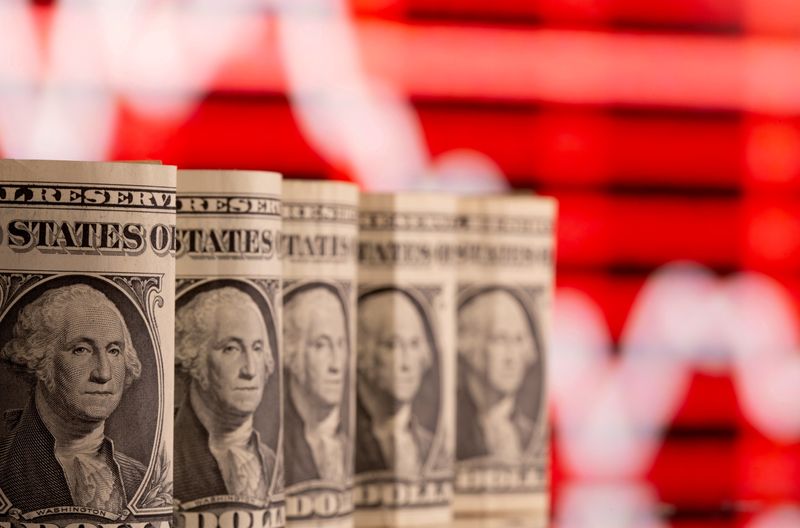 TOKYO (Reuters) – The dollar held firm on Monday as investor focus shifted to the U.S. labour market, following softer-than-expected inflation data last week that has done little to soothe concerns about the Federal Reserve dialling down its monetary stimulus.

The dollar’s index against six other major currencies rose 0.1% to 91.870, having recovered from Friday’s low of 91.524 hit in the wake of the inflation readings.

“Nonetheless the rise in core PCE to 3.4% year-on-year in May was the biggest jump since 1992 and markets remain cautious if the Fed will normalise (policy) earlier,” analysts at Maybank in Singapore said in a note on Monday.

Signs of a tight labour market have also kept many investors fretting over wage-driven price pressures. Among a raft of economic indicators this week, Friday’s payroll data is a key focus – with economists expecting an increase of 675,000 jobs.

“Depending on the outcome of the payroll’s data, the market could start pricing in more chances of a rate hike next year,” said Yukio Ishizuki, senior currency strategist at Daiwa Securities.

December 2022 Fed funds rates futures are almost fully pricing in a 0.25 percentage point rate hike by the end of next year and speculators had cut the value of bets against the dollar, or short bets, by the most in six months last week.

The general mood around an ongoing economic recovery is also solid, as Republican Senate negotiators on an infrastructure deal were optimistic about a $1.2 trillion bipartisan bill after President Joe Biden withdrew his threat to veto the measure unless a separate Democratic spending plan also passes Congress.

That has some reckoning on the dollar falling back into a downtrend if the jobs data passes without surprise.

“Now that the dust has settled, the reality is that U.S. rate hikes are still not close enough to trigger a sustained reversal of reflation trades and (a) stronger dollar,” MUFG analysts Derek Halpenny and Lee Hardman said in a note.

“The latest non-farm payrolls report will provide insight into how long it will take for the labour market to fully recover,” they said. “Absent a significant upside surprise, recent dollar gains should reverse further.”

Elsewhere, cryptocurrencies hung on to a bounce from weekend lows, but were tracking towards a second consecutive monthly loss. last traded at $34,281, while ether fetched $1,973, not far from Tuesday’s three-month low of $1,700.

Britain’s financial regulator said last week that Binance, one of the world’s largest cryptocurrency exchanges, cannot conduct any regulated activity and issued a warning to consumers about the platform.