The Federal Government has urged the members and leadership of the National Association of Resident Doctors (NARD) to end their strike and come to terms with the FG through dialogue.

This was disclosed by the Minister of State for Health, Dr Olurunnimbe Mamora at the opening ceremony of the 2021 Annual General Meeting and Scientific Conference of the Nigeria Medical Association (NMA), FCT chapter, on Tuesday in Abuja.

The Minister added that the FG opening discussions with NARD would enable Nigerians also have access to healthcare during these times.

What the Minister said

“I encourage you to ensure industrial peace in the health sector so that citizens can reap maximum benefits from your efforts.

“In saying this, there cannot be a better time and opportunity for me to appeal to doctors who are currently on strike.

“My appeal is that they return to the negotiating table so that whatever outstanding issues can be sorted out. That is my passionate appeal to all our colleagues.

“Even in times of war, the combatants at the end of the day come to the roundtable for amicable resolution of issues. That is my appeal to our colleagues all over the country who are currently engaged in the strike for the benefit of our people,” he added.

He added that President Muhammadu Buhari is taking all necessary steps to strengthen Nigeria’s preparedness and response to emerging and re-emerging infectious diseases through the provision of medical infrastructure.

The minister revealed that primary healthcare facilities which were the closest to communities had become the weakest links in the healthcare delivery system due to their ineffectiveness to provide services needed.

“This will be done at the community level and the primary healthcare workers have been trained on clinical case detection. This capacity building is an ongoing and continuous process.”

Nairametrics reported earlier this week that medical doctors under the aegis of the National Association of Resident Doctors (NARD) agreed to commence an indefinite strike across the country with effect from Monday, August 2.

“We are embarking on a total and indefinite strike on August 2, 2021. You can recall we had a memorandum of action on March 31, 2021, and had an addendum to it on April 9, and since then, we still have had irregularities in the payment of salaries to the house officers.

“We had issues with them being non-regular payment and as part of the memorandum of action, it was said that they should be captured back into the IPPS platform.’

“You are aware that we lost 19 members to COVID-19 and death in service insurance was supposed to be paid to their next of kin. The last time we met the Minister of Labour and Minister of Health, we were told that our members are part of those to be given the insurance benefit, but we found out that their names are not even there,” NARD announced.

New emir of Kontagora to emerge today among 47 contenders 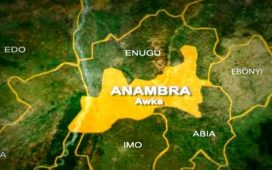 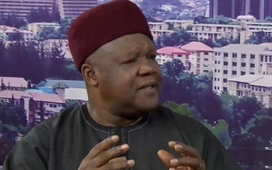 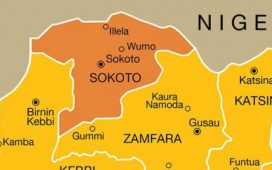 Too much debt, stop Buhari’s $4B loan: SERAP writes Lawan