DOCTORS were forced to remove the eyes of three children after they were infected with a black fungus linked to Covid.

The children were seen in India, where the Delta Covid variant has ravaged the nation.

Black fungus, called mucormycosis, has caused an epidemic within the Covid pandemic in India, with more than 10,000 cases already.

The serious and sometimes deadly complication commonly strikes those with uncontrolled diabetes, although it can be diagnosed in anyone.

Those with compromised immune systems – like diabetics – are most at risk of death too.

Removal of the eyes, teeth and other infected tissue in the face is a standard procedure for the infection and is the only way to effectively get rid of it.

It stops the mould from reaching the brain, which could lead to death.

The three children who had their eyes removed in Mumbai were aged four, six and 14 years old, local media report.

Only the 14-year-old is diabetic, and docs say her eyes “turned black within 48 hours”.

Dr Jesal Sheth, senior consultant paediatrician at Fortis Hospital, said: “The fungus was spreading to the nose too. Luckily, it did not reach the brain. We treated her for six weeks; unfortunately, she lost her eye.”

Another 16-year-old at the same hospital, who became diabetic after Covid, was found to have part of her stomach riddled with black fungus.

See also  Bowel cancer: Tenesmus affects digestion and is a major warning sign – what is it?

Mucormycosis is the name used for any fungal infection caused by a group of molds called mucormycetes.

These molds live throughout the environment. Mucormycosis mainly affects people who have health problems or take medicines that lower the body’s ability to fight germs and sickness.

According to Centers for Disease Control and Prevention say symptoms vary depending on where the fungus is growing.

Dr Sheth said: “The 16-year-old child was healthy a month ago. She had recovered from Covid. She was not diabetic. But she came to us with diabetes suddenly.

“Her intestines started bleeding. We did an angiography and found that black Fungus had infected blood vessels near her stomach.”

The younger children were admitted to Mumbai’s KBH Bachooali Ophthalmic and ENT Hospital with Covid.

Dr Prithesh Shetty, an ophthalmologist at the hospital, said: “Black Fungus was spreading in their eyes and if we had not removed the eyes, their life would have been in danger.

See also  Statins side effects: Sensations you should not ignore – you might need a higher dose

“They were already blind in one eye and it was hurting them badly. One child came to us in December last year. The second case came during the second wave.”

Thousands of patients in India have met the fate of having their eyes removed due to black fungus.

Around 60 per cent of patients treated in hospital have had at least one eye removed after the second wave of coronavirus caused an explosion of the creeping fungal disease.

The fungus has now spread to other countries – medics in Chile reported a case of virus-related fungus, with scientists in Uruguay logging a patient there suffering with the condition.

Doctors in Oman are the most recent to say they have detected the potentially fatal fungal infection.

White and yellow funguses have also swept hospitals in India, both linked to Covid.

Mucormycosis gets in the body and spreads through the bloodstream to affect organs, such as the brain, eyes, spleen and heart.

It most often gets into those nose, sinuses and eyes, causing blackening or discolouration.

Mucormycosis usually occurs later in the course of Covid-19 – typically after eight days.

But it can also occur after hospital discharge, doctors say.

Do YOU suffer ‘thunderhead’? The five signs the weather is getting to you

Covid symptoms in kids: What are the top 5 and how are they different to adults?

The misuse of steroid drugs to treat Covid, hot and humid conditions, and being on oxygen support for a long time have all been blamed as causes of the black and white fungal infections.

There are antifungal medicines that can be given, but India has been dealing with a shortage of medicines to treat it.

In most cases “surgical removal of the infected areas is very important and sometimes this surgery is quite extensive”, Prof David Denning of the Global Action Fund for Fungal infections (GAFFI) and the University of Manchester, said. 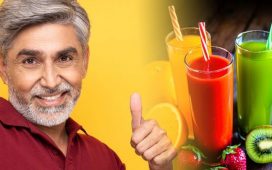 How to live longer: A daily glass of 'pure fruit juice' can lower blood pressure 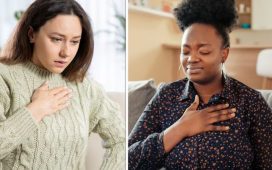 Heart attack symptoms: How dangerous is a 'mild heart attack'? Signs to spot 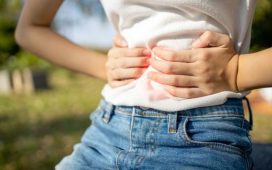 The top five foods to help reduce symptoms of IBS 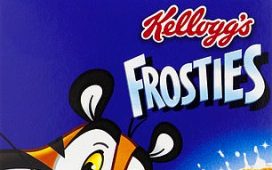 EVE SIMMONS: Why a Frosties sugar tax will not tackle childhood obesity 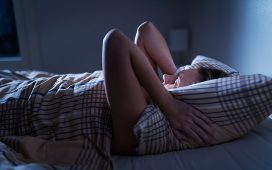 DR ELLIE CANNON: What can I do about the music constantly playing in my head?