Doctors are to use a remotely operated robot to give check ups to care home residents with Alzheimer’s disease and other conditions.

The pilot will use technology pioneered by The National Robotarium at Heriot-Watt University in Edinburgh and uses machine learning and artificial intelligence.

It will see health practitioners control a robot over the internet to interact with residents in facilities run by Blackwood Homes and Care in Scotland.

Clinicians will be able to see through the eyes of the robot, move around the room or between rooms and operate its arms and hands to carry out more complex assessments.

It can also operate semi-autonomously 24/7.

Toyota’s Human Support Robot will be used by the researchers alongside commercially available tele-presence robots.

The developers believe it can help those with Alzheimer’s and other cognitive impairments by providing regular monitoring and health assessments.

The research was led by Dr Mauro Dragone from the National Robotarium alongside Dr Mario Parra Rodriguez from the University of Strathclyde.

Dr Dragone said: ‘With gaps between assessments lengthening, the care and support that is being prescribed to assist vulnerable people may become unsuitable as an individual’s physical and cognitive abilities change over time.’

He said the prototype robot however can carry out ‘a thorough, non-intrusive assessment’ and will allow carers ‘to spot cognitive decline more quickly’.

He added that the assessment can be ‘conducted without the patient leaving home or the clinician leaving their office’.

Dr Rodriguez said: ‘The experience of inhabiting a distant robot through which I can remotely guide, assess, and support vulnerable adults affected by devastating conditions such as Alzheimer’s disease, grants me confidence that challenges we are currently experiencing to mitigate the impact of such diseases will soon be overcome through revolutionary technologies.’

Colin Foskett, head of innovation at Blackwood Homes and Care, said: ‘Blackwood is always looking for solutions that help our customers to live more independently whilst promoting choice and control for the individual.’

The National Robotarium is supported by funds from both the UK and Scottish Governments.

UK Government minister for Scotland Iain Stewart said: ‘It was fascinating to visit the National Robotarium and see first-hand how virtual teleportation technology could revolutionise healthcare and assisted living.’

He added that the research centre is a ‘world leader for robotics and AI, bringing jobs and investment to the area’.


MORE : Self-healing ‘living’ robots made from frog cells could clean the world’s oceans

See also  Real-time map shows spread of coronavirus as it happens
Share on FacebookShare on TwitterShare on PinterestShare on Reddit
newscabalSeptember 20, 2021 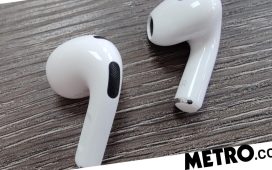 Apple AirPods 3 review: An improvement in every way 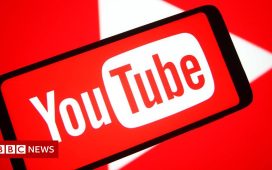 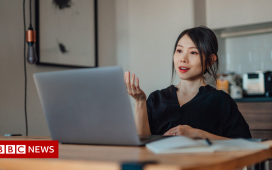 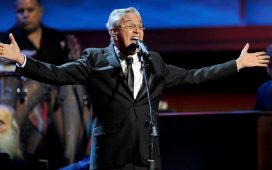 Caetano Veloso on his new album, social media and aging 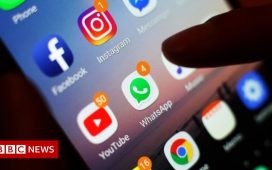 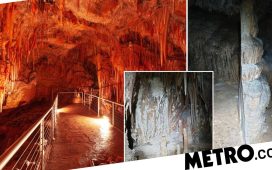