Karegeya even had tapes of former intelligence colleagues plotting his death. For all that, the ex-spy master allowed himself to be tricked into attending his own murder on the last day of 2013. Far too many of Kagame’s former allies turned opponents have met untimely ends for the man who has dominated Rwanda since the genocide in 1994 not to be the prime suspect. But, as Michela Wrong’s engrossing and revelatory investigation reveals, Karegeya’s killing was of a different order.

Do Not Disturb is part murder mystery and part sweeping history of an extended family tragedy spread over two countries, three wars, four decades and a genocide. Along the way, Wrong asks hard questions about the true nature of Kagame’s rule and the claims made for Rwanda’s rebirth.

For years, guilt-ridden politicians in the west fawned over Kagame as a national saviour after his Rwandan Patriotic Front (RPF) drove from power the Hutu extremists who slaughtered around 800,000 Tutsis as the UN looked on. Tony Blair called him a “visionary leader” even as the RPF faced its own accusations of war crimes and Kagame locked up political opponents or worse.

“I don’t ignore all those criticisms,” Blair said in 2010. “But I do think you’ve got to recognise that Rwanda is an immensely special case because of the genocide. Secondly, you can’t argue with the fact that Rwanda has gone on a remarkable path of development.” Bill Clinton called Kagame “one of the greatest leaders of our time”.

Wrong is having none of it. She writes that the west’s implicitly racist pandering to an authoritarian leader helped entrench his power and spread conflict across the region. As for its much vaunted development policies, Wrong concludes that Rwanda’s economy is held together by aid. “The sad thing about the west’s current gushing admiration for strongman rule in central Africa is its historical naivety,” she writes.

Wrong makes her case with a deep investigation of the murder of a charming, manipulative, roguish man who also had blood on his hands. Karegeya grew up among Tutsi exiles in Uganda after his ancestors fled Rwanda to escape Belgian rule. Kagame was a more recent arrival when his family was driven out by violent anti-Tutsi purges in the run-up to Rwanda’s independence in 1962. Their mothers were friends and the boys attended the same school. Years later, they were drawn to Yoweri Museveni’s rebel army as it fought its way to power in Uganda in 1986.

Kagame and Karegeya served Museveni’s new government as senior intelligence officials, but it wasn’t long before the exiled Rwandans were planning how to take power in the homeland that neither of them really knew. In late 1990, some of the most important members of Museveni’s officer corps disappeared across the border to attack Rwanda. Four years later, Kagame emerged to the outside world as the hero who put an end to the genocide.

Kagame made his old schoolmate his external intelligence chief. Wrong portrays Karegeya as an accomplished manipulator of foreign politicians in maintaining the saviour myth, even as he grew disillusioned with political repression and killings.
The extent of Karegeya’s own complicity is never quite clear, but he is hardly an innocent party either to the RPF’s slaughter of Hutu civilians or in serving a president he calls a dictator and assassin.

As Karegeya tells it, the breaking point came with the RPF’s killing of old Ugandan comrades as the two countries fought over their plunder of the mineral-rich Democratic Republic of the Congo. The spy chief’s dissent lands him in prison and exile in South Africa, where he and other disillusioned Rwandan officials pose a particular danger to Kagame. Karegeya quite literally knew where the bodies were buried. A few years later, he was among them.

Wrong marvels at the extent to which western politicians have been willing to give a pass to Kagame and what she describes as his criminal regime. “It’s all very well talking about human rights but the fundamental, primary human right is the right to be free from the threat of violence,” Andrew Mitchell, the Conservative former international development secretary, tells Wrong. “As far as I’m concerned, Kagame is a hero for ending the violence.”

Do Not Disturb will make uncomfortable reading for those who still adhere to that view, even if some will argue that Wrong does not take enough account of Rwanda’s efforts to address the legacy of genocide and a country awash in murderers. For all that, we can be pretty certain one person won’t care. Asked about Karegeya’s murder, Rwanda’s president denied responsibility. Then Kagame added a comment about his old comrade in arms. “I actually wish Rwanda did it. I really wish it.” 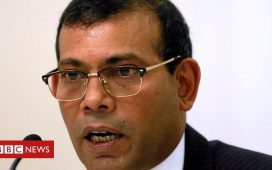 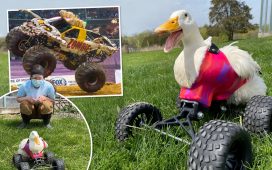 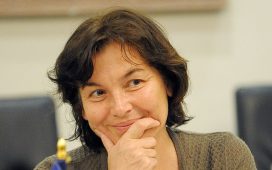 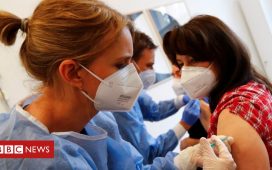