Hard to believe but Dirty Dancing has been a favourite of movie fans the world over for more than three decades.

When it was first released in 1987, the film was predicted to be a flop, even by the Hollywood power players behind it.

The iconic tale of love against the odds may have had a tiny budget, but it ended up becoming a runaway hit, much to the surprise of many.

At one point, studio bosses were so convinced that they’d made a wrong turn by breathing life into the production that they considered burning the film reel and abandoning it altogether, as reports the Mirror.

Instead, it went on to bring us some of the most legendary scenes in cinema history, with the much copied Dirty Dancing lift one of the most recreated moves at weddings and events across the globe.

But what happened to the stars of the show once the holiday ended?

From tragic drugs deaths to shock surgery and fatal accidents, here’s what came next…

This snake-hipped Outsiders star wasn’t first choice for the role.

Val Kilmer turned it down first and Billy Zane reportedly left over his lack of chemistry with lead actress Jennifer Grey.

At 34, Patrick was a decade older than his character, but had the dance experience needed to make the part his own.

When bosses saw his sizzling interactions with Jennifer, the job was his.

Sadly, behind the scenes he and Jennifer didn’t get on, with Patrick later admitting there had been tension in his autobiography.

“She’d slip into silly moods, forcing us to do scenes over and over,” he wrote.

“We did have a few moments of friction… she seemed particularly emotional, sometimes bursting into tears if someone criticised her.”

Despite their differences, Jennifer, 60, was heartbroken when Patrick died of pancreatic cancer in 2009, aged just 57.

Paying tribute to a “real cowboy with a tender heart”, she praised his “rare and beautiful combination of raw masculinity and amazing grace.”

“He was fearless and insisted on always doing his own stunts, so it was not surprising to me that the war he waged on his cancer was so courageous and dignified,” she said.

“When I think of him, I think of being in his arms when we were kids, dancing, practicing the lift in the freezing lake, having a blast doing this tiny little movie we thought no one would ever see.”

Sarah Jessica Parker and Sharon Stone had both been touted to play the ambitious but slightly geeky doctor’s daughter who wanted to change the world.

But in the end it was Ferris Bueller’s Day Off star Jennifer, then 27, who the coveted part of 17-year-old Baby eventually went to.

Dashing the hopes of fans, she once admitted that her red hot on-screen chemistry with Patrick was nothing more than a direct result of their backstage clashes.

“The thing is that I believe tension is much hotter-looking than just love. And I think there was a very complex dynamic between Patrick and myself for the whole movie,” she said.

“You know you see a cartoon and there is a fight and just you can’t tell who’s who and it’s just a ball, it was a little like that with him and me.”

Since filming ended, Jennifer has faced a traumatic time, starting when she and then-boyfriend Matthew Broderick were involved in a fatal car accident just days before the Dirty Dancing premiere.

She suffered a spinal injury in the accident, which left a mum and daughter in another car dead, and underwent two operations in 2009 after doctors discovered she was close to being paralysed.

It was during that process that a cancerous tumour was discovered on her thyroid but it hadn’t spread and surgeons were able to remove it.

Professionally, Jennifer’s career hit a rough patch in 1989 when she had a nose job that left her unrecognisable to audiences.

“I went into the ­operating room a ­celebrity and came out anonymous,” she said in 2012.

“It was the nose job from hell. I’ll always be this once-famous actress nobody ­recognises because of a nose job.”

She rose to fame in Flashdance and Staying Alive, so the glamorous actress and dancer was the perfect fit for lead resort dancer Penny.

But despite her success, Cynthia, 63, quit Hollywood in 1991 to raise her three sons with ex-husband, Right Here Waiting singer Richard Marx.

Richard, 57, initially feared that life as a stay at home mum to sons Lucas, Jesse and Brandon wouldn’t be right for Cynthia.

“I thought, ‘This won’t last, she’s definitely going to want to come back to work and do films,'” he told Splash Chicago.

“But she found a fulfillment in being a mum that completely dominated any feelings she ever had making a movie.”

He may have boasted clean-cut good looks and an enviable Ivy League education, but Robbie was bad news.

He slept with Baby’s big sister Lisa and also got Penny pregnant, leaving Johnny to take the blame when she underwent a botched abortion, which had to be cleaned up by Baby’s dad.

In real life, Max was the son of Broadway producer Arthur Cantor and grew up as a neighbour of John Lennon’s in New York’s Dakota building.

His life ended in tragedy after he gave up acting to go into journalism.

Monika’s East Village pot dealer roommate Daniel Rakowitz allegedly killed and dismembered her before boiling her remains to serve as soup to the homeless.

Rakowitz left her skull in the baggage room at the Port Authority Bus Terminal, in a bucket of kitty litter, but was found not guilty by reason of insanity.

Max had planned to write a book about the murder but died from ‘acute intoxication’ from a cocktail of heroin, cocaine, and Prozac.

His bloated body was found lying face up in bed at his Chelsea studio after neighbours complained about the smell.

As the big sister of Baby, Lisa’s most memorable moment came when she butchered her Hula Hana song at the end of season show.

But the tune was quite the money spinner for Jane, who made more cash from it than from the film itself.

She wrote the verses in her breaks from filming and kept the copyright.

She then starred in medical TV drama Doctor Doctor before welcoming daughter Sally with first husband, actor Brian O’Connor, and moving into screenwriting. 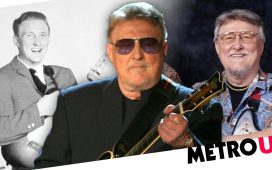 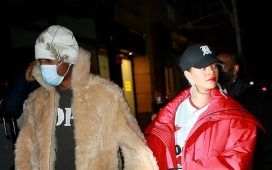 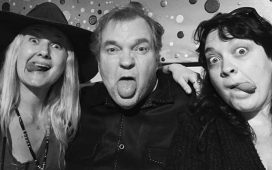 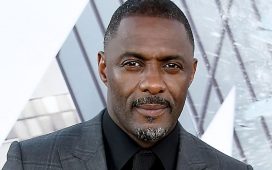 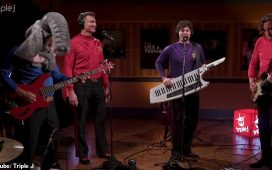 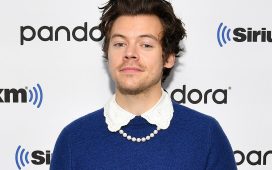