Digital detox: How to beat the brain drain

I’ve spent 17 minutes on my iPhone in the past hour. By any metric, this is quite a lot. I haven’t even made a text or phone call in that time — I’ve been busy browsing apps and social media feeds.

In response to overloads like mine, next month The Royal Public Health Society will launch Scroll-Free September. It’s an initiative to target a reduction in the time we spend on screens, which calls for “action from government, social media companies and policy makers to help promote the positive aspects of social media for young people, whilst mitigating the potential negatives”.

Facebook, Instagram, and Google have all introduced software to help users to curb their smartphone “habit”. The new Android 9 Pie and the Pixel this month patched Google’s “digital wellbeing” software, which provides a dashboard to show your usage, including what apps you use most, app limit timers and a “wind down” mode to help you to focus on going to sleep. When you reach the time limit that app icon is greyed out for the rest of the day.

Anyone can now request to be verified on Instagram


Wind Down gets your phone ready for bed. Grayscale turns your screen grey as a reminder to disconnect from your phone in the evening, and Do Not Disturb silences notifications for an uninterrupted night’s sleep. An executive at Google’s I/O 2018 Conference admitted on stage that color screen is “far more stimulating for the brain.” “It’s the kind of thing I didn’t realise I needed but absolutely did”, said one beta tester. “I’m genuinely sleeping like a baby.”

Digital dependency is a national concern. I know my own mobile stats via an app, ironically. Moment was built by designer Kevin Holesh in 2014 and allows phone owners to self-monitor their digital dependency. “Back then everyone used to jokingly say that we were addicted to our iPhones,” says Holesh. “Now it’s recognised as an actual problem.” So much so that Nomophobia, the fear of not having your mobile phone on your person, has been proposed as a form of anxiety.

When the RPHS polled UK smartphone users, they found half of those  aged 18-34 think going “cold turkey” for a month would have a positive effect on their sleep and real-world relationships; 47 per cent thought it would be good for their mental health. We’re at a tipping point.

Across Silicon Valley, Apple’s new mobile operating system, which will be available to everyone in September, has a new feature called ScreenTime, allowing you to monitor how you are using an iPhone and to set yourself limits. Facebook and Instagram, meanwhile, are introducing a dashboard to tell you how long you’ve spent inside their apps, as well as tools for setting daily limits and muting your push notifications.

Take your lead from the founders. Steve Jobs told the New York Times that his children had never used the iPad. Evan Williams, a founder of Blogger, Twitter and Medium, bought hundreds of books for his two young sons, but refused to give them an iPad. “This is unsettling,” he writes. “Why are the world’s greatest public technocrats also its greatest private technophobes?”

The idea, however, is not to go full “cold turkey” if you don’t think that’s a realistic goal.

The RPHS is keen to underline the role that social media can play in reducing loneliness. The campaign suggests achievable targets such as not using social media after 6pm.

There are other tools to make your phone use less habitual. Catherine Price, author of How To Break Up With Your Phone, suggests the use of “speed bumps” — small obstacles that force you to slow down. “Put a rubber band around your phone as a physical reminder to pause, or set a lock screen image that asks you to confirm that you really want to proceed”, she says.

Not all solutions are tech orientated. But in every case, it’s about time — and clawing it back from your phone. 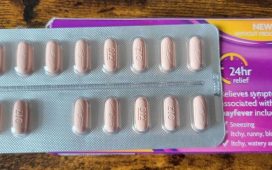 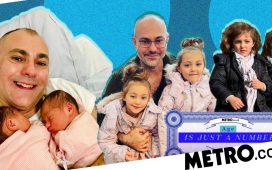 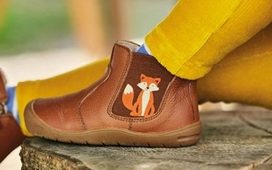 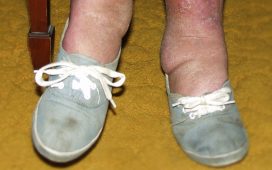