DIEGO MARADONA has died of a massive heart attack aged 60.

The Argentinian legend passed away just two weeks after being released from hospital following treatment for a brain bleed.

Widely regarded as one of the greatest footballers of all time, Maradona almost single-handedly led Argentina to their 1986 World Cup win.

But he had a long history of bad health, battles with addiction and suffered extreme weight fluctuations over the past few decades. 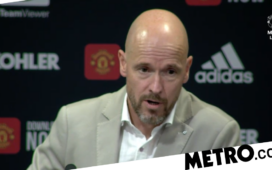