The Argentinian football legend died at home, his lawyer has confirmed, a fortnight after leaving hospital following surgery for a blot clot in his brain.

Maradona is widely recognised as one of the greatest footballers of all time, leading Argentina to World Cup glory in 1986 where he gained notoriety for the ‘Hand of God’ goal against England.

He began his career at Argentinos Juniors before moving on to Boca Junior where he was quickly picked up by Barcelona.

Maradona achieved legendary status with Italian side Napoli, after helping the Serie A side win the title in 1987 and 1990, along with an Italian Cup in 1987 and a Uefa Cup in 1991.

However, while Maradona’s illustrious football career was starting to take shape in Italy, so was a cocaine addiction.

He was slapped with a 15-month suspension for violating drug regulations in 1991 and was thrown out of the 1994 World Cup after testing positive for ephedrine.

The final years of his career were masked in controversy, but his talents on the football pitch inspired a generation.

Brazil legend Pele, also regarded as one of the greatest footballers of all time, paid his own tribute to Maradona following the news.

As quoted by Reuters, Pele admitting that he is sad to “lose friends this way”.

He added: “Certainly one day we’ll kick a ball together in the sky above.”

“I never followed anyone in particular, although when I started to think for myself Diego [Maradona] had recently returned home,” he said in 2015.

“That was in 1993. He joined Newell’s Old Boys when he came back from Spain and was part of the national team that qualified for USA ’94.

“If anybody inspired me starting out, it was undoubtedly him.”

The Argentinean Football Federation issued a tribute to Maradona, writing: “The Argentine Football Association, through its President Claudio Tapia, expresses its deepest sorrow for the death of our legend, Diego Armando Maradona.

“You will always be in our hearts.”

Gary Lineker, who played against Maradona in the 1986 World Cup, posted a poignant tribute on his Twitter page.

He wrote: “Reports from Argentina that Diego Armando Maradona has died.

“By some distance the best player of my generation and arguably the greatest of all time.

“After a blessed but troubled life, hopefully he’ll finally find some comfort in the hands of God.”

Manchester United forward Marcus Rashford posted an image of Maradona during his playing days with the caption: “Legendary”, along with a heartbroken emoji.

Chris Sutton posted: “Very sad news this about Diego Maradona. He was an absolute genius.”

Italian side Fiorentina posted a tribute of their own, writing: “A name that will live on in the history of football forever. 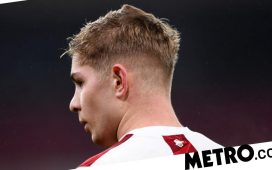 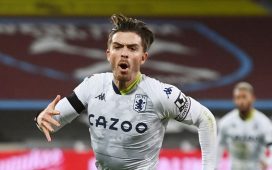 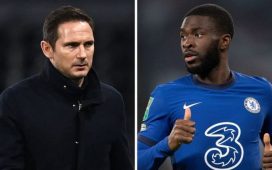