Moments later, witnesses said, a nearby electricity pole went up in flames.

Scottish and Southern Electricity Networks (SSE) initially denied the demolition was to blame, but said later the two were “probably linked”.

A spokesman said the firm was trying to establish the reason for the fault, which caused up to 49,000 homes to lose power until it was restored by 08:20.

“An investigation is under way as to the cause of the incident and SSEN is working with all relevant authorities,” he added.

Crowds who had gathered early to watch the controlled blast said the pole – connected to an overhead power line – caught fire “within 10 seconds” of the detonation.

One witness said the blaze “started with a bit of smoke, then a huge bright blue light and lots of noise before turning bright orange”.

SSE said engineers were alerted to a fault in the Sutton Courtenay area, where the power station is, at 07:04.

There were multiple reports of households suddenly losing electricity.

Power cut in Didcot / Wantage / Abingdon after demolition of Didcot power station. Thousands of homes affected. No traffic lights. I don’t suppose they can just turn it off and on again?!? @BBCNews

While those who went to watch the demolition said the explosion had appeared to affect electrical cables in the surrounding area.

An exclusion zone was set up around the site of the former coal-fired power station, which was turned off in 2013 after 43 years in service.

Site owners RWE Power had warned onlookers not to attempt to view the demolition from close quarters.

The fall of the station’s northern towers came after the three southern towers were demolished in 2014.

RWE Power, which owns the site, said it had planned the demolition over several months with its contractor Brown and Mason and relevant local authorities.

Before the demolition, RWE project manager Tiernan Foley said: “For many people the demolition will mark a significant day for both Didcot and Oxfordshire.

“We would like to thank the local community for their support and all the people who have worked at the site.”

The power station’s gigantic, concrete towers in the heart of Midsomer Murders country have stood in stark contrast to their surroundings and have divided public opinion.

In 2003, Country Life readers voted the landmark Britain’s third worst eyesore, but others have found the structures to be a source of inspiration for poetry.

Didcot A was commissioned in 1964 by the Central Electricity Generating Board (CEGB) before it was connected to the national grid in 1970.

The town’s railway line and proximity to the Thames also meant the location was right for the tonnes of coal and gallons of water the power station would require.

The 2,000 megawatt (MW) station operated until 2013, when RWE Power move to decommission it when new EU reduced emissions rules were brought in.

Owners RWE Npower had planned to clear the site by the end of 2017, but its plans were delayed when the site’s boiler house collapsed, killing four workers.

It took more than six months for the four men’s bodies to be recovered, prompting criticism from their families.

The power station’s 655ft (199.5m) chimney – one of the tallest structures in the UK – will be demolished in the autumn.

1994 – Construction starts on Didcot B, a gas fired station

2009 – Protestors climb chimney and stay there for two days

July 2014 – Three of its cooling towers are demolished

February 2016 – A major incident is declared after the boiler house collapses, and the body of worker Michael Collings is found

September 2016 – The bodies of Ken Cresswell, John Shaw, and Christopher Huxtable are recovered 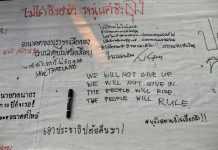 Iceland is selling a Creme Egg inspired cheesecake for Easter