When Angela Merkel speaks, it usually pays to listen carefully.

The German chancellor delighted UK Eurosceptics on Wednesday when ahead of Brexit talks with British prime minister Boris Johnson she appeared to raise the possibility of finding an alternative to the so-called Irish backstop in the next 30 days.

Mr Johnson is demanding the backstop provision be removed from the UK’s withdrawal agreement with the EU, and Ms Merkel’s remarks were hailed in parts of the British media as a sign that Berlin is ready to reopen the Brexit deal.

According to politicians and analysts in Berlin, however, that was plainly not the message Ms Merkel intended to convey.

“She did not move one millimetre,” said Norbert Röttgen, a senior lawmaker from the chancellor’s Christian Democratic Union party and the head of the German parliament’s foreign affairs committee. “At no point did she suggest that Germany is ready to abandon the backstop. The German position is the same as the European position.”

The backstop is intended to prevent the return to a hard Irish border through a customs union between the EU and the UK, but Mr Johnson objects to how it locks Britain into close ties with the bloc, potentially in perpetuity.

Speaking in The Hague on Thursday, Ms Merkel took the unusual step of clarifying her remarks after Mr Johnson said her mooted 30-day timeframe for finding a solution to the backstop was a “blistering timetable”.

“It is not about 30 days,” she said. “The 30 days were meant as an example to highlight the fact that we need to achieve it in a short time because Britain had said they want to leave the European Union on October 31.”

One reason for the Anglo-German confusion may lie in Ms Merkel’s circumspect style of communication. Throughout her long career in German politics, she has made a habit of committing herself in public only at the last moment.

Steeped in the consensual tradition of German politics, Ms Merkel also goes out of her way not to give offence or voice direct criticism of a colleague.

“She wanted to take the confrontational element out of the meeting [with Mr Johnson], but without signalling any change of direction,” said Josef Janning, director of the European Council on Foreign Relations, a think-tank. “It was typical Merkel.”

The official transcript of Ms Merkel’s press briefing with Mr Johnson in Berlin confirms that view.

Rather than question the backstop, the chancellor made clear she is open to a “solution” that would ensure it never enters into effect. In the key passage, she is quoted as saying: “It has been said we can probably find [a solution] in the coming two years. But maybe one can find it also in the next 30 days. Why not? Then we would have taken a whole step forward.”

The chancellor then added a whole catalogue of caveats and conditions. She reminded the media that the European Commission not Berlin was in charge of the Brexit talks, and noted that relations between the Irish Republic and Northern Ireland were not part of her “core competency”. She made clear that nothing must compromise the “integrity” of the European single market. Finally, Ms Merkel said it would be up to the UK to come up with any solution to the backstop.

Mr Röttgen said: “She is saying: we need a solution, so go get us a solution. She is putting the onus on Johnson. But everyone knows that you cannot find a solution for something in 30 days that has not been found in three years.”

He said Ms Merkel’s communication strategy reflected above all the chancellor’s desire to avoid taking the blame for a potentially chaotic no-deal Brexit on October 31.

Charles Grant, director of the Centre for European Reform, another think-tank, said there was a rich history of UK politicians and pundits drawing the wrong conclusions from remarks made by the German chancellor.

“The British like to assume that Germany will solve their problems. [Former British prime minister] David Cameron made this mistake several times.”

Mr Cameron was accused by the opposition Labour party of relying far too much on Ms Merkel during his efforts to secure new EU membership terms for the UK before the 2016 Brexit referendum.

Mr Grant said UK misunderstanding of Ms Merkel was partly “because the British Eurosceptic class is very ignorant about the EU and how it works and what drives it. So they clutch at straws. They mistake Merkel because her tone is polite and moderate.”

For Mr Röttgen, however, the misunderstanding is mutual. “I think a lot of this has to do with the deep sympathy we have for each other,” he said. “We Germans simply cannot imagine that Brexit will happen and we struggle to understand the UK debate. And on the British side there is a feeling that Germany will not leave the UK hanging — and that there will be compromise in the end.” 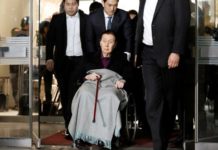 The politics may be murky, but if Flybe failed many regions would be badly hit 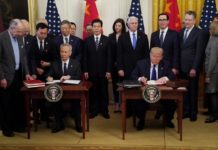 China will increase imports from U.S. according to 'market principles': official 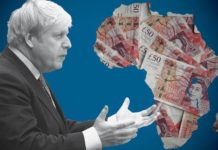 Global Britain changes tack in search of fortune in Africa