Dicebreaker Recommends: Western Legends, Red Dead Redemption: The Board Game in all but name


A criticism sometimes levelled at board games in comparison to video games and their tabletop cousin, the pen-and-paper RPG, is that they lack variety. It’s only natural – with the people around the table handling the rules and pieces in place of code or the limitless human imagination, keeping the possibilities short enough to fit on a player reference card is necessary to avoid turning game night into six hours of administrative work.

This means many board games specialise in doing one or two things, and how well you perform them round after round becomes the grading factor for your final score. Pandemic? Move and remove cubes. Catan? Trade and build. Literally any dungeon-crawler? Move X squares, roll Y dice. There are some exceptions, but these tend to edge back into that foreboding territory of “two hours to learn, 12 hours to play” – your Twilight Imperiums, Campaign for North Africas, Game of Thrones: The Board Gameses. Few board games find the sweet spot between breadth and depth.

Through the saloon doors steps Western Legends, spurs jangling and hat tilted at a confident – but not cocksure – angle. Released in 2018 by designer Hervé Lemaître and publisher Kolossal Games, Western Legends is an open-world board game set in the American Wild West. Cowpoke-themed games are two-a-penny – efforts range from the train-robbing of Colt Express to the disc-flicking shootouts of Flick ’em Up – but Western Legends stands out for its ambitious, and largely successful, attempt to create a true, all-encompassing Wild West sandbox on the tabletop. A Jack Marston of all trades, if you will.

That Red Dead Redemption comparison is particularly apt, because Western Legends is easily the closest board game equivalent to Rockstar’s sweeping heists-and-hijinks sim the tabletop has to offer. Players are free to travel around the game’s map, engaging in whatever activities they feel partial to at any particular moment. You might be prospecting for gold nuggets one turn, kicking back at the local cabaret or stocking up at the town store the next. Almost every action earns ‘legendary points’, so whether you decide to make it as an infamous cattle rustler or poker player is largely up to you.

The open world is underpinned by a simple but effective morality system, which can see players on the side of the sheriff chase down fugitives who’ve earned a bounty on their head by duelling or robbing banks. Breaking the law and advancing up the wanted track has the benefit of a continuous payoff of LP earned every turn that you remain on the run, while chasing down outlaws brings significant score bonuses on the marshal track at the end of the game, making both paths equally viable in terms of reward – if not morals – to pursue. There’s enough space in Western Legends’ world for players to head off and pursue their own ends if they want to, or interact more directly without feeling pressured into constant shootouts.

The ample freedom handed to players allows for some entertaining remixing of Wild West legends, too. The playable characters in the game include the likes of real-life figures such as Billy the Kid, Bass Reeves and Annie Oakley, who come with their own unique talents and objectives, but can be freely led away from their historical place as hero or villain by players’ decisions. This does mean the narrative elements baked into the game’s cards and flavour text are a little more generic than some may prefer, but they’re more than made up for by the emergent stories that spring up between players as they (cow)poke around the corners of the world.

Despite the wide array of pursuits at players’ fingertips, Western Legends stays at a gallop throughout the 90 minutes or so it takes to play. Spurring it on is the clever use of a single deck of cards for performing special actions, resolving combat and gaining other bonus effects. It’s a delightful thematic touch that also keeps things simple enough – plus, it means you can actually play poker at the local saloon, albeit simplified to just the three-card flop. Other activities are similarly stripped to the basics, but still manage to offer enough variety for the reasonable length: you roll dice to prospect – before needing to transport the gold safely to a bank to cash in – collect tokens to herd or rustle cattle, and spend your hard-earned dollars at the store to gain items that further boost your abilities each turn.

Western Legends is a board game that excels in terms of breadth. Its dusty horizons feel far wider than the edges of its cardboard territory, stretching out in players’ minds as they knock back another glass of whiskey to soothe their wounds or squint their eyes into a Leone glare while loosing off an Ace. While it may not be as deep as it is broad, it offers a delightful and diverse celebration of the western genre with none of the hard work – and you can almost play it in the time it takes to clean your guns in Red Dead Redemption 2. Not a bad trade-off, I’d say.

Western Legends is available on Amazon UK and Amazon US. 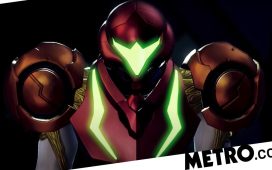