Dialysis patient Brian Pinker was given the jab at Oxford University Hospital.

Just over half a million doses of the newly approved vaccine will be available from Monday, with vulnerable groups already identified as the priority for immunisation.

Mr Pinker, who describes himself as Oxford born and bred, said in a statement issued by NHS England that he was “really proud” that the vaccine had been invented in Oxford.

“I am so pleased to be getting the Covid vaccine today and really proud that it is one that was invented in Oxford”, he said.

“The nurses, doctors and staff today have all been brilliant and I can now really look forward to celebrating my 48th wedding anniversary with my wife Shirley later this year.”

Sam Foster, Chief Nursing Officer at Oxford University Hospitals NHS Foundation Trust, who administered the vaccine to Mr Pinker, said: “It was a real privilege to be able to deliver the first Oxford vaccine at the Churchill Hospital here in Oxford, just a few hundred metres from where it was developed.

“We look forward to vaccinating many more patients and health and care staff with the Oxford vaccine in the coming weeks which will make a huge difference to people living in the communities we serve and the staff who care for them in our hospitals.”

It comes as Health Secretary Matt Hancck has hailed the rollout of the Oxford vaccine as a “vital step” in the fightback against Covid-19.

Mr Hancock tweeted: “Delighted that today we roll out the @UniofOxford/@AstraZeneca vaccine across the whole UK Flag of United Kingdom

“It’s a vital step in our fight against this pandemic

“This is a national mission. Thank you to everyone involved.”

The UK has secured 100 million doses of the Oxford/AstraZeneca vaccine as part of its contract, enough for most of the population.

While some 530,000 doses are to be available from Monday, DHSC said that tens of millions more are to be delivered in the coming weeks and months once batches have been quality checked.

It comes almost a month after rollout of the vaccine developed by Pfizer and BioNTech began, with more than one million people having now received their first dose.

Second doses of either vaccine will now take place within 12 weeks rather than the 21 days that was initially planned with the Pfizer/BioNTech jab, following a change in guidance which aims to accelerate immunisation.

This has been defended by the UK’s four chief medical officers following criticism, including from the British Medical Association (BMA).

The doctors’ union said it was “grossly and patently unfair” for at-risk patients whose imminent second jab appointments would now be rescheduled.

The Oxford/AstraZeneca jab is easier to transport and store than the Pfizer/BioNTech vaccine, which needs cold storage of around minus 70C.

Because it can be stored at fridge temperatures, between two and eight degrees, it is easier to distribute to care homes and other locations across the UK.

In line with recommendations of the Joint Committee on Vaccination and Immunisation (JCVI), vaccination is being rolled out to priority groups including care home residents and staff, people over 80 and healthcare workers.

GPs and local vaccination services have been asked to ensure every care home resident in their local area is vaccinated by the end of January, according to DHSC. 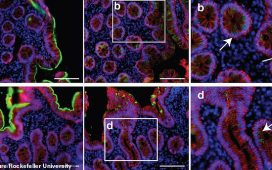 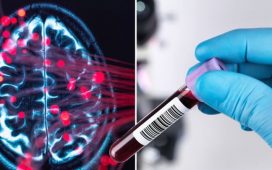 Dementia: New blood test could be a game-changer for treating Alzheimer’s disease 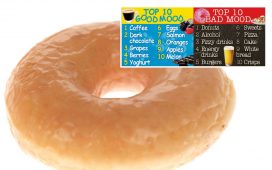 Coffee, dark chocolate and grapes put smiles on our faces but donuts, fizzy drinks and burgers are downers 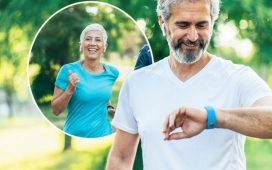 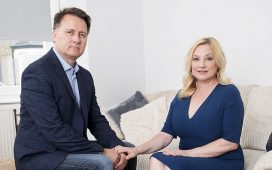