Department stores are far more than just shops. Their loss leaves a hole in the heart | Polly Toynbee


Famously, Napoleon is reputed to have issued the insult, but Britain was always proud, until now. Amid the mudslide of other famous names, the demise of Debenhams leaves not just holes in 124 high streets, but a hole in the heart, too.

Department stores are far more than shops. They belong to the vanishing public realm: they’re intimate yet convivial places to meet, havens for idle browsing, to use toilets or linger in cafes. Their closure feels like losing a park, a library, an arts or leisure centre. A break from shopping in the coffee shop with my mother, nowadays with a daughter, was a rare time to sit and stare at all those other people just like us. One fine word, “haberdashery”, captures their all-encompassing ethos, those button boxes and racks of Sylko cotton reels proving there is no hook-and-eye or curtain ring too small to stock. Arding & Hobbs – pride of Battersea, delight for decades of my life – was later split into a Debenhams, now shut. Every town mourns these lost urban sitting rooms. Where is Hanningtons of Brighton, Lewis’s of Liverpool, or TP Hughes of Tenby? All are engraved on the landscape of local memory.

Writers knew their importance, from Arnold Bennett’s the Old Wives’ Tale to Émile Zola’s Au Bonheur des Dames (adapted for television as The Paradise). From Mr Selfridge to Are You Being Served?, the social ecosystem of these vanishing palaces has been as valuable to script-writers as the Rovers Return or the Queen Vic. Pubs are vanishing too, a quarter closed this century before the pandemic killed another 6,000 last year.

Losing commercial landmarks can matter as much as the public amenities closed or degraded in the wicked 10-year austerity project. More than 15,700 shops closed last year, with 176,000 jobs lost – and this is in a sector where most jobs are held by women. Even charity shops are crashing: Age UK shut 133 last year. You couldn’t invent better symbols of local and national decline than boarded-up shops and pubs in decayed high streets, yet the government has done next to nothing. What political folly, when every focus group has people pointing to semi-defunct shopping parades as a sign no one cares about their neighbourhood.

The cause, as everyone knows, is our own habits: the online click, delivering to the doorstep in the blink of an eye. We want the old shops, but we want online shopping too. But then, it’s the politicians’ job to confront voters’ contrary desires – and yes, the government can intervene.

Here’s the size of the crisis: Prof Joshua Bamfield of the Centre for Retail Research tells me that the operator of the biggest shopping centres hasn’t collected 40% of rents this year. When the eviction moratorium ends in March, the government needs to intervene to renegotiate rents, which were set back when retail was rich. Business rates relief needs extending until the tax system is rapidly reformed to take from the Amazon-style online companies and bolster bricks-and-mortar shops. Nothing stops the government taking a share in high-street flagships: this isn’t picking winners expecting any profit but a relatively cheap investment for the state, for an excellent return in social value.

Debenhams, like Woolworths, could have been saved, says Bamfield, whose views are echoed by other retail experts. But private equity brigands were allowed to milk it, shedding it threadbare and shabby after just three years, lumbered with 10 times its former debt. Philip Green’s failure to invest killed off Arcadia too.

Bamfield points to some thriving department stores such as Jarrolds of Norwich, a success because it’s family-owned and community-rooted, rather than run by property-hungry financiers. “They show how it’s done, with a deli full of local produce, a bookshop and local originality,” he says. But then, he admits, Norwich captures the rich.

Chains now will only stay in wealthy tourist cities, the Yorks and Chesters, or major centres with wide catchments, warns Andrew Carter of Centre for Cities. What of “left-behind” towns, where Dorothy Perkins-type chains will withdraw leaving only bookies, and vape and charity shops? If the government wants a visible “levelling up” quick win, it must invest in bringing those town centres to life.

Shops will go, but what matters, says Carter, is preserving a critical mass. We could redesign empty retail with homes to bring families to live closer to work and that keeps remaining shops alive. Shopping needs reimagining. Let out those empty Debenhams to host pop-ups or any other activities to draw people in. The original dazzling 19th-century department store, Paris’s Le Bon Marché, was famed for eye-catching novelties, with “a reading room for husbands” and entertainments for children.

The pandemic’s good lesson is that governments can do anything if enough people want them to. If a vaccine can be invented and injected in record time, so too can new life be breathed into dying high streets. Why bother? Politicians should note another lockdown lesson: how much we all crave human company in social gathering places of every kind.

Kerbside scheme to cut electronic waste could be launched in UK 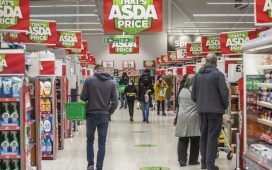 Thousands of Asda jobs at risk in online shopping push

Primark sales plunge by £1.5bn but chain 'expects to break even' 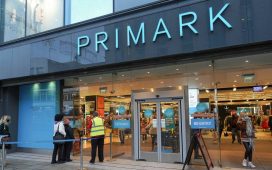