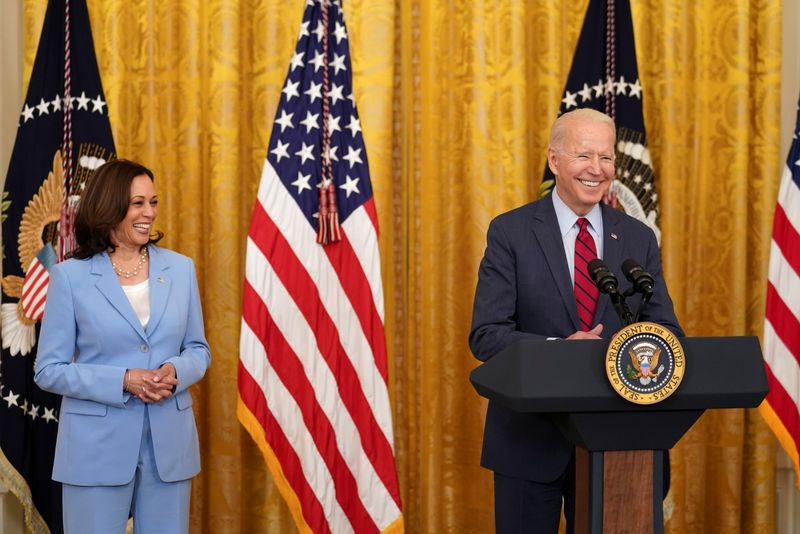 © Reuters. U.S. Vice President Kamala Harris stands next to U.S. President Joe Biden as he delivers remarks on the bipartisan infrastructure deal in the East Room of the White House in Washington, U.S., June 24, 2021. REUTERS/Kevin Lamarque

By David Morgan and Richard Cowan

WASHINGTON (Reuters) -Hours after U.S. President Joe Biden declared “we have a deal” to renew the nation’s infrastructure, the Senate’s top Republican lashed out at plans to follow the $1.2 trillion bipartisan bill with another measure addressing what Democrats call “human infrastructure.”

Biden and top congressional Democrats – House Speaker Nancy Pelosi and Senate Majority Leader Chuck Schumer – had long signaled their plan to link the bipartisan deal with another measure including spending on home health care and child care in an infrastructure bill.

The second measure would be passed through a Senate maneuver called reconciliation https://www.reuters.com/world/us/us-senates-reconciliation-process-its-not-way-it-sounds-2021-06-16, which would allow it to take effect without Republican votes.

“I expect that in the coming months this summer, before the fiscal year is over, that we will have voted on this (bipartisan) bill – the infrastructure bill – as well as voted on the budget resolution,” Biden told reporters at the White House. “But if only one comes to me, I’m not signing it. It’s in tandem.”

“Less than two hours after publicly commending our colleagues and actually endorsing the bipartisan agreement, the President took the extraordinary step of threatening to veto it,” McConnell said on the Senate floor. “It almost makes your head spin.”

McConnell, Pelosi and Schumer have not been directly involved with the bipartisan infrastructure talks. McConnell has not publicly stated if he would back the initiative, though he called it “encouraging” in his floor remarks.

Lindsey Graham, one of the 21 senators who had negotiated the bipartisan deal, said in a tweet: “If reports are accurate that President Biden is refusing to sign a bipartisan deal unless reconciliation is also passed, that would be the ultimate deal breaker for me.”

Progressive (NYSE:) members of Congress – some of whom were pushing for a sweeping $6 trillion bill – had indicated they would not support the smaller bipartisan bill without a companion measure.

The investments would be paid for through more than a dozen funding mechanisms, including $100 billion in estimated tax revenues from a ramp-up in enforcement by the Internal Revenue Service, unused COVID-19 aid money, unemployment insurance funds returned by U.S. states, and oil sales from the Strategic Petroleum Reserve. [L2N2O62SZ]

The phrase “infrastructure week” became a Washington punchline during Donald Trump’s four years as president after he promised to make such legislation a centerpiece but did not unveil a plan for Congress to consider, including financing mechanisms for projects.

See also  The master distiller behind the success of Hendrick's Gin

Schumer said he supported the outline of the deal but wanted to see the details. He also noted that the $1.2 trillion bill focused on physical infrastructure would not get the Democratic votes needed to pass it without an accompanying package tackling social issues, including home healthcare.

Pelosi said the House would vote on the bipartisan bill only after the Senate had also approved the additional reconciliation bill.

That could mean that the battle over the massive bills could extend into September and beyond.

Biden, seeking to fuel economic growth and address income inequality after the coronavirus pandemic, initially proposed spending about $2.3 trillion. Republicans chafed at his definition of infrastructure, which included fighting climate change and providing care for children and the elderly.

The White House later trimmed the package to about $1.7 trillion in an unsuccessful bid to win the Republican support needed for any plan to get the 60 votes required to advance most legislation in the evenly split 100-seat Senate.

A major sticking point had been how to pay for the investments. Biden has pledged not to increase taxes on Americans earning less than $400,000 a year, while Republicans are determined to protect a 2017 cut in corporate taxes.

Republican Senator John Thune said there were questions about whether watchdogs, including the Congressional Budget Office, would recognize some of the funding mechanisms as achieving savings. 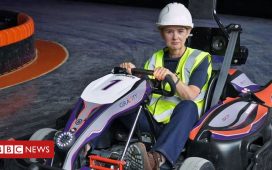 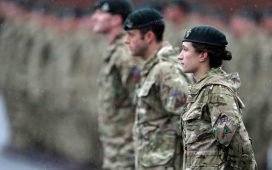 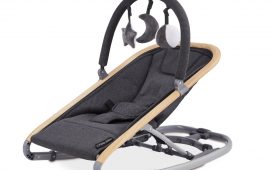 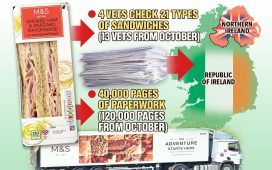