The US state of Georgia on Wednesday afternoon looked set to present an early inauguration gift to President-elect Joe Biden, giving him a decent shot at breaking Washington gridlock and enacting his agenda.

If Democrats win both Senate runoff elections in that state and gain control of the chamber, as is now widely expected, it will also mark a profound political shift in the American south, full of grim omens for Donald Trump and a divided Republican party.

Raphael Warnock, who defeated Senator Kelly Loeffler, made history as the first Black senator from Georgia, a state shaped by the legacy of the civil war, the Jim Crow era and the civil rights movement. Jon Ossoff appeared to be on course to unseat the Republican incumbent David Perdue and would become the youngest member of the Senate at 33.

The resulting 50-50 party split in the Senate would give the incoming vice-president, Kamala Harris, the tie-breaker vote and make Democrat Chuck Schumer majority leader. That would give Democrats an unlikely clean sweep of the White House, Senate and House of Representatives in the lengthy aftermath of the November presidential election.

Warnock and Ossoff may yet help Biden implement what could be the most progressive legislative agenda in generations. In order to facilitate everything from confirming his cabinet nominees to raising taxes and enacting a sweeping climate plan, Biden will need Senate approval. Senate committees will be chaired by Democrats rather than Republicans.

Of course, it will not be plain sailing. The Democratic senator Joe Manchin of the staunchly pro-Trump state of West Virginia, will now wield extraordinary influence and be able to curb progressives’ ambitions.

And the Senate cloture rule – which requires 60 votes to cut off debate on most measures – enables Republicans to filibuster significant parts of the Democrats’ agenda. But the budget reconciliation process will allow Biden to circumvent the filibuster for some of his spending plans.

It is all vastly preferable to what had seemed the probable alternative: the Kentucky Republican Mitch McConnell as majority leader, ruthlessly blocking the incoming Democratic president’s legislative goals and judicial nominees. Haggling in what used to be called smoke-filled rooms would have been the order of the day.

Trump now seems destined to go down in history as the man who lost the presidency after one term and was impeached along the way, then lost the House and – after two months of particularly wild and corrupt behaviour – lost the Senate to boot.

This undercuts the narrative that down-ballot candidates rode his presidential coat-tails and strengthens the argument that his brand of mendacious demagoguery has become a liability, and all amid an out-of-control coronavirus pandemic that he downplayed from its start almost a year ago.

“If they win, I will get no credit and, if they lose, they’re going to blame Trump,” he said with characteristic self-pity at possibly his last campaign rally as president in Dalton, Georgia, on Monday night.

Loeffler and Perdue fiercely aligned themselves with the president, including his bogus claims of election fraud. Their loss may be a warning to other Republicans about the limits of Trump’s appeal after he leaves office, particularly in fast-changing parts of the country.

Georgia now looks more like Arizona – another once reliably conservative state with an increasingly diverse electorate anchored around a major city – than its southern neighbors. After backing Trump in 2016, Arizona has since sent two Democratic senators to Washington and voted for Biden in November.

For Democrats, their success was affirmation that a “new Georgia” was rising in the south. In their telling, the state’s political transformation began long before Trump ran for president, spurred by not only by demographic change and a reverse migration of young Black – and white – residents to Georgia but also by decades of long-term organizing to get out the vote.

Population growth and immigration have turned the once-conservative and mostly white suburbs of Atlanta into diverse and Democratic-friendly territory, and in addition, Black voters surged to the polls in some rural areas and smaller cities where such turnout has historically lagged.

Until the 1970s, conservative Democrats dominated Georgia politics. Unlike its neighbors, the state initially resisted Republicans’ rise across the deep south but ultimately relented in the early 2000s. Georgia has been reliably Republican in the two decades since.

During that time, activists say the Democratic party fought to regain its foothold by returning to an old playbook. The party ran candidates who sought to appeal to moderate white voters while relying on Black voters, who represent nearly a third of the state’s electorate and lean heavily Democratic.

This clashed with a new vision for Georgia Democrats, championed by a group of Black female leaders, who pushed the party to abandon the fiscal and social conservatism of the past and embrace a new, more progressive and inclusive politics.

For decades, activists worked to register disaffected voters, newly arrived immigrants and young people. Their work was year-round but their gains were gradual and they struggled to convince donors and national leaders to take the state seriously as a battleground.

Stacey Abrams, the former minority leader of the state house of representatives, who founded a voter registration group called the New Georgia Project, has become the public face of these efforts.

At a campaign rally on the eve of the runoffs, Biden praised Abrams’s work: “You’ve changed Georgia and you’re changing America.”

Reginald D Hunter | This much I know 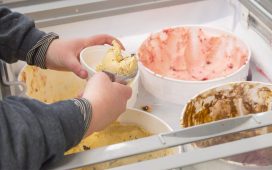 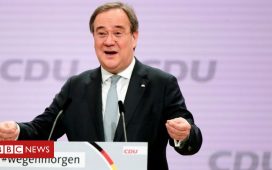