Dementia describes a collection of symptoms associated with brain decline, namely memory loss and confusion. Once it takes root, dementia cannot be stopped, placing strain on families and the healthcare system alike. However, according to Dr Clare Durrant, Race Against Dementia Dyson Fellow, there are simple lifestyle changes thought to stave off your risk of developing the brain decline.

Sticking to the diet more strictly might be associated with slower rates of decline in memory and thinking.

As the Alzheimer’s Society reports, a systematic review scanned all the existing evidence about the Mediterranean diet relating to problems with memory and thinking and dementia, to assess the potential benefits.

A lot of research was not included in this study because it was not stringent enough or it did not look at the diet as a whole.

The studies that remained seem to show an association between the Mediterranean diet and lower levels of memory and thinking problems.

What accounts for this positive association?

Alzheimer’s Society explains: “High levels of antioxidants from the high intake of fruits and vegetables may help to protect against some of the damage to brain cells associated with Alzheimer’s disease, as well as increasing the levels of proteins in the brain that protect brain cells from this damage.”

According to the health body, inflammation in the brain is associated with Alzheimer’s disease (although in this context we mean chemical changes within the brain’s immune system, rather than swelling).

“There are suggestions that the diet reduces the signs of this inflammation.”

In addition to eating well, exercise has shown some promise in bolstering the brain’s defences.

Although the protective mechanisms are not fully understood, a lack of regular physical activity can increase your risk of heart disease, becoming overweight or obese, and type 2 diabetes, all of which are linked to a higher risk of dementia, warns the NHS.

“Older adults who do not exercise are also more likely to have problems with memory or thinking (known as cognitive ability),” says the health body.

Follow the UK recommended guidelines of doing at least 150 minutes of moderate-intensity aerobic activity each week, such as brisk walking, cycling or dancing. 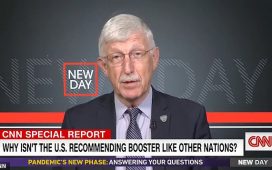 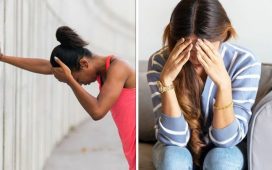 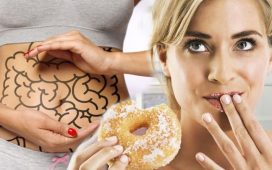 Gut health: Two food types which should be limited to help improve your microbiome 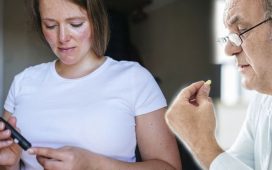 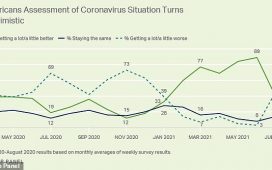