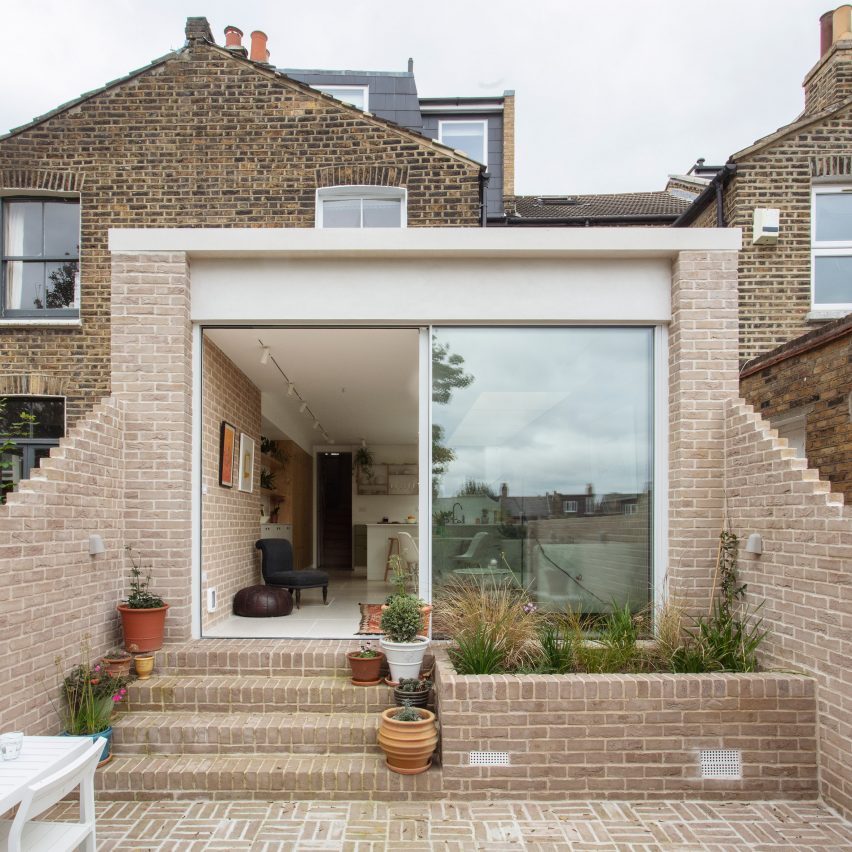 Local studio Delve Architects has extended a terraced home in south London by adding a brick-lined kitchen designed to be easily transformed into the Ivanhoe Gallery exhibition space for displaying work by local artists.

Commissioned by Katherine Oliver, founder of Oliver Projects consultancy and “nomadic gallery” that specialises in promoting the work of south London artists, the extension was designed to both improve the house and double as an exhibition space.

Requiring additional space for a family of five in the three-storey home, Delve Architects was commissioned to create an adaptable space at the rear of the house.

“Covering residential, cultural, retrofit, improving performance and quality detailing, Ivanhoe Gallery really sums up a lot of what we love to do as architects with home projects at Delve,” said director Ed Martin.

Stepping down at the rear of the narrow terraced site, the extension is sandwiched between two new brick walls that continue into the garden, enclosing a brick-paved patio onto which the new lounge area can open through full-height glass sliding doors.

Informed by brutalism and Mediterranean courtyards, a palette of brick, terrazzo tiles and pre-cast concrete is combined with concealed picture rails and two tracks of gallery-style lighting. 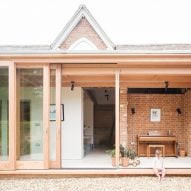 Built-in storage in the kitchen area is designed to be easily concealed when needed, while maintaining some of the domestic feel in the space.

“Hidden picture rails recessed within ceilings and carefully placed lighting allow the space to be quickly converted from a domestic kitchen and living area into a gallery space,” said the studio.

“The perception of space and light has been created by utilising the full width of the plot and continuing a simple palette of materials from inside to outside.”

Two new openings in the existing home frame views through the extension out to the garden, and a long, timber-framed skylight brings light into the new kitchen area.

Ivanhoe Gallery was completed in time for its first exhibition opening on 1st June 2021.

South London-based Delve Architects was founded in 2017 by directors Edward Martin and Alex Raher. Previous projects by the practice include the conversion of a 19th-century stone barn in Surrey into a home.

The photography is by Emanuelis Stasaitis. 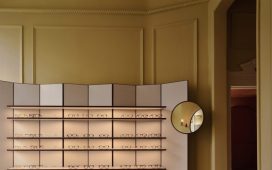 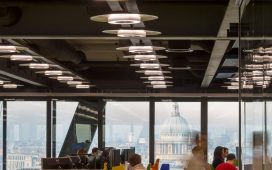 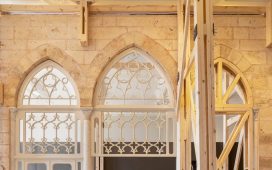