Fears that the fast-spreading Delta variant of Covid-19 will hurt the global recovery sent stocks sliding on Thursday, as investors worried that economic growth could be slowing.

Shares fell sharply in London and across other European exchanges, after losses in Asia-Pacific markets, on concerns that the economic rebound from the shock of the pandemic may have peaked, and on signs of a slowdown in China.

The FTSE 100 index of blue-chip shares in London fell by 120 points, or 1.7%, to close at 7030 points, its biggest one-day fall in three weeks. Retailers, mining companies, housebuilders, hospitality firms and financial stocks led the fallers.

The Europe-wide Stoxx 600 posted its biggest loss in two months, down 1.8%, with France’s CAC index shedding 2% in its steepest fall since late April.

Spain’s Ibex fell 2.3% after the French government warned citizens against travelling to Spain or Portugal on holiday because of a rise in Covid-19 cases.

On Wall Street, the S&P 500 slid by 1.5% from its latest record high in early trading before a minor recovery, with financial stocks, mining companies, industrials and tech firms hit.

The Delta variant is already the dominant strain of Covid-19 in the US, accounting for more than 50% of all new cases. Medical experts fear that this more infectious variant poses a serious risk to those Americans who are not vaccinated, potentially leading to a surge in infections that puts the economic reopening into reverse.

Japan’s decision to hold the Tokyo Olympics without spectators under a Covid-19 state of emergency, following a rise in cases, also soured the mood in the markets.

“It looks like optimism over a sharp global recovery has been replaced by mild fears that growth is nearing a peak and that central banks are likely to slowly taper their emergency stimulus measures,” said Fawad Razaqzada, an analyst at Think Markets. “Rising cases of the Delta variant of Covid-19 has weighed on the recovery prospects, with Japan officially declaring a state of emergency for Tokyo just two weeks before the Olympics.”

Although economic growth has been rapid this year, there have been signs that the bounceback may be peaking. The US service sector saw a slowdown last month, while growth at China’s factories hit a four-month low, with Covid-19 outbreaks at key ports disrupting trade.

US government bond prices have surged this week, sending the yield (or interest rate) on 10-year US treasuries down to their lowest level since February, at just 1.25%. That signalled that investors are less concerned about surging inflation forcing interest rates to rise, and more anxious that growth could be weaker than expected.

A small rise in the number of Americans applying for unemployment benefits also indicated that the US recovery could be easing off. The initial claims total rose by 2,000 last week, to 373,000, missing expectations of another fall, but still near a pandemic low.

Concerns over China’s economy rose after Beijing’s state council surprised investors by saying that its central bank would stimulate the economy by allowing banks to lend more to businesses.

“The market has interpreted that notion as a potential sign that there is more underneath the hood in China that is going wrong,” said Brad Bechtel of Jefferies.

China’s CSI 300 fell 1%, as did the Kospi index in South Korea, where Covid-19 cases hit a daily record on Thursday this week.

Beijing’s increased scrutiny on Chinese tech companies listed on foreign exchanges also hit the markets. An index of tech stocks listed in Hong Kong fell to its lowest since last October, dragging the Hang Seng index down by almost 3% to a six-month low.

The global death toll from Covid-19 hit 4 million confirmed deaths on Thursday. Cases have been rising in countries throughout the Asia Pacific, with Indonesia facing a deepening crisis, reporting 34,379 new cases and 1,040 fatalities on Wednesday, both record highs.

Cases have also picked up in Germany and Spain, while UK cases hit 30,000 a day for the first time since January this week. 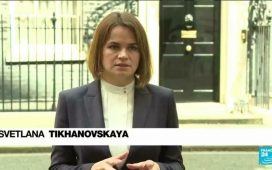