The people of Agadama community of Uwheru Kingdom in Ughelli North Local Government Area of Delta State have described the recent attack by suspected Fulani herdsmen as the worst hit in recent times, noting that the community has lost over 86 people since the attacks started in 2012.

Addressing the House of Representatives member representing Ughell-Udu constituency, Mr Francis Waive, community Chairman Sunday Iniovogoma said the attacks have an annual assault, adding that the people in the area are passing through difficulties.

Iniovogoma said 8 persons were killed in the latest attack with several others sustaining severe injuries.

He alleged that some of the killings were done by the army stationed at the Bomadi Barrack.

“Please, kindly beg the Nigeria Chief of Army Staff for us that this incident should not occur anymore in our land, they are there to protect us because we are not slaves but indigenes of the soil and, if nothing is done, we will have no option but defend ourselves,” he told the federal lawmaker.

Also, a community leader, Chapman Oyibo Dickson, alleged that on February 12, “Fulani herdsmen in collaboration with the Nigeria Army based in Bomadi came to carry out assault on the executive of Port-Avwon community that was holding their meeting and all they could hear was ‘na una be dis’ and the next thing was gunshot killing two persons, and another six in the bush.

“And those who came to see what was happening were also shot by the Nigeria Army; one Ekwa Jerkins from Ohoror was also shot. We appealing to the federal government to come and save us and our community from this attack.”

Addressing the traumatised people, Waive, who called for proper investigation into the killings, sympathised with families who lost their members to the rampaging herdsmen during the attacks.

“We have to find out what happened to know the exact situation and enduring solutions that will ensure that this does not repeat itself because what has happened to the people of Agadama and Avwon is condemnable and it calls for unbiased investigations.

“There should be proper investigations to unveil whoever is behind this gruesome attack to be brought to book to face the wrath of the law. Your pain is my pain and I am in touch with the authorities concerned to ensure that you are all protected

“It’s very painful that our people have deserted their homes, so, I came to sympathise with our people of Uwheru and, by the grace of God, this would be the last incident of attack.

“I appeal for calm; I appeal for peace so that those who have left the community can come back. I have the assurances of the law enforcement agencies that they would not come here to harass anybody anymore. 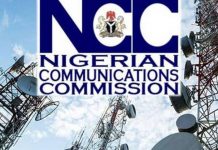