Ministers have come under fire over delays to implementing new Covid testing rules for lorry drivers which won’t come into force until after the Easter weekend.

Home Affairs Committee chairwoman Yvette Cooper warned that “delays risk lives” and questioned why the new regime is not due to begin until April 6 – more than a week after it was announced.

Transport Secretary Grant Shapps said on Sunday that hauliers arriving in England from abroad for more than two days would need to take regular Covid tests amid fears over new variants as cases spiral in Europe.

Truck drivers are exempt from quarantine rules to allow them to come in and out of the UK with vital supplies, alongside other key workers such as airline pilots and international rail crew.

But under the new rules, truckers spending more than two days in the UK must get tested within 48 hours and then every three days afterwards – typically on days 5 and 8.

Those travelling from Ireland, the Channel Islands or the Isle of Man – known as the Common Travel Area (CTA) – do not need to be tested unless they have been outside those areas in the 10 days before arriving in England.

Separately, drivers will now be required to self-isolate in their cabs during their time in England, leaving only to buy food, use a toilet, do limited exercise, or get a COVID-19 test.

Mr Shapps said: “This is to ensure we keep track of any future Coronavirus Variants of Concern.”

Lorry drivers who fail to self-isolate in their cabs face fines of up to £1,000, while failure to provide proof of a negative Covid test carries a £2,000 fine.

However Ms Cooper said the delays in implementing the new rules “make no sense”.

She said: “This is nearly 2 weeks after I raised it with the Prime Minister and he resisted, nearly 2 months after concerns were first raised about the spread of the South Africa variant in France in mid-February, and over 3 months since testing was introduced for hauliers leaving the UK.

She also questioned why the rules fail to cover hauliers who are in the UK for less than 48 hours.

Ms Cooper went on: “The frustrating thing about all this is we’ve had testing of hauliers going to France since Christmas so we know it can be done.

“Why is it still taking so long to get a proper system without big holes in for hauliers travelling into the UK?

“Given the potential risks from the South Africa variant to the vaccine rollout and the route out of lockdown, ministers should be acting much faster and being much more vigilant than this.”

A similar decision by France was brought in at the last minute in December, causing travel chaos as thousands of lorries were stranded in Kent waiting for arrangements to be put in place.

Downing Street defended the delays to the implementation of new tests, saying it would give the industry “necessary time to prepare”.

The Prime Minister’s official spokesman said measures would be kept under review and would be toughened if necessary.

Asked why hauliers aren’t being tested on arrival, the spokesman said: “The testing regime balances public health and the need for them to be practical in allowing critical activity.

“The Prime Minister has spoken before about the flow of crucial goods and the need for that to continue through the short straits.”

Asked why France had not been added to the travel “red list” despite high Covid rates, the spokesman said: “As we have done throughout the pandemic, we obviously keep all of our measures at the border under constant review.

“As we have done throughout the pandemic we will not hesitate to introduce tougher restrictions if necessary.”

Foreign travel is illegal in England until at least May 17, except for a limited number of reasons.

It comes after the Government faced criticism over its slow decision-making on borders, with blanket quarantine rules not implemented until nearly a year after the virus first arrived in the UK. 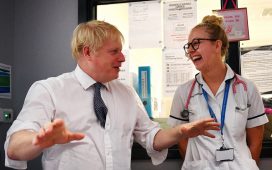 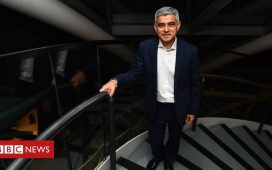 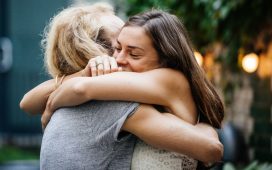 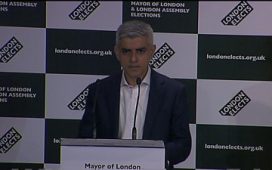 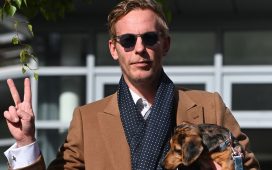