The Department for Environment, Food and Rural Affairs has dismissed reports of a proposed ‘nappy tax’ in a bid to force parents to switch to reusable alternatives.

It had been reported that disposable nappies could be slapped with a new tax in a bid to protect the environment.

The move was said to be aimed at stopping nappies from going to landfill sites while some warned of the added time pressures on already busy parents.

A government consultation has already been announced to scrap single-use plastic plates, cutlery and polystyrene cups.

Ministers hope the drive, which would apply to England, will force businesses to switch to greener alternatives which are better for the planet.

Reports claimed that single use nappies, used by many parents across the country, could be the next item on the list.

What are your thoughts on this story? Let us know in the comments below

A Whitehall source involved in the policy reportedly told the Daily Mail: “The next single-use plastic item we are looking at is nappies.

“But you couldn’t ban them – that would be too tough for parents. It would need to take some form of a tax.”

However responding to the story Defra told the Mirror there were ‘no plans’ for a nappy tax.

A spokesperson said: “This story is untrue and there are absolutely no plans to put a tax on nappies.

“The UK is a global leader in tackling plastic pollution.

“We have banned both microbeads in rinse-off personal care products and the supply of plastic straws, stirrers and cotton buds, and our carrier bag charge has cut sales by 95% in the main supermarkets.”

Grandparents can pocket £2,675 a year for looking after grandkids – here’s how

According to environmental group City at Sea eight millions disposable nappies are chucked into landfill each day.

Keep Britain Tidy said as part of a campaign earlier this year that many people were mistakenly throwing the nappies away into recycling, contaminating other recyclable items.

See also  Sir David Attenborough warns Boris Johnson eco-policies should not be costly if he wants people to back them
Share on FacebookShare on TwitterShare on PinterestShare on Reddit
newscabalAugust 31, 2021

Nadine Dorries should write what she likes. And I’ll read what I like | Alex Clark 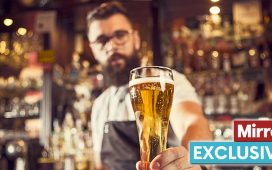 Ed Miliband: honour promises on jabs to poor countries to save Cop26 deal 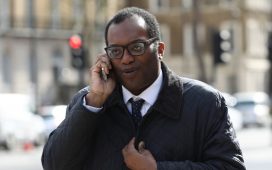 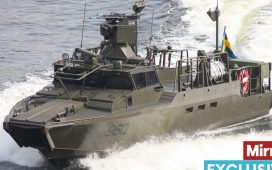