The extreme conditions of the deepest parts of the oceans could present new possibilities for life on this planet and other ocean worlds in the universe, a new study suggests.

The findings, which stem from scientists at Arizona State University and Central South University in China, notes that life is capable of surviving in the darkest places underwater and vents comprised of silica can let tiny, microscopic life forms thrive.

These tiny life forms are more likely to exist in extreme conditions on Earth, like vents where hydrothermal fluid mixes with seawater.

These vents are areas that are ‘particularly favorable’ to the formation of the building blocks of life, like amino acids and sugars, since the rocks that make up the vents produce large amounts of hydrogen. 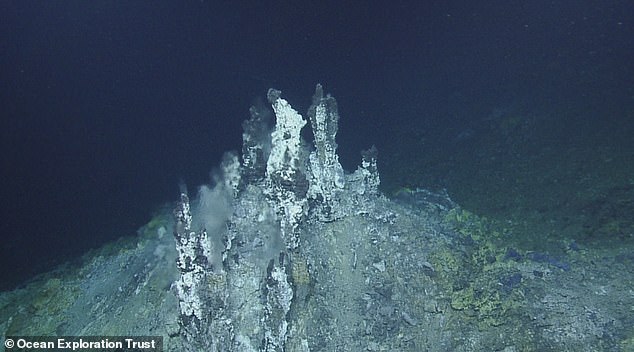 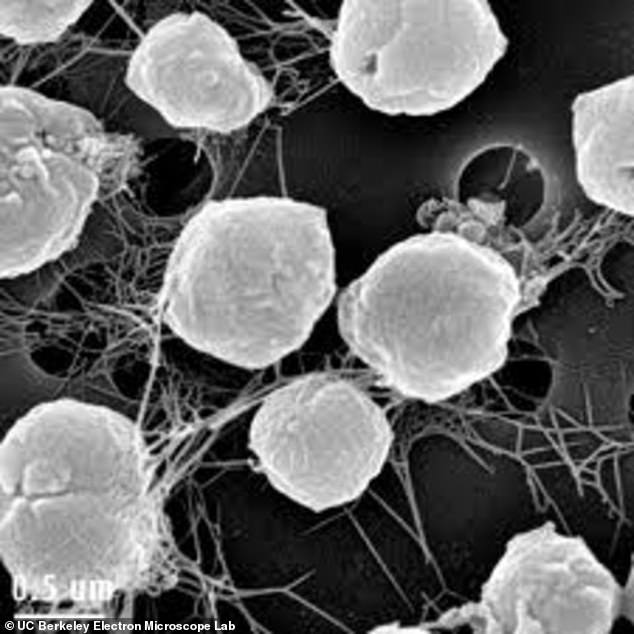 The researchers used thermodynamic modeling and data from the Methanocaldococcus jannaschii (pictured), a single cell organism that has been found in the depths of the ocean near vents

‘On land, in the oxygen-rich atmosphere of Earth, it is familiar to many people that making the molecules of life requires energy,’ study co-author Everett Shock said in a statement.

The study’s other author, Jeffrey Dick, from Arizona State, concurred:  ‘In other words, where there is life, there is water, but water needs to be driven out of the system for polymerization to become favorable.

‘So, there are two opposing energy flows: release of energy by biosynthesis of basic building blocks, and the energy required for polymerization.’

As such, these findings could be a sign tiny microorganisms exist on other celestial bodies that are comprised of water.

The researchers used thermodynamic modeling and data from the Methanocaldococcus jannaschii, a single cell organism that has been found in the depths of the ocean near vents.

In their calculations, the experts found that the synthesis of almost all of the proteins in the genome give off energy in the mixing zone at extreme temperatures, around 185 degrees Fahrenheit.

Different vent systems give off less hydrogen and thus, the synthesis of the proteins is not as favorable.

‘This finding provides a new perspective on not only biochemistry but also ecology because it suggests that certain groups of organisms are inherently more favored in specific hydrothermal environments,’ Dick, a professor at Central South University, added.

The study’s findings could play an important role as NASA and other space agencies explore ocean worlds in the solar system, notably Enceladus, Europa and Titan.

‘As we explore,’ Shock concluded, ‘we’re reminded time and again that we should never equate where we live as what is habitable to life.’

The study was published last month in the Journal of Geophysical Research: Biogeosciences.

In 2020, a British space scientist said it is ‘almost a racing certain’ that Europa is home to alien life, going so gar as to suggest they are ‘octopus’ like creatures.

Separately that year, scientists found that Europa’s ocean ‘contains all the ingredients for life.’

The findings of the new study are of interest to both NASA and the European Space Agency. 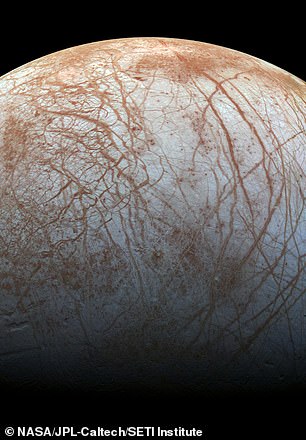 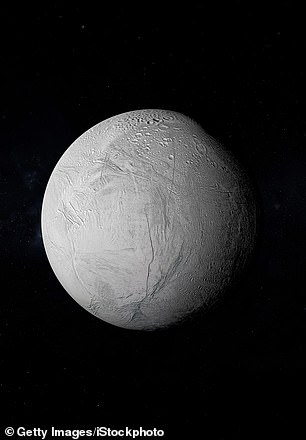 The study’s findings could play an important role as NASA and other space agencies explore ocean worlds in the solar system, notably Enceladus, Europa and Titan

The Europa Clipper mission could answer whether the icy celestial body is habitable for humans and capable of supporting life.

In addition, it will look for potential areas on the moon, the sixth-largest in the solar system, for a lander to touchdown.

The spacecraft will arrive at the moon in 2030 and use radar to look beneath the surface and an analyzer to study dust coming from the world in plumes.

In October, scientists learned that the rivers on Saturn’s moon Titan are deeper than first thought and they could provide a map for NASA’s Dragonfly mission to determine whether the celestial satellite is ripe to host life.

WHAT DO WE KNOW ABOUT EUROPA AND WHY IS IT SO SPECIAL?

Europa orbits Jupiter every 3.5 days and is tidally locked – just like Earth’s Moon – so that the same side of Europa faces Jupiter at all times.

It is thought to have an iron core, a rocky mantle and a surface ocean of salty water, like Earth.

Unlike on Earth, however, this ocean is deep enough to cover the whole surface of Europa, and being far from the sun, the ocean surface is globally frozen over.

Many experts believe the hidden ocean surrounding Europa, warmed by powerful tidal forces caused by Jupiter’s gravity, may have conditions favourable for life.

Nasa scientists are on the verge of exploring Jupiter’s ocean moon Europa for signs of alien life.

Europa is our best shot of finding biological life in the solar system, researchers say.

The space agency is priming two probes, including one that will land on its surface, to explore the distant moon in detail within the next decade, the agency says. 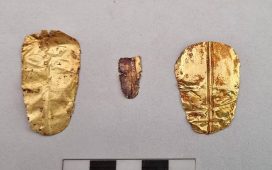