And it appeared she well and truly felt the love from her co-stars Erin Molan and Belinda Russell.

Deborah took to Instagram, sharing a clip of herself getting showered with attention from on-air talent and Nine stylists. 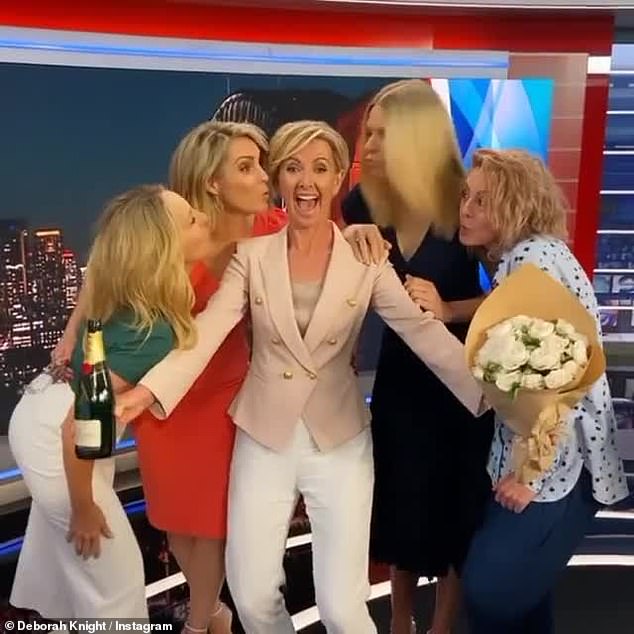 Feel the love! Axed Today show host Deborah Knight (pictured, centre) got air kisses from Channel Nine stars as she celebrated her 47th birthday in the studio on Saturday

In the clip, the blonde breakfast star could be seen smiling as she clutched a bottle of Moët champagne and a bouquet of flowers.

Journalists Belinda Russell and Erin Molan posed with her, as well as hairdresser Kate Lewis and makeup artist Jo Bursill.

A second snap saw her alongside Belinda Russell and Erin Molan.

Milestone: Deb clutched a bottle of champagne and a bouquet of flowers surrounded by (from left) Kate Lewis, Belinda Russell, Erin Molan and Jo Bursill

‘Spoiled rotten by the best in the biz,’ she wrote.

Deborah went on to thank the ladies of Nine News Sydney, who also got her a cake.

‘If you’re going to spend your birthday at work, it’s great to do it with this lot.’ 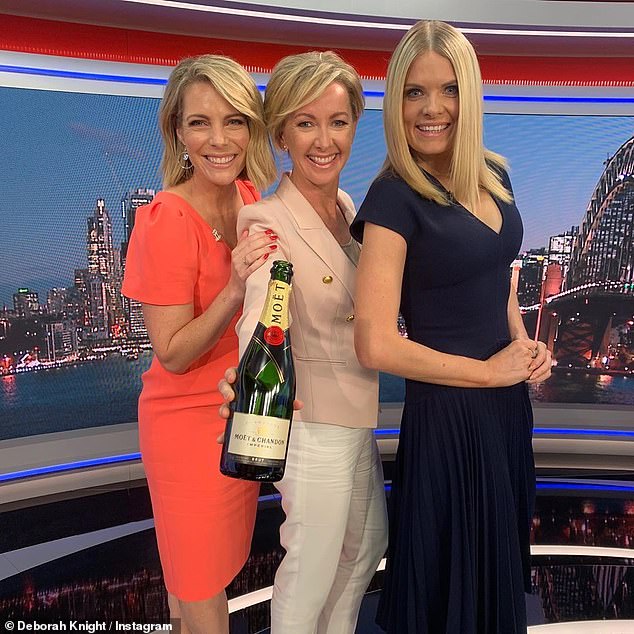 One for the ladies! Deb was all smiles as she posed alongside Belinda (L) and Erin (R) 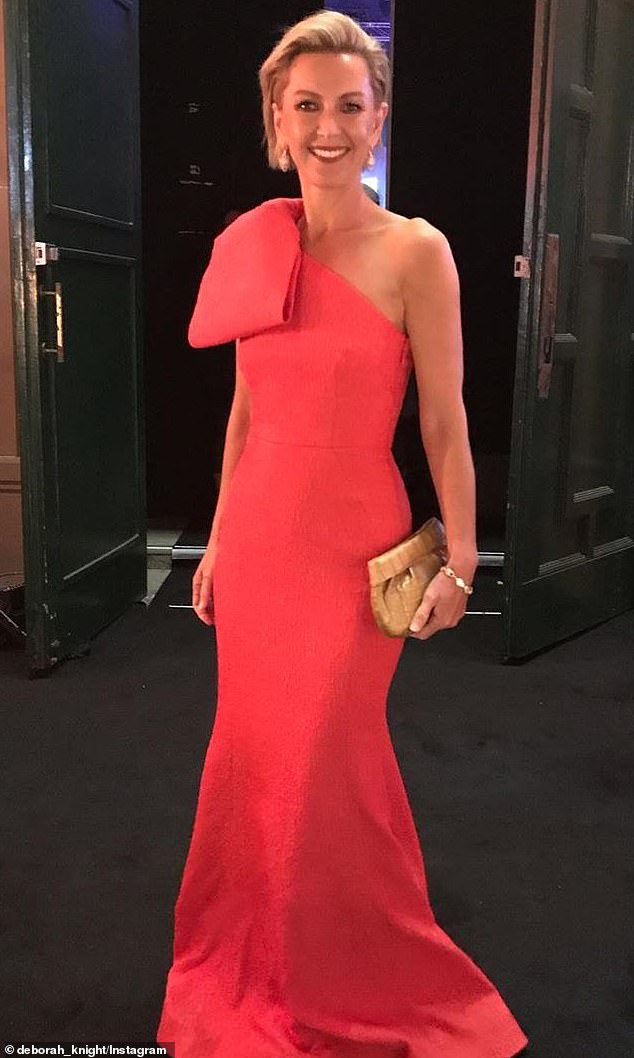 A number of other Australian media names – including Brooke Boney, Chris Bath and axed co-host Georgie Gardner – wished her a happy birthday.

It comes amid the sad news that Deb was booted from the Today show alongside Georgie Gardner after a year of poor ratings.

Channel Nine made the shock announcement that former Today show anchor Karl Stefanovic would return to the show alongside co-host Allison Langdon. 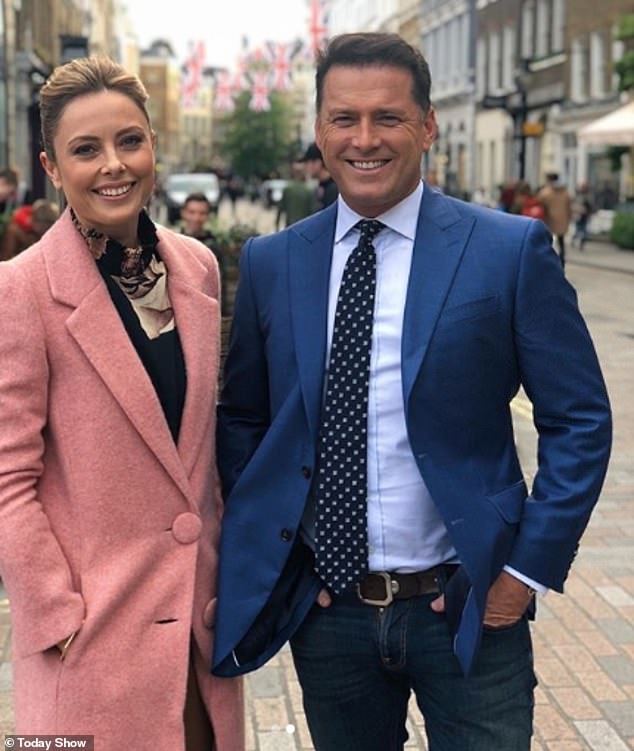 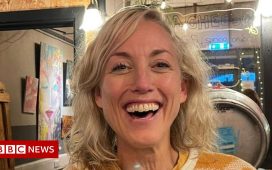 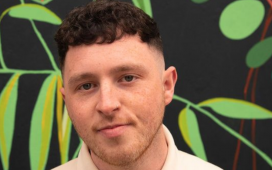 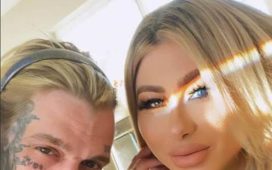