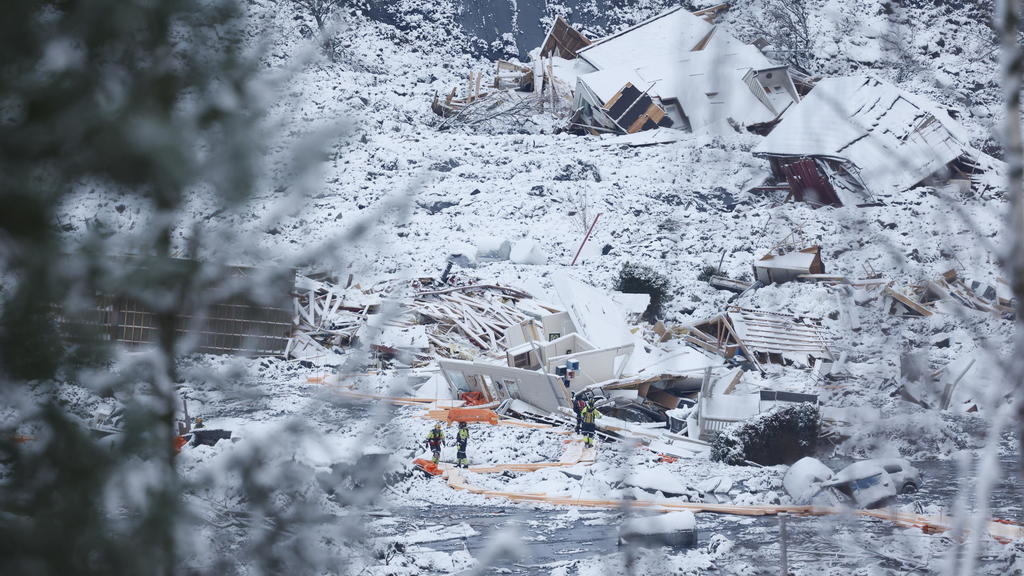 Rescue workers have uncovered a fifth body four days after a landslide buried homes near Norway’s capital, police said Sunday, as the search goes on for five people still missing.

The tragedy occurred in the early hours of Wednesday when houses were destroyed and shifted hundreds of metres under a torrent of mud at the village of Ask, 25 kilometres (15 miles) northeast of Oslo.

“Just before six am a deceased person was found,” a police statement said.

The discovery of a fourth body had been made Saturday after three were recovered the day before at the bleak, snow-covered scene at Ask, in Gjerdrum municipality.

Police on Saturday identified the body of the first person found on Friday as 31-year-old Eirik Grønolen.

The identities of the four other dead have not been released.

But police on Friday published a list of the names of all the eight adults, a two-year-old and a 13-year-old child who went missing on Wednesday.

The worst landslide in Norway in 30 years. Happened at 3 AM tonight.

A lot of people aren’t found, and 1500 people has been evacuated.

My heart goes out to all the people who lost their house and their belongings, and to family and friends of the people who still aren’t found pic.twitter.com/WiOlBOrEzP

Ten people were also injured in the landslide, including one seriously who was transferred to Oslo for treatment.

About a thousand people have been evacuated out of a local population of 5,000, because of fears for the safety of their homes as the land continues to move.

Search and rescue teams have been using sniffer dogs, helicopters and drones in a bid to find survivors.

The search teams were also digging channels in the ground to evacuate casualties.

Experts say the disaster was a “quick clay slide” of approximately 300 by 800 metres (yards).

Quick clay is found in Norway and Sweden and notorious for collapsing after turning to fluid when overstressed.

Prime Minister Erna Solberg described it as one of the biggest landslides the country had ever experienced.

The royal court said in a statement that King Harald, his wife Sonja and Crown Prince Haakon were to visit the disaster area later Sunday morning. 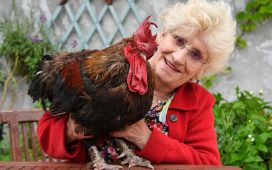 Cannes film festival 2021 to be delayed until July – report 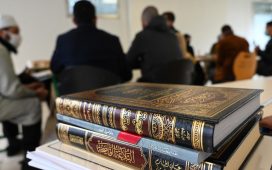 Austrian mayors who got leftover Covid vaccines accused of 'queue-jumping'