Death Stranding is almost here, following years of mystic cinematic trailers and confusing screenshots from the mind behind the Metal Gear series, Hideo Kojima. Featuring famous faces including Norman Reedus, Mads Mikkelsen and Léa Seydoux, the game is set to be a star-studded as a Hollywood Blockbuster movie – and early reviews seem very positive too.

Death Stranding is due for release this Friday, 8 November 2019, and here’s where we outline everything you need to know about pre-orders and preload timing.

By this point, most major retailers are offering pre-orders of Death Stranding, but not all retailers will offer access to all editions of the game. Take the Special Edition as an example; it’s a GAME exclusive in the UK, and it’s a similar story with the Collector’s Edition too.

But fear not; we’ve broken down the various editions of Death Stranding right here and included links to UK and US retailers too. 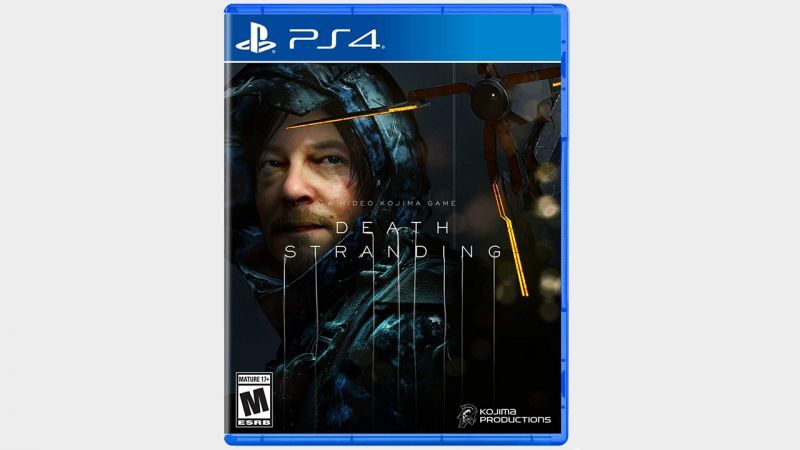 Let’s start off with the Standard Edition; as the name suggests, this is what most people will be buying. It comes with the game, somewhat obviously, but you’ll also get access to gold in-game items if you pre-order ahead of release on Friday.

These items include gold ‘Sam’ sunglasses, a gold hat, a gold Speed Skeleton (to improve mobility) and gold armour plating to protect from falls, gunfire and more, although it’s worth pointing out that these can be unlocked simply by playing progressing through the game’s story. Besides blingin’ in-game cosmetics, you also get a Death Stranding Chibi Ludens avatar and a dynamic PS4 theme to use too.

If the Standard Edition is for you, check out these retailers: 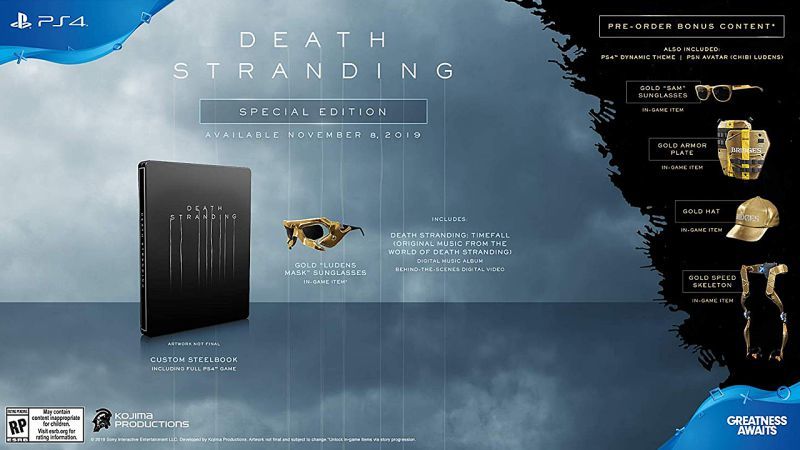 Those who want to commemorate the release of Death Stranding with something a little more unique can opt for the Special Edition. It’s not quite as expensive as the Collector’s Edition, which we come to below, but you’ll get a cool steelbook case to keep the game in, along with Luden’s Mask sunglasses (in-game item), the Timefall pack (music and BTS footage) and all content from the Standard Edition.

You can also buy a digital version of the Special Edition via the PlayStation Store, but you won’t get the steelbook that comes with the physical version. 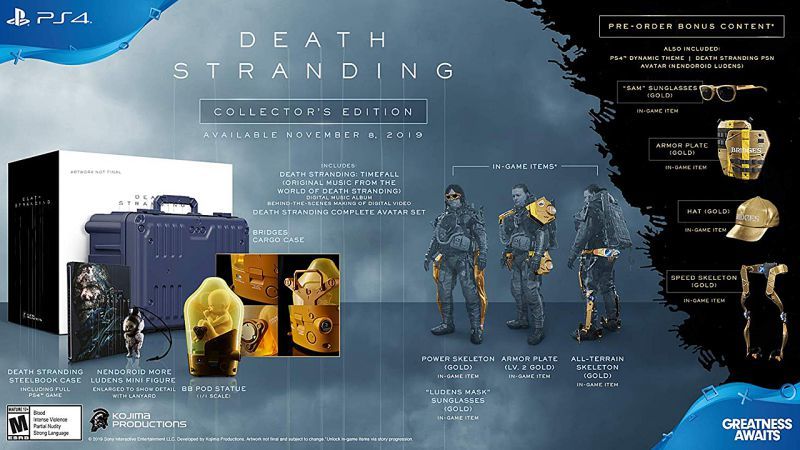 The ultimate edition of Death Stranding, the Collector’s Edition comes with everything mentioned above and a whole lot more, including a bunch of physical trinkets. In fact, there’s so much that it deserves its own list: 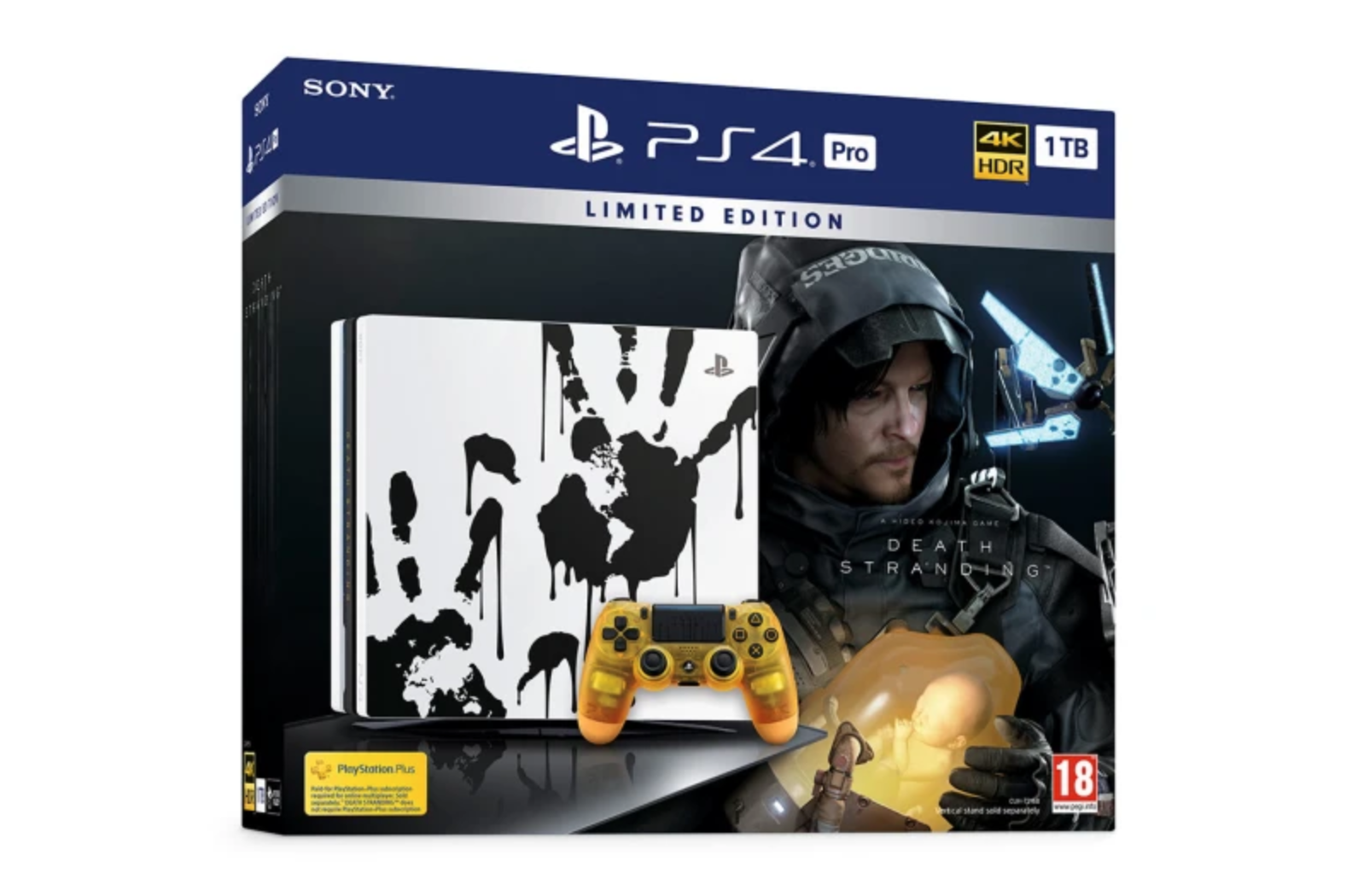 It’s not technically an edition of the game, but there’s also a Limited Edition Death Stranding PS4 Pro, offering a unique design on the console itself along with a cool gold DualShock 4 controller to match the hue of Sam’s BB holder and a physical copy of the game itself.

We’ve also got a roundup of the best PS4 deals if you’re looking for a bargain on Sony’s console.

When can I preload Death Stranding?

Due to the fact that the physical version of Death Stranding is cheaper than the digital version (in the UK anyway!), you might be tempted to order from the likes of Amazon and get it delivered on 8 November – but what if you want to play at midnight?

The good news is that Death Stranding will be available to pre-load for those that pre-order from the PlayStation Store, and according to our PS4 account’s Download List, preloads should begin on 6 November 2019. That gives you two days to download the ~50GB of data you’ll need to install Death Stranding on your console, which should be enough for the majority of consumers.

We can’t wait to dive into the world of Death Stranding and see what Hideo Kojima has been working on behind closed doors for the past few years. Are you excited? Let us know your thoughts on Twitter. 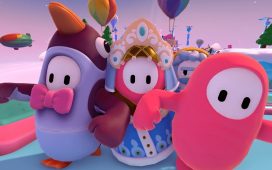 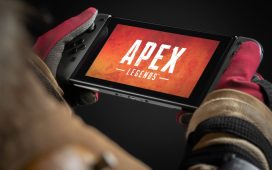 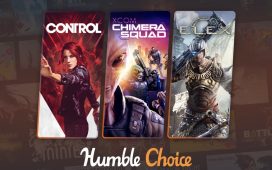 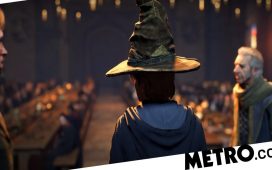 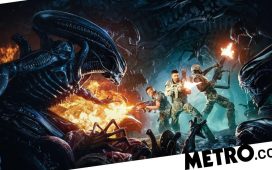 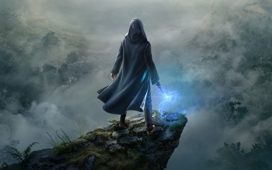