Metal Gear creator Hideo Kojima returns with a new PS5 version of his 2019 cult classic but are all the new additions really improvements?

Hideo Kojima may be one of the most famous developers in the gaming world, but his titles have always been an acquired taste and never quite as mainstream as his fans like to imagine. Everyone knows the criticisms of overlong cut scenes and bizarre plot twists, even if they’ve never played any of his games, and that can lead to some unfortunate preconceptions. Not that his faults are misrepresented but they can usually be tolerated enough to enjoy the rest of what is always a very singular experience.

As the first new game since leaving Konami and the Metal Gear franchise, 2019’s Death Stranding was nothing if not unique and given the huge budget it seemed to command, was impressive merely for the fact that it existed – considering how many people, including top Hollywood talent, he had to convince to help make it.

Kojima himself has resented calling this a director’s cut, as it implies it restores things that were left out of the original, but that’s not the case. As well as taking advantage of the extra power of the PlayStation 5 this adds a significant amount of new content, but it’s all freshly invented. You might have hoped that some of the original’s flaws would also have been ironed out but instead the priority is adding quality of life features, although in many cases they make the ride just a bit too easy…

When trying to describe the story or gameplay of Death Stranding it’s impossible not to make it sound incredibly stupid and amazingly boring. The weird thing is – and we’re sure Kojima appreciates this fact – that it’s both those things, and yet somehow still strangely compelling. It’s almost impossible to summarise the plot succinctly so instead we’ll refer you to our original review and say that the short version involves a post-apocalyptic America, where the worlds of the living and the dead have collided and most large cities have been destroyed, and where you have to deliver packages to remote townships and connect them to the Chiral Network.

An even shorter version of the premise is that you’re a sci-fi postman being menaced by invisible ghosts. There’s also some human marauders thrown in, which is when Death Stranding comes closest to being a standard third person action game, but that was never really the focus. Nevertheless, a lot of the changes to the Director’s Cut are aimed at making postal deliveries easier, improving the combat, and adding more stealth elements.

The obvious intent is to make the game more accessible to mainstream gamers, with the most important addition being the ‘buddy bot’. This is a pair of robot legs that you can use to carry parcels, or yourself, and which is much less prone to falling over than if you’re playing the game normally. Despite all the ghosts and other Kojima madness, slipping over and damaging your parcels was always the greatest impediment to progress in the original and now it happens much less, especially as you’ve also got a cargo catapult as well – although that only becomes available about halfway through.

These gadgets make things much easier, but the obvious problem is that it openly acknowledges that the core gameplay of the original was boring and frustrating. But it was that way on purpose, not by accident, and it was the wider plot and captivating presentation that helped to make the game compelling.

Imagine the original as Lawn Mowing Simulator but with a story campaign about existential dread and the importance of human contact. By comparison, the director’s cut openly admits the lawn mowing part is no fun but without that core gameplay there’s not only less to do for the player but less for the story and characters to bounce off of.

The best thing this Director’s Cut could have done is take a pair of scissors to the ending, which slowly and painfully explains the plot in a way that is completely unnecessary to anyone that has been paying attention up until that point. The idea that that wouldn’t include anyone that had ploughed 40 hours of their life into getting that far is absurd but, of course, no such editing has occurred.

Instead, Kojima has added in more story missions and locations, including a factory area that is basically an off-brand version of Metal Gear Solid. Death Stranding already had a stealth element but it was primarily for avoiding BTs (aka invisible ghosts) and suddenly adding in more human guards feels more like an elongated in-joke than anything else.

There are some other new story revelations about the game’s supporting cast, but they don’t really add up to much. The same can be said of most of the other additions, including a firing range that has Metal Gear style VR missions and a new electricity-shooting maser gun. There’s also a race mode but it only features two, incredibly uninteresting, race tracks. There’s a new car too, but it’s completely impractical for off-road use and doesn’t even feel that great on the track.

Despite all the extra content, and attempts to add more traditional action elements, the Director’s Cut is a fundamentally less interesting game than it was before, and one that seems to largely miss the point of the original. It is, perhaps, a more mainstream game but if you were put off the first time round, by the bizarre story and premise, we don’t see that a couple of new story missions and a firing range is going to radically change your mind.

We suspect that Kojima knows all this to be true and that his aversion to the name Director’s Cut was not merely a technicality. You could resolve not to use the new features, especially the buddy bot, but knowing it and the catapult are there is just too tempting. The graphics are improved on the PlayStation 5, but they were always good and this adds little by making them just a little bit better.

The problem is that a large part of the appeal of the original was that despite its size and scope it felt like a very personal vision, whereas this Director’s Cut merely feels like a half-hearted attempt to make it more commercial.

In Short: It’s hard to believe this is Hideo Kojima’s preferred version of the game, considering it side lines so much of the core gameplay and adds little else of any substance.

Pros: The main premise and story is still fascinatingly weird, with even better graphics than before. The new Metal Gear-inspired area is fun and there is plenty of new content in general.

Cons: The original version feels like a more coherent vision, with the new delivery techniques allowing you to skip too much of the experience. New race track is rubbish. 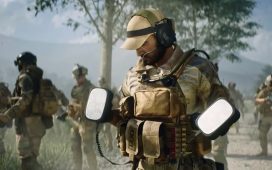 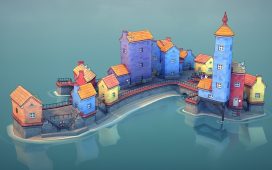 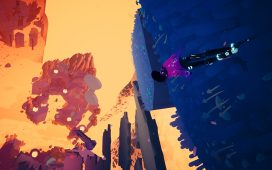 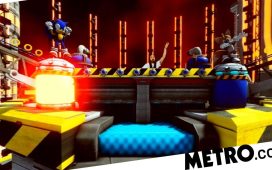 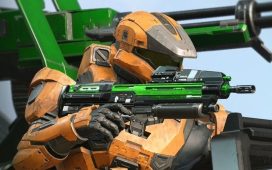