‘The partner swapping has begun’: Dean Wells is all smiles as he jokes with Christian Wilkins and gives him a piggyback on the Dancing With The Stars set amid feud with Lee Elliott

But it appears the 42-year-old is taking it all in his stride, with him sharing a laugh with co-star Christian Wilkins, 24, on Monday.

Taking to Instagram, Dean shared a shot of himself carrying an exuberant-looking Christian on his back. 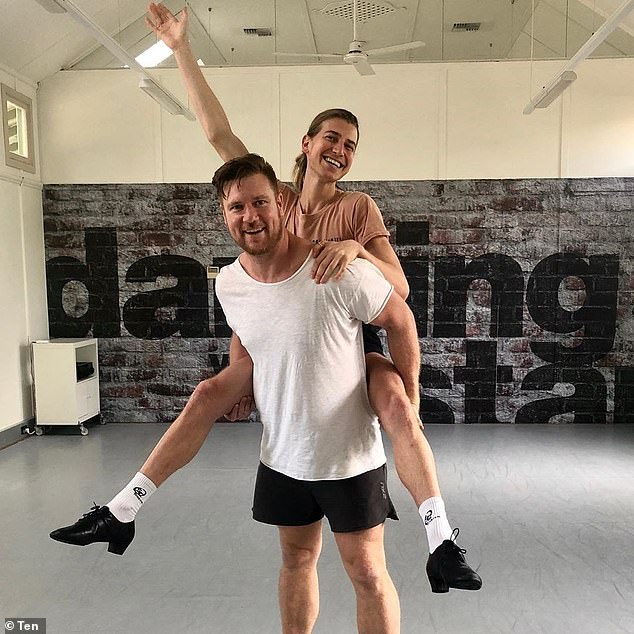 ‘The partner swapping has begun’: Dean Wells, 42, was all smiles as he joked with Christian Wilkins (back) while giving him a piggy back on the Dancing With The Stars set

Dean and Christian both looked sweaty from their practice in the studio, with both men wearing workout clothes.

‘Aaand the partner swapping has begun,’ Dean wrote, having a joke about the multiple scandals on his season of Married At First Sight.

‘This cheeky fella wanted a piggy back and I couldn’t resist.’

Dean went on to say that everyone on the cast of this season have been super supportive of each other. 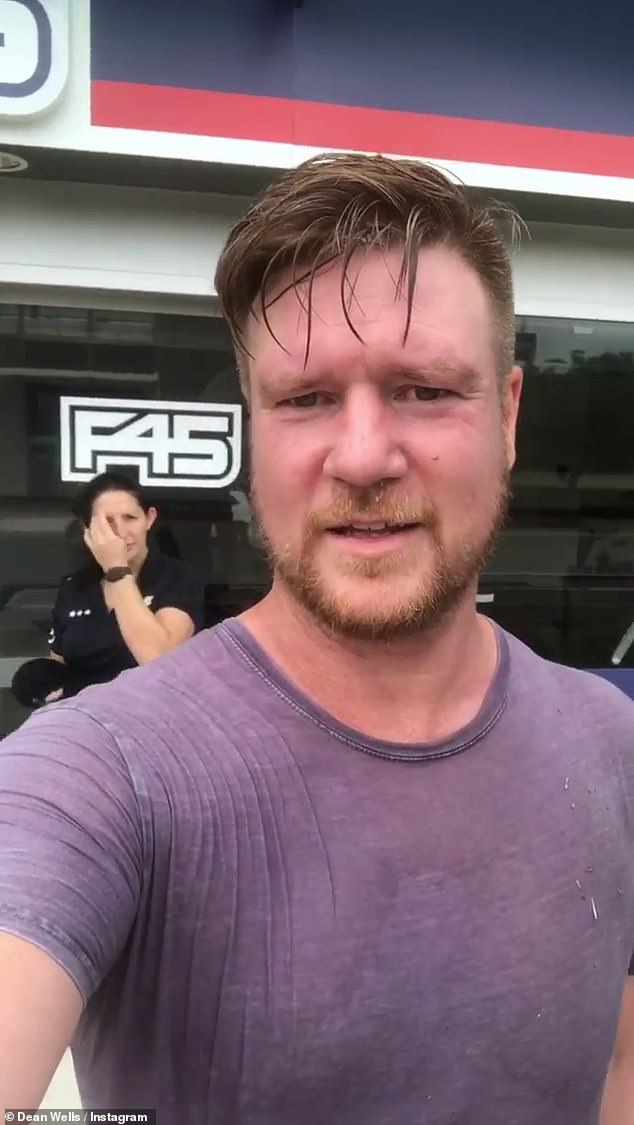 Positive: ‘Seriously though there is such a good energy between all the dancers. We are supposed to be rivals but everyone is super supportive!’ Dean wrote

‘Seriously though there is such a good energy between all the dancers. We are supposed to be rivals but everyone is super supportive!’

He finished with a self-deprecating joke about needing as much support as he can get while on the show.

It comes after Bachelor winner Lee Elliott launched into an angry personal attack on Dean, following the announcement he was on the series. 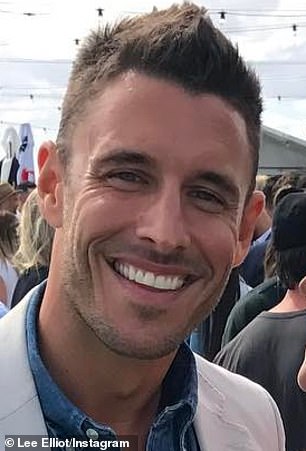 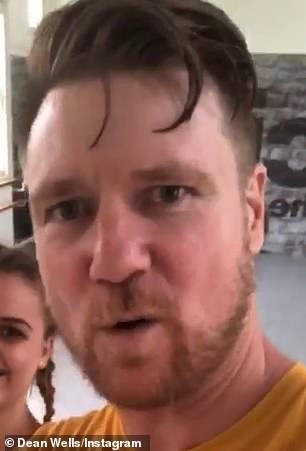 Warring: The Bachelorette’s Lee (L) slammed Dancing With The Stars for casting a ‘sexist and chauvinist’ like Dean from Married At First Sight (R)

On Wednesday, Lee hit out at Channel 10 for casting a ‘sexist and chauvinist’ in the 2020 lineup for Dancing With The Stars.

Responding to Lee’s post, Dean told Daily Mail Australia the following day: ‘I am as far from any of those things as a person can be.’

Lee, who won Georgia Love’s heart on The Bachelorette 2016, was clearly frustrated by the inclusion of Dean, who is known for his old-fashioned views on gender roles. 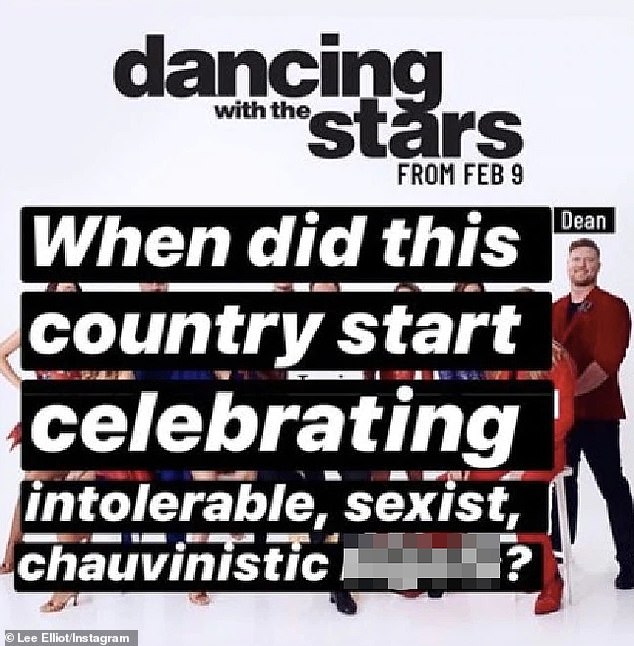 Making his point: Lee made sure that Dean (far right) was the only star in view when he shared the post, so his followers didn’t think he was referring to anyone else

Dean said of Lee’s comments: ‘Everyone’s entitled to their opinion. However, if he had ever actually met me, he would know that I am as far from any of those things as a person can be.

‘I don’t judge anyone based on gender, ethnicity, sexuality or any other such traits.

‘I am choosing to ignore negativity and focus on the challenge of learning to dance and hopefully raising money for my nominated charity, the BridgIT Water Foundation. That’s what it’s [the show] all about,’ he said.

Dancing With The Stars premieres Sunday, February 9 on Channel 10 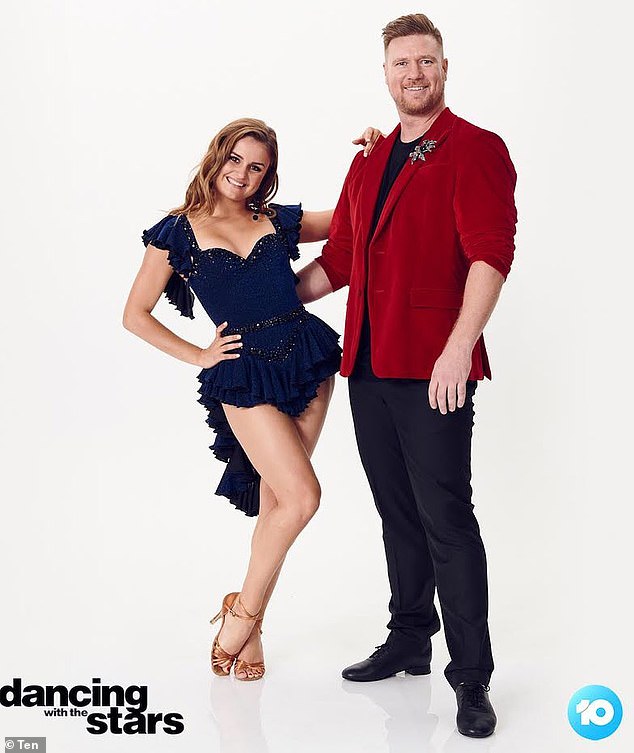