By Victoria Bell For Mailonline

Damselfly populations are being harmed by insecticides as researchers find the wildlife scourge of neonicotinoids continues to grow.

Some chemicals in this group have already been banned by the EU but thiacloprid is still in widespread use.

Similar chemicals in the neonicotinoid family have already been tied to severe decline in bee populations and now it appears the damage is more widespread.

The team exposed caged and free-flying damselflies to realistic concentrations of the chemical in test ditches and found infected animals ate less, were less active and had a slowed reproductive growth rate.

It was previously thought to only affect insects that eat the treated crop but Dutch scientists have found it has wider-reaching implications for various pollinators as well. 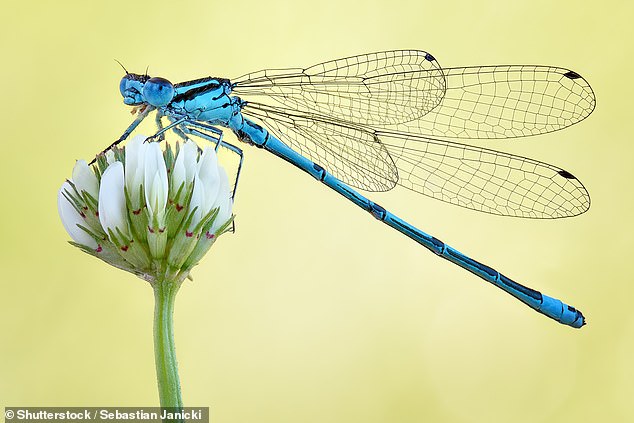 Damselflies are being harmed by the same insecticides used by farmers to kill pests that threaten bee populations, according to research. The latest research from the ‘Living Lab’ shows that the insecticide thiacloprid strongly influences even the most robust species

READ  SpaceX Falcon 9 rocket launches into the sky, drops off 'Telstar' satellite, then lands back on a giant barge in the sea

HOW DID THE TEAM MAKE THESE FINDINGS?

Exposed caged insects ate less and were less active. The insecticide also slowed the growth rates of the caged damselflies.

The observations suggest the insecticide slows the damselflies’ reproductive rates.

Researchers determined insects that were left to forage for their own food were more negatively impacted by the insecticides than damselflies that were fed.

Thiacloprid acts on the central nervous system of insects and is deadly to the insects.

When researchers first began testing the efficacy and safety of neonicotinoids, they determined the chemicals only harmed insects that actually ate the sprayed crops.

Thus, only the targeted pests would be killed, however this, researchers have now suggested,  is not the case.

Dozens of studies have shown that neonicotinoid exposure is the primary driver of colony collapse disorder and the decline of honeybees all over the world.

This study says that other insects are also being negatively affected, including damselflies – which look like dragonflies but with slimmer bodies.

Researchers in the Netherlands wanted to test the effects of thiacloprid in fields.

Exposed caged insects ate less and were less active. The insecticide also slowed the growth rates of the caged damselflies.

The observations suggest the insecticide slows the damselflies’ reproductive rates.

Researchers found that insects left to forage for their own food were more negatively impacted by the insecticides than damselflies that were fed.

‘The impact of this substance on insects under natural conditions was as yet unknown,’ said Henrik Barmentlo, a doctoral student at Leiden University’s Institute of Environmental Sciences in the Netherlands.

‘This shows the importance of field realism,’ he said. ‘In the lab, the insects receive high-quality food, but in a natural situation this is not always available. As a result, the susceptibility to insecticides in nature can be much higher.’

Mr Barmentlo and his colleagues warned that stronger neonicotinoid regulations are needed to ensure exposure doesn’t cause pollinating insects like damselflies to go extinct. 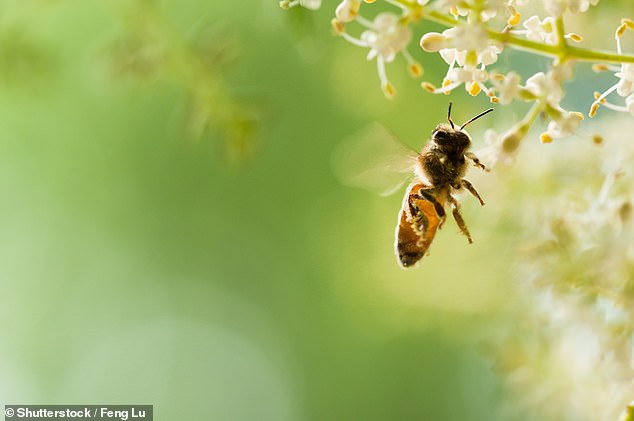 The team exposed caged and free-flying damselflies to realistic concentrations of neonicotinoids in test ditches. Thiacloprid is an insecticide of the neonicotinoid class, which farmers use to control insects, which acts on the central nervous system of insects

The EU’s top court backed an almost complete European ban on the use of some neonicotinoids in May 2018.

Years of research has shown that under controlled conditions the chemicals are toxic to honey bees and bumblebees.

They cause brain damage that can affect learning and memory and impair their ability to forage for nectar and pollen.

The latest court ruling stated that the the European Commission had been right in 2013 to restrict their use in order to protect bees.

READ  Expert explains why it's so easy to get 'catfished' online

The three culprits that are being eradicated are Bayer’s Imidacloprid and clothianidin as well as Syngenta’s thiamethoxam.

Thiacloprid, also made by pharma giant Bayer, is still legally available for use and has an annual turnover of approximately $112million (£90million).

The research was published in the Journal of Applied Ecology.

HOW HAVE PESTICIDES AFFECTED THE BEE POPULATION?

Declines in recent months to honey bee numbers and health caused global concern due to the insects’ critical role as a major pollinator.

Bee health has been closely watched in recent years as nutritional sources available to honey bees have declined and contamination from pesticides has increased.

Bees use sugar to fuel flights and work inside the nest, but pesticides decrease their hemolymph (‘bee blood’) sugar levels and therefore cut their energy stores.

When pesticides are combined with limited food supplies, bees lack the energy to function, causing survival rates to plummet.

Starwatch: the moon pays a spring visit to Virgo

Coronavirus: Oxford vaccine ‘has only 50-per-cent chance of success’

Did Dominic Cummings break the law on lockdown rules?

In the fight against coronavirus, there can't be one rule for people like Dominic Cummings, and another for everyone else | Devi Sridhar