NEWSCABAL > europe > Deadly earthquake strikes Turkey and Greece, both countries 'ready to help each other'
europe

Deadly earthquake strikes Turkey and Greece, both countries 'ready to help each other' 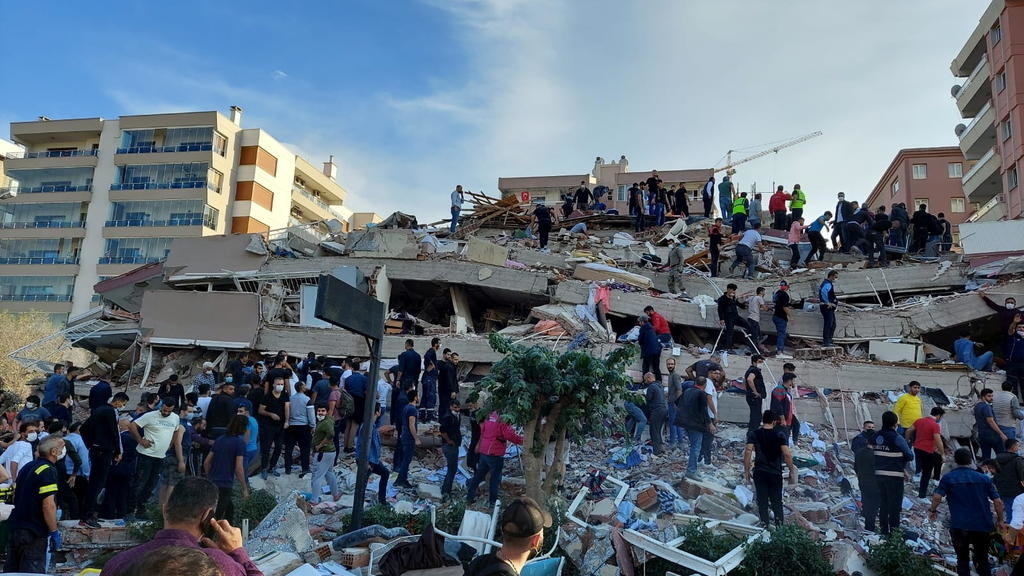 Four people have been killed and 120 injured after a powerful earthquake struck Turkey’s western coast and parts of Greece on Friday as both nations vowed to help the other in their recovery efforts.

The tremor could be felt as far away as in Istanbul and on Greek islands, where officials said eight people suffered light injuries on the island of Samos. High tidal waves were seen in both countries and led to flooding on parts of the Izmir coast.

The US Geological Survey said the 7.0 magnitude quake was registered 14km (8.6 miles) off the Greek town of Karlovasi on Samos.

The Turkish government’s disaster agency reported a lower magnitude of 6.6 for the quake while Greece’s seismological agency said it measured 6.7.

Images from Izmir showed collapsed buildings and dazed people trying to make their way through rubble piled high on the streets.

“So far, we have received information about six collapsed buildings” in Izmir province, which includes the city, Turkish Interior Minister Suleyman Soylu said on Twitter.

“Some of our fellow citizens are stuck in the rubble,” said Environment Minister Murat Kurum, adding that he knew of five collapsed buildings.

The city’s mayor Tunc Soyer told CNN Turk he had information about the collapse of 20 buildings.

Images on social media showed water rushing through the streets of Izmir from an apparent sea surge. Thick white plumes of smoke rose from various parts of the city where buildings had collapsed.

TRT television showed rescuers being helped by residents and police using chainsaws as they tried to force their way through the rubble of a seven-floor building that had collapsed.

Rescuers called for silence for signs of any survivors, clearing boulders and other debris in a human chain. CNN Turk showed one woman being pulled out alive.

Turkey and Greece indicated they would work together if they needed to.

“Greek Foreign Minister (Nikos) Dendias called our minister Mevlut Cavusoglu to wish him the best. Both ministers stressed they were ready to help each other in case of need,” the Turkish foreign ministry said.

Turkish President Recep Tayyip Erdogan tweeted that he was ready to help “with all the means available to our states”.

On Samos, near the quake’s epicentre, people rushed out into the streets in panic.

“The walls of some houses have crumbled and several buildings are damaged,” the island’s deputy mayor Michalis Mitsios was quoted as saying by public broadcaster ERT.

“It was chaos,” added fellow deputy mayor Giorgos Dionysiou. “We have never experienced anything like this.”

The Greek civil protection agency told Samos’s residents in a text message to “stay out in the open and away from buildings”.

The island’s airport was also closed as a precaution. Greece and Turkey are both situated in one of the world’s most active earthquake zones.

In 1999, a 7.4 magnitude earthquake struck Turkey’s northwest, killing more than 17,000 people, including 1,000 in Istanbul. Another quake in 2011 in the southeastern province of Van resulted in more than 600 deaths.

In Greece, the last deadly quake killed two people on the island of Kos, near Samos, in July 2017.

‘Help us or LSO fails’: Sir Simon Rattle’s plea over Covid and Brexit 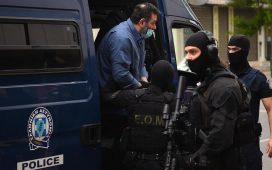 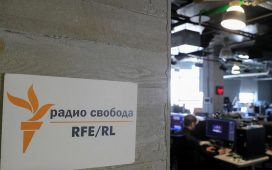