A DEADLY black fungus is rotting the organs and limbs of Covid patients in India.

Most patients with the “serious complication” of Covid have uncontrolled diabetes.

The fungal infection is usually very rare but increasing numbers are being reported in India’s hospitals.

Sometimes patients won’t present with symptoms until after they are discharged, and many will need surgery to remove infected areas including the eyes and teeth.

What is the fungal infection?

Mucormycosis is caused by a group of moulds called mucormycetes which live in the environment in rotting vegetables and fruit, bread, soils and plants.

The mould can enter the body through cuts in the skin or take hold in the sinuses or lungs after people breathe it in.

Once inside the body, the fungus can sometimes spread through the bloodstream and affect organs, such as the brain, eyes, spleen and heart.

Prof David Denning of the Global Action Fund for Fungal infections (GAFFI) and the University of Manchester, said: “Most common places in the body which are affected include the sinuses, nose, and the infection may spread in the back of the eye or down into the palette and forward into the cheek in one or both sides.

“In late cases it can affect the brain directly.

“The other organ most commonly affected is the lung, and it can cause a serious pneumonia which progresses and can invade blood vessels, and coughing up blood is relatively common.”

He added mucormycosis has become a “serious complication of Covid-19”.

Where has it been seen?

Cases of mucormycosis are growing in India.

Dr Raghuraj Hegde, an eye surgeon in the southern city of Bengaluru, said he had never seen more than one or two cases a year.

But he told the BBC he had recently seen 19 cases within two weeks.

What are the symptoms of mucormycosis?

According to Centers for Disease Control and Prevention, symptoms vary depending on where the fungus is growing.

Dr Manish Munjal, senior ENT surgeon at the Sir Ganga Ram Hospital told The Independent: “We are seeing a rise again in this dangerous fungal infection triggered by Covid-19.

“Last year, this deadly infection caused high mortality with many patients suffering from the loss of eyesight and the removal of the nose and the jaw bone.”

Who does it affect?

Mucormycosis mainly affects people who have health problems or take medicines that lower the body’s ability to fight germs and sickness.

It can be life-threatening in diabetic or severely immunocompromised individuals, such as patients with cancer or organ donor recipients.

In Covid patients, it’s more prevalent in patients who are on ventilatory support.

Doctors think this may be due to the use of steroid drugs, which are used to treat severely ill Covid patients.

But can also reduce immunity and push up blood sugar levels, reducing the ability of the body to handle sugar.

It’s thought this combination is leading to more cases of mucormycosis.

Arunaloke Chakrabarti, a professor in mycology (fungi) and senior advisor to GAFFI said: “Even before Covid-19, mucormycosis was more common in India than most countries, partly because of the millions who have diabetes.”

Mucormycosis usually occurs later in the course of Covid-19 – typically after eight days.

But it can also occur after hospital discharge, doctors say.

Early suspicion and diagnosis is required to stop the infection taking over.

There are antifungal drugs that can be given, but in most cases “surgical removal of the infected areas is very important and sometimes this surgery is quite extensive”, Prof Denning said.

It can involve removing eyes, teeth, or other parts of infected flesh.

UK ‘will be normal’ by end of year – IF we sort booster jabs, Sage expert says

Third Covid wave could start NEXT WEEK but won’t be as bad as Jan, says Sage

Social distancing and masks could be TOTALLY scrapped next month

Prof Denning said “excess use of steroids [in Covid patients] is a major problem” and that doctors must be careful to not give too high a dose.

Early signs of the infection include a blocked nose, one-sided headache, swelling or numbness, pain in the face, toothache and loosening of teeth.

If the disease rapidly progresses, symptoms include blackish discolouration over the nose or palate, blurred or double vision, swelling in the eyes or face, chest pain, worse breathing and coughing of blood. 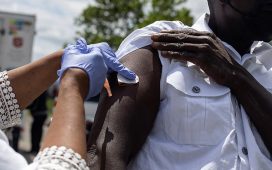 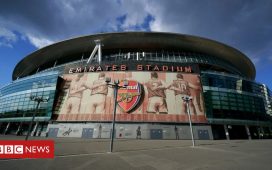 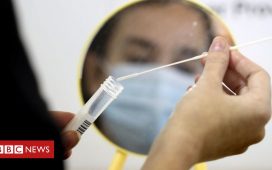 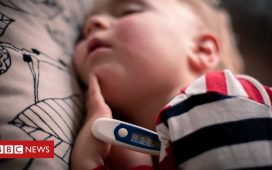 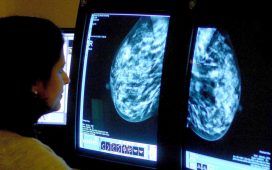