David Weir’s Paralympic comeback got off to a challenging start as he was the last to cross the line in his T54 5,000m heat on the first day of athletics in Tokyo.

There was a first medal on the track for ParalympicsGB as Maria Lyle claimed bronze in a thrilling T35 100m final, one of several high-class sprints on the day. But it was the disappointing performance by the returning London 2012 hero Weir that caught the eye and will raise questions over his prospects in the two events further events he will compete in: the 1500m, and his favoured event, the marathon.

Weir lined up in the first of two 5,000m heats, alongside his longstanding Swiss rival Marcel Hug and fellow marathon specialist, the American Daniel Romanchuk. Hug led from the off, with Romanchuk tucking in close behind, but for the opening half of the race Weir was close behind in third, apparently content with the early pace.

With six laps left to go, however, Hug – known as the Swiss Silver Bullet – suddenly pulled clear of the pack. In a new wheelchair, designed to his own specifications in conjunction with a group of engineering companies, Hug appeared to be effortlessly eating up the ground, with Romanchuk doing his best to tow in behind. Weir was unable to keep up the pace as the rest of the field dropped 10, 20, 50, 100 metres behind.

A few laps later, and with the last 1,000 meters now in sight, “the Weirwolf” had dropped to the very back of the pack, exchanging places with the Chinese racer Hu Yang, who eventually finished ahead of the 42-year-old Scot. Hug finished first and Romanchuk second with the Russian Paralympic Committee’s Aleksei Bychenok the last to qualify for the final. Weir came eighth in the heat, ahead of only the German Alhassane Baldé who did not finish.

Weir did not stop to talk to the media on the way out of the race, broadcasters Channel 4 included, and he was likely not at all happy with the outcome, especially against Hug, whom he had so successfully outmanoeuvred in the early years of the last decade, particularly in London. It is also likely, however, that Weir was conserving energy for the challenges yet to come. The 1500m final is next Tuesday, while the marathon closes out the Games on Sunday 5 September.

Weir retired from international competition in 2016 following the Rio Games with an attack on British Athletics, who he labelled “a joke” for their lack of support following a dispute with coach Jenni Banks. In 2018, however, he said he wanted to return to the marathon and this year added a return to the track too, following a successful Grand Prix in Switzerland.

Lyle said her bronze had been the result of “five years hard work” and that a medal in the T35 100m was “more than I could ask for”, after she finished in a time of 14.18sec. The 21-year-old from Dunbar came third behind Isis Holt of Australia and China’s Zhou Xia, who set a new world record in the event of 13 seconds flat.

There were more sprinting world records too, two of them from the same man as the United States’ T37 sensation Nick Mayhugh set a new benchmark in the 100m in both qualifying and the final, where he was clocked at 10.95sec. The T35 and 37 classifications are for athletes with coordination impairments and include those who have cerebral palsy.

See also  Rugby's journeymen were reaching the end of the road before this crisis | Robert Kitson
Share on FacebookShare on TwitterShare on PinterestShare on Reddit
newscabalAugust 27, 2021 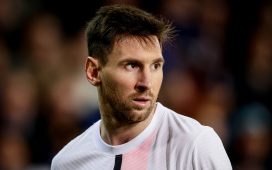 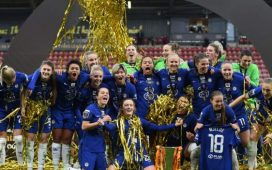 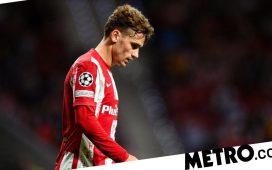 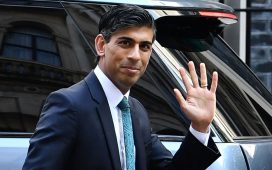 The Future Fund: what the experts think 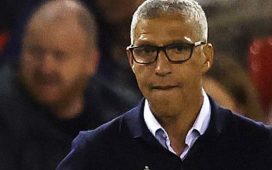