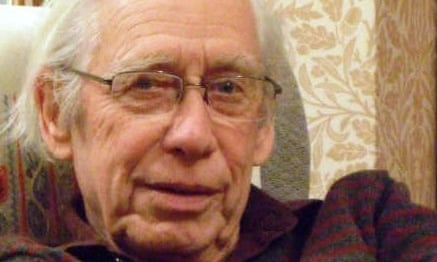 My father, David Rainger, who has died aged 98, was a former chair of the William Morris Society who, outside his working life as a telephone engineer, pursued interests in pottery, bookbinding, stained glass crafting and politics.

Born in Paddington, west London, David grew up in nearby Fulham, where his father, George, was a highly skilled plumber and his mother, Ellen (nee Bennett), was a couture seamstress. He attended Paddington Technical Institute, where the blend of academic, technical and craft education suited his abilities and provided him with a range of skills and interests that he pursued throughout his life.

Beginning work in 1938 as a “youth in training”’ with Post Office Telephones, he immediately joined the Post Office Engineering union, and was soon elected as its youth officer for his district. His career was interrupted in 1942 when he was called up to the RAF, after which he was re-assigned to the Royal Signals, working on communications equipment in England and the far east.

He married Margaret Thorpe, a secretary, in 1944, after meeting her at a Wiltshire youth hostel when they were both on cycling holidays with friends. But it was not until David’s return from Singapore in 1947 that they began to settle down properly. Resuming his job, David then progressed through a range of increasingly senior roles, retiring as an executive engineer.

As well as starting a family, David and Margaret studied literature, economics and politics with the Workers’ Educational Association (now WEA), and became involved in its regional organisation in Wimbledon. They were also active members of CND and the Labour party, and stood as candidates for Labour in various local elections in the south-west London suburb of New Malden, where they lived.

After retirement at 60, David took time to travel, to take an Open University degree in politics and society and to learn to make pottery and stained glass. He later attended bookbinding classes, and afterwards repaired volumes for the William Morris Society library in Hammersmith.

As a member of the society, David was able to tap into his affinity with creativity and radical politics. He was its chair in 1996, the year of the centenary of Morris’s death, during which he gave a series of passionate speeches at locations around Hammersmith where Morris had spoken, condemning the evils of capitalism and calling for a radical socialist alternative. Morris’s London home, Kelmscott House, has a display of stained glass quarries by Edward Burne-Jones and Morris, which David reassembled from hundreds of shards.

He is survived by Margaret, his three children, four grandchildren and five great-grandchildren.

Keeping the memory alive: the race against time to save Australia’s archives – in pictures

‘We planted a seed’: the Afghan artists who painted for freedom

‘You can sense Selim the Grim’s anger’: portraits of Ottoman sultans go on show