The UK has lost a high-profile European Court of Human Rights case on police DNA data retention, creating a potential new trigger for those in the Conservative party who want to pull out of the Strasbourg judicial body as a follow-up to Brexit.

Northern Ireland’s authorities breached the privacy of a convicted drink driver whose DNA profile, fingerprints and photograph were stored indefinitely without proper safeguards, a seven-judge panel ruled unanimously on Thursday.

The British government has not called for a withdrawal from the ECHR post-Brexit, but prime minister Boris Johnson has pledged to conduct a sweeping review this year of the constitutional relationship between the UK government and the courts.

The Conservative manifesto also set out the need to “update” the Human Rights Act, which is cited in many judicial review cases brought by charities and NGOs against government policies.

Dominic Cummings, Mr Johnson’s chief adviser, and prominent Tories have previously called for a referendum on the UK to reject the 47-country Strasbourg court, joining Belarus as the only European country that is not a member.

In a blog post from March 2018, before he entered government, Mr Cummings said: “We’re leaving the EU next March. Then we’ll be coming for the ECHR referendum and we’ll win that by more than 52-48 . . . ”

A UK withdrawal could have a knock-on effect on talks on the post-Brexit relationship with the EU, since bloc officials argue the protections the court offers are essential for Britain to be seen as a trusted partner in police and judicial cooperation.

Responding to the ruling on Thursday, a Home Office spokesperson said: “We note the outcome of this case and are carefully considering the details.” Officials pointed out that the Data Protection Act 2018 already requires periodic reviews of the retention of personal data, including biometrics, for law enforcement purposes

READ  Atletico fight back to sink Eibar for third win

The European court upheld a privacy complaint brought by Fergus Gaughran, a British national fined and banned from driving for 12 months over an offence committed in 2008. Although police destroyed his DNA sample at his request in 2015, they indefinitely retained the other personal data, sparking a legal challenge he took unsuccessfully all the way to the UK supreme court.

The European judgment could have implications for British police retention of data on those convicted of crimes, which is more extensive than in many other European countries.

The Strasbourg judges said the police’s lack of reference to the seriousness of Mr Gaughran’s offence, lack of consideration about the continued need to retain his data, and lack of possibility for him to review the storage policy amounted to a breach of his privacy rights.

The latest ruling follows a ruling by the Court of Appeal earlier this week to block the deportation of 25 Jamaican nationals who had served prison sentences in Britain. Downing Street officials were said to be furious about the decision, triggering speculation the government could fast track the constitutional review.

The ECHR and the 70-year-old Council of Europe that oversees it have become a bête noire for some on the British right.

Theresa May, the former prime minister, has been one of the strongest critics of the ECHR, infuriated by the judges in Strasbourg obstructing the extradition of radical cleric Abu Qatada during her time as home secretary.

In 2016, she said Britain should withdraw from the ECHR. However, she reversed course when she launched her campaign for the Conservative leadership two months later, saying there was no majority in the House of Commons for such a move.

Five myths and superstitions that affect how you manage your finances

I pay the mortgage but my ex wants me and our sons kicked out – will we lose our family home? 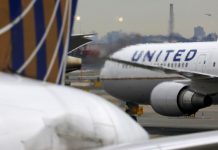