Danny Dyer hits out at Boris Johnson: Old Etonians can’t run this country… we need the working-class to take charge 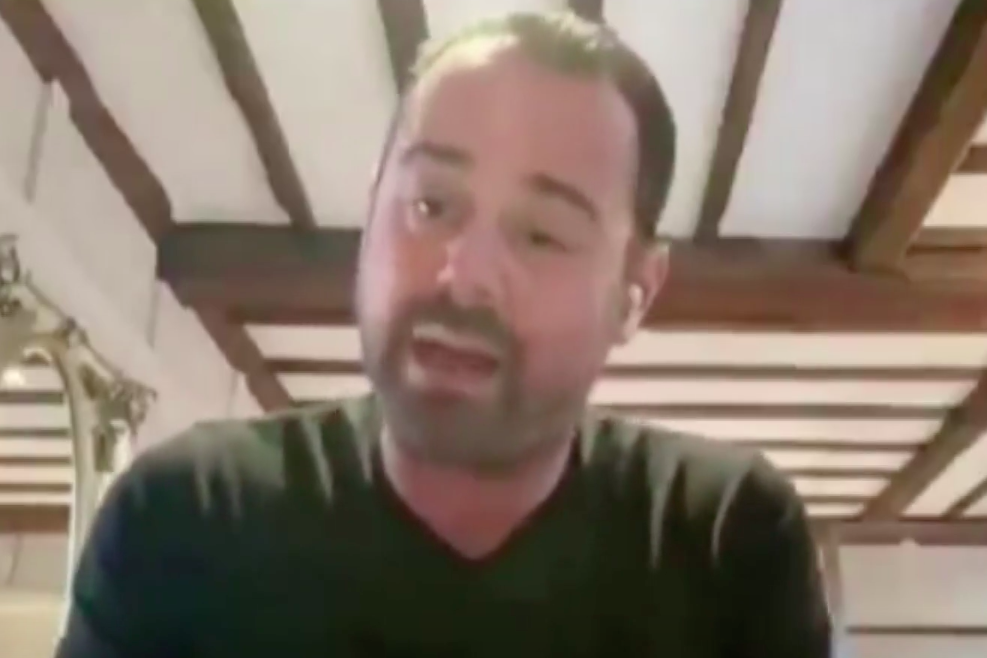 Danny Dyer has called for people with “real lives” to be in Parliament, saying the pandemic has proved that Old Etonians “can’t run this country”.

The 43-year-old said it is now time for “working-class people” who are “in touch with reality” to be given responsibility for how the UK is run.

The EastEnders actor added that the “little group” from “the same school in the same class” have had their chance in power. Prime Minister Boris Johnson is a former pupil at Eton.

Appearing on BBC Breakfast alongside his daughter Dani, Dyer was asked how easy he was finding it to obey Covid-19 restrictions.

He said: “It’s very confusing. It’s almost perfect to break rules really because it is hard to understand what the rules are.

“Just keep them simple and then people will abide by it. We want to get out of this as quickly as possible but as confusing as it is, it just makes it so difficult.”

He added: “My one rant would be that we must learn now that the people who went to Eton can’t run this country.

“They’ve done it, they’ve tried to do it and this little small group who all went to the same school in the same class, it doesn’t work.”

Dyer instead suggested that working-class people should run the country, adding: “So I feel we need some working-class people, people who have lived a real life, people that are in touch with what’s going on in reality, to maybe come to the front now and start to get involved in how this country is run.”

Dyer was then asked whether he would ever go into politics full-time. His daughter Dani interjected and said: “Oh, imagine.”

Danny, who plays Mick Carter in EastEnders, replied: “No, darling, I’m too busy. I have got a game show on at the moment, I’ve got another podcast with my daughter, and of course I am in the greatest soap that has ever been, so I am all right for the minute.

“So let’s just watch the Government unravel themselves, I think.

“Let’s just try and stay safe and try and not catch this thing, and on the other side I’m sure we are all going to be better, stronger, more considerate people for it.”

The father-daughter duo appeared on the show to promote their unscripted Spotify Original podcast, Sorted With The Dyers.