Dangerous push for govt without the press


The Presidency clarified, this week, that it had no hand in the controversial media bills before the National Assembly. According to the Presidency, through a senior presidential aide, the attempt to amend the Nigerian Press Council (NPC) Act and the National Broadcasting Commission (NBC) Act, which has attracted wide condemnation from the media and stakeholders, was not its project, but rather “a government thing and it’s the Minister (of Information) that can talk about it.” 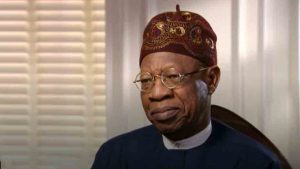 We know that the Presidency is not the entire Federal Government. In an ideal situation, the Presidency is just a part of the Federal Government, being a component of the executive arm of government, which also comprises the ministers who make up the Federal Executive Council (FEC). The legislature and the judiciary are also arms of government. The three arms of government – executive, legislature and judiciary – make up the government, with each doing its distinct duty as prescribed by the constitution.

However, since the Presidency, nay the executive, is part of government, it follows that it cannot really be exonerated from the controversial media bills or any other matter of government. It is true that a member of the House of Representatives initiated the NPC Act Amendment Bill. The fact, however, is that, if the House of Representatives passes this bill, with a concurrent approval of the Senate, it cannot become law, except the President assents to it. Therefore, the Presidency, although not the initiator of the bill and the NBC Act Amendment Bill, is directly and indirectly part of them, except the Presidency is telling us now that whenever the bills are passed by the National Assembly, they would not receive the imprimatur of President Muhammadu Buhari. As long as a bill passed by the legislature could only become law when the President assents to it, there is no way the Presidency would be extricated from it. If the legislature overrides the President’s veto, in the event that he refuses to assent to an already passed bill, it could then be said that the Presidency truly has no hand in it.

In any case, whether it is the Presidency or the “government” that has a hand in the media bills that are causing ripples, what is obvious is that the NPC Act and the NBC Act amendment bills are in bad taste. They are obnoxious, vexatious and a calculated attempt to gag the press. It is a trap for the media and an express move to make criminals of journalists. It is Decree 4 of the then Muhammadu Buhari military administration being brought back through the back door.

It is clear from the provisions of the NPC Act and the NBC Act amendment bills that government is aiming to arm-twist the media. With provisions giving government power to suspend or delist journalists, impose outrageous fines on journalists (as much as N2 million) and media houses (N10 million) over infractions and to shut media houses, the amendment bills are out to stifle operations of the media. Government is trying to hide under the fake news noise to ambush the media. Fake news is a social malaise that has given everybody, including the media, headaches. However, when the definition of fake news is left in the hands of government, it becomes a tool to witch-hunt and gag the press.

In democracies where press councils exist, they function independent of government and do the business of holding the media accountable without anybody in government breathing down on them. One has looked at the operations of press councils in the United States, as done by the Honolulu Community Media Council, Minnesota News Council and the Washington News Council, just as the British Press Complaints Commission and the Bolivia National Tribunal of Journalistic Ethics, among others, and found that they have the same characteristic – they are independent of the government. Unlike the Nigerian Press Council (NPC), which the amendment bills said would be constituted by the President, on the recommendation of the Minister of Information, press councils in the countries mentioned above have nothing to do with government in their constitution, composition and operations. Some of them have no legal authority to regulate, control or penalise the media. They receive and address complaints. They give the parties involved the opportunity to discuss and reach a common settlement ground, which could be for the media to retract, apologise or do a “make good” story, if the report complained about is false. They ensure that complaints that have gone for public hearings would not be taken to court again by the complaining party, in the event that mediation fails.

When an NPC Act Amendment Bill has draconian provisions, there is no denying the fact that government aims at sending journalists to jail and closing media houses in the guise of moderating the press. The government is making this law despite the existence of laws that give people who have been injured by the media remedy. The law on libel and defamation, for example, is meant to check the excesses of the media. Through the law, punishment is given to the offending media establishment, which could be an order to pay damages, retract the story or apologise or all three. It would be double jeopardy to have a law on libel and the NPC Act would also give the government power to punish journalists and the media, without recourse to the courts.

The proposed amendment of the NPC Act and the NBC Act is an evil wind that blows nobody any good. Whether they come from the legislature or the executive, the National Assembly should throw them into the dust bin. Seeing the media as an enemy, as the Nigerian Guild of Editors (NGE) said, is not in the interest of the government, the people and the country. The media is a partner in progress with government. The media works towards ensuring good governance and has actually played significant roles in Nigeria that have brought about socio-economic and political development. Hon. Olusegun Odebunmi, sponsor of the annoying NPC Act Amendment Bill, and others who are indirectly fighting the media, would, sooner or later, know that, without the media, democracy and freedom would never prevail. When the media is caged, every other person would likewise be caged. The freedom which Nigerians see today because of the press, would be no more when the press is gagged with such laws as the NPC Act and NBC Act amendment bills.

The Nigerian media has always stood up to be counted in times of difficulties in Nigeria. During colonial rule, it was the media that fought, as the majority of the nationalists were journalists, and got Nigeria independence. During military rule in the country, the media stood firm and fought against authoritarianism. Many of the politicians who are today enjoying the benefits of democracy were nowhere to be found during the battle against junta. Some who were seen, fled the country, but the media remained steadfast. Today, democracy is in place and cowardly politicians, who didn’t partake in the fight, are not only enjoying it but also want to turn around to cage the media. Chukwu aju, as the Igbo would say. Olorun ma je, as the Yoruba would say. Allah ya kiyaye, as the Hausa would say.

Former President of the United States, Thomas Jefferson, knew the importance of the media and he so declared. His position on the media’s operations is germane. He had stated:  “Were it left to me to decide whether we should have a government without newspapers, or newspapers without a government, I should not hesitate a moment to prefer the latter.” He knew that to have an egalitarian society is for people to have access to information and to allow the press function without let or hindrance, among others. That is the way to go. The Nigerian government should learn the lesson. The push to have government without the press will bring about autocracy and dictatorship. Nigerians as a people and Nigeria as a country will pay dearly if this happens.

Re: Igbo: The task of connecting the dots

Your above piece of June 18 made my day, as it obviously did to the interests and intellect of other Igbo circulating elite. President Buhari’s intended pejorative on Ndigbo being a “dot in a circle” was not just argumentum ad hominem, but also argumentum ad ignorantum.

While taking hints on the Igbo investing at home, a sharp thinking is stirred that President Buhari can order his military to level up all Igbo investments clustered at home in Igboland (Biafra). But he cannot level up Igbo investments in other parts of the country without causing other humongous collateral damage.

Moreover, Igbo big guys and sharp legal minds spread all over the world are ready to bring up colossal class action lawsuits, in international jurisdictions, that will surely impoverish the President as a person and liquidate Nigeria’s wobbling finances and politics.

Ndigbo will remind the President and other Nigerians with similar mindset of that world-class hit song, titled “Don’t Cry For Me Argentina.” 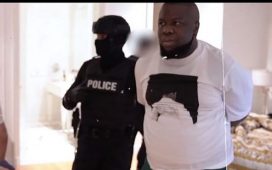 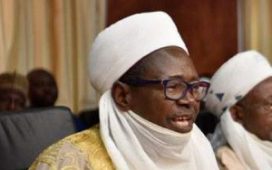 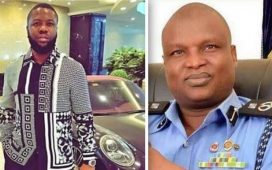 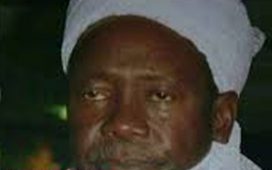 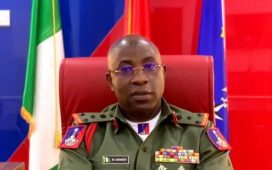 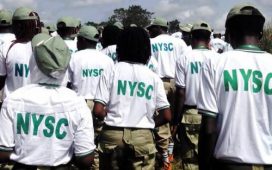