Dal Toso: 'Churches of Asia' a sign of vitality – AsiaNews


The adjunct secretary of the Congregation for the Evangelisation of Peoples: “Missionaries given to the world, a living presence even where numbers are small, dialogue with the great religions: the prophecy of John Paul II on the continent of the third millennium is coming true”.

Milan (AsiaNews) – The experience of the Churches of Asia offer us a lesson in dialogue with the great religions. But the fact that in countries where Christians are in a small minority, vocations are being born to proclaim the Gospel outside their borders is also an important sign for the whole Church says Archbishop Giovanni Pietro Dal Toso, adjunct secretary of the Congregation for the Evangelisation of Peoples. On Sunday 19th September the prelate gifted crucifixes to some missionaries leaving for their first destination during Mass at the PIME center in Milan.

Msgr. Dal Toso, what is your perception of the Church in Asia today?

“The situations change a lot from country to country, but I see two big basic issues. Almost everywhere in Asia we have very minority churches, in some cases even microscopic. Observing them one understands the definition of the Second Vatican Council of the Church as sacrament and instrument of salvation: even a numerically very small Christian community is a sign of God’s presence. The other call is dialogue with the great religions: Asia has a special vocation in this. Dialogue first of all to meet on the basis of certain shared human values and ethical guidelines. If it is not sterile, however, I believe it also serves to better clarify who we are, to bring out a vision of God. And this is an equally important task”.

John Paul II spoke of Asia as the continent of the Third Millennium for the Church. Today, these two faces of the witness of small communities and dialogue with other religions are emerging more and more even in the big cities of the West. Was his a prophecy?

“Absolutely. Today we see great vitality in various churches in Asia and in this sense John Paul II’s was a prophecy. But it is true: many situations that we knew in Asia we are now experiencing in the West under other forms. The presence of migrants, for example, obliges us more and more to confront their religious reality. On the other hand, even in Europe, the future of the Church is no longer about numbers, but about being a sign and instrument of God’s presence among men”.

What are these signs of vitality that you see in the Churches of Asia?

“Vocations are an important yardstick: they normally come from a fertile terrain of faith, it means that there are young people sensitive to a radical choice of life, that there is a deep openness. In Asia, then, vocations are born not only for the local Church, but also at the service of the universal Church as missionaries in other countries: it is another important sign. In general: despite the difficulties of the social and political context in which Christians often find themselves living, I perceive an attachment to the faith in the Churches of Asia I see, its centrality in people’s lives, which struggles to emerge in the secularised societies of the West”.

You are responsible for the Pontifical Missionary Societies in Rome: what is their task for Asia?

“As in the rest of the world, they aim to be an engine of evangelisation, a service to the local Church to keep the missionary impetus alive. As long as it wishes to share the Gospel, the Church does not withdraw into itself. The Pontifical Missionary Societies call for universality: they remind us that no Church exists for itself. This also includes the equitable sharing of economic resources, to help where there is the greatest need, as in every family. But, as one of our directors told me, getting a bishop to make a priest available to go on mission is even more important for us today than collecting a million euros”.

If Asia is giving the Church new missionaries today, why is it still so important that missionaries go to Asia from the West?

“Having 2000 years of Christianity behind us, with a faith that has settled in culture, is not irrelevant for the churches that receive these missionaries. This can be seen, for example, in the training of clergy or pastoral workers: this function has not been exhausted. But it also applies to theological reflection. In the first centuries Christianity had to deal with Hellenism, a process that can also be of great help to those who today find themselves dealing with other cultures. In the knowledge that it is still necessary to help the local Churches to have their own expression, the courage to let new things emerge, as long as they are the result of a serious confrontation with their own context”. 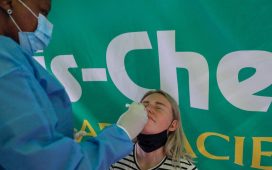 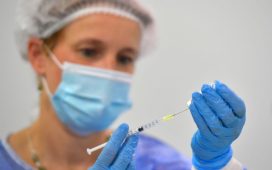 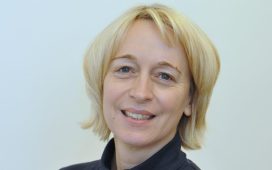 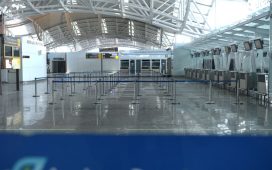