NEWSCABAL
NEWSCABAL > health > Daily cases could be ‘up to as 25,000’ – as 25 Covid variants monitored, warns PHE boss
health


DAILY Covid cases could be up to 25,000, Public Health England’s boss warned today.

The true figures may be far higher than the official reported 7-8,000, due to cases not picked up.

Dr Susan Hopkins revealed the estimate for new infections today is “between 15,000 and 25,000”, as she added PHE is monitoring 25 Covid variants.

She also warned if the Delta variant was “unmitigated”, left to spread without any measures, the R value could be “greater than five and maybe up to seven”.

Dr Hopkins told the Science and Technology Committee this morning: “What we are seeing at the moment are about 7,000 to 8,000 infections per day – that’s what we’re detecting.

“But we know that that is less than half of what the true infections are in the community, and we’ve measured that a number of ways.

“It doesn’t take very many doublings to get to very large numbers.

“But the more infections we have, the more impact there will be – so 90 per cent effectiveness, that means 10 per cent could actually come into hospital.”

On June 11 a PHE briefing revealed 13 variants were being monitored, but today Dr Hopkins said 25 are now being closely followed.

The Deputy Director of PHE’s National Infection Service warned today: “We are living in a world of variants now, everything we see is either going to have a transmissibility advantage or an immune evading advantage.

Professor Sir Andrew Pollard explained to the Science and Technology Committee the UK would have to learn to live with Covid.

He said: “We’re talking about variants and their emergence – this will happen, is going to continue to happen. It will escape from vaccines.”

But the expert said if severe disease and hospitalisations can be prevented, we can start to properly bounce back from the crisis which began in March last year.

It was reported on Monday two Covid jabs stops hospitalisation from the Delta variant by up to 96 per cent.

Both Pfizer and AstraZeneca’s vaccines are hugely effective against severe illness when double dosed, encouraging new data has revealed this week.

It comes days after June 21’s “Freedom Day” was delayed by the Prime Minister due to worries over an increase in hopsitalisations, and the need to vaccinate as many people as possible as the Delta variant spreads.

The variant, first seen in India, is more transmissible than the Alpha (Kent) that ripped through the UK at Christmas and caused the third long lockdown.

Packs of common painkiller recalled amid fears they could cause overdose

Both Pfizer and AstraZeneca’s vaccines are hugely effective against severe illness when double dosed, encouraging new data has revealed this week.

New Public Health England data shows that after two doses the Pfizer vaccine is 96 per cent effective against hospitalisation and the AstraZeneca slashes the risk by 92 per cent.

See also  There is plenty of life in the old NHS yet as it gets set to turn 70 on Tuesday
Share on FacebookShare on TwitterShare on PinterestShare on Reddit
newscabalJune 16, 2021 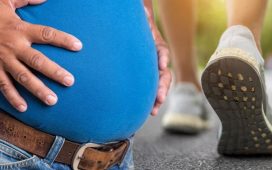 How to lose visceral fat: How many steps you must walk daily to reduce belly fat build-up 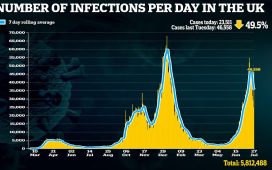 What do falling Covid rates in the UK mean for America's battle with the Indian 'Delta' variant? 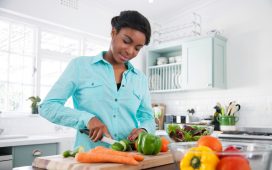 Respected GP and ‘fearless defender’ of NHS dies at 73 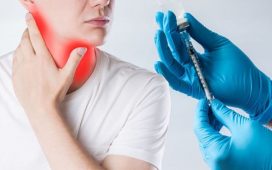 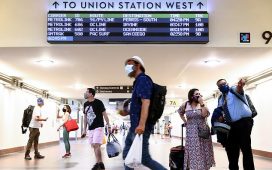