My father has been remarkably stoic about lockdown. This has surprised his children since we have, at different points, heard him complain about most things. He hates corduroy. He has an avowed distrust of traffic islands. He detests people using more toilet paper than is strictly necessary.

My father’s complaints sometimes concern me, usually connected to whatever ‘lies’ I’ve told about him in this column

He complains about me, too, usually connected to whatever ‘lies’ I’ve told about him in this column. ‘Your words are not to be trusted’, he said quite grandly a few weeks back, after I’d written about his fondness for imbibing a surreptitious tea and cake during his livestreamed Sunday mass. Not that I don’t exaggerate his foibles – I did make up the traffic islands thing, for instance – but, since he loses interest if I go too many weeks in a row without him being mentioned, he’ll have to live with it.

Either way, isolation hasn’t been a bone of contention. Part of this is down to his being a rural man at heart. In many of ways, he was built for isolation, and is more than happy to dawdle around his spacious country bungalow, pointing at things that need putting away, or tending to the needs of the growing arsenal of remote controls he keeps by his chair in the living room.

But he’s also had company, since my brother Conall, sister Caoimhe and her partner Eddie have been on hand to tend to his needs, make him tea and sausages, and put away the things he points at, all while working from home themselves. Their heroism in this respect can’t be overstated, not least since shielding him has restricted their movements, too, especially if said movements result in any of Dad’s remote controls becoming misplaced.

This week, however, we did see some light at the end of the tunnel, when he was contacted about his vaccine. On a bitterly cold Thursday morning, Conall drove him to the vaccine centre, in the same large, city-centre sports complex where he and I played football as kids. It had been transformed into a scene from Contagion – albeit a polite, boring scene reimagined for an ITV Sunday lunchtime audience.

The sight of hundreds of 70- to 75-year-olds moving purposefully, and silently, into the complex gave things a surreal, even sombre tinge; as if the assembled crowd were set to compete, against their will, in a drastically oversubscribed OAP five-a-side tournament.

As he has a disability badge, Dad didn’t even have to leave his car. Within minutes, the long-awaited panacea had been administered with little to no fanfare. He watched friends and acquaintances move through their stretch of the queue from his car window, too distant to say hi to even if they weren’t preoccupied.

Perhaps he reflected on the melancholy of their separation or the tentative glimpse of something like normal that this jab had just delivered. But all he’d tell me was that Conall had found a good parking spot. Any inference of greater drama by me is probably not to be trusted. 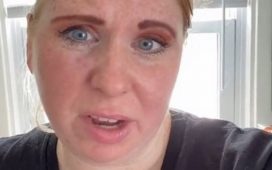 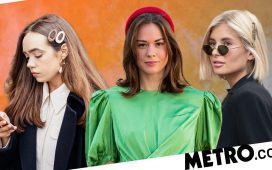 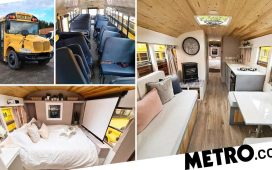 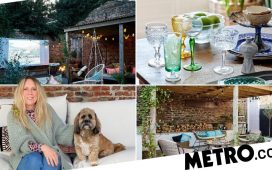