A DAD was slapped with a parking fine after he accidentally paid for the wrong car using the RingGo app.

Scott Corben, from Bere Ferrers in Devon, was hit with a £60 fine after he parked outside Plymouth’s Playhouse last month.

He had gone for a day out with his daughters after their Covid isolation period had come to an end.

The dad hit out at RingGo after he accidentally paid for the wrong vehicle while typing his car’s registration number into the app.

A spokesperson for RingGo said they do offer a “grace period” so drivers can correct their registration details after they’ve paid to park, if needed.

But if the wrong details are not corrected by the driver then they are liable to be hit with a penalty charge notice (PCN).

Scott only realised his mistake when he returned to his car to find the fine pinned to his windscreen.

The responsibility for issuing the penalty notice lies with the parking authority in the area rather than RingGo.

Premier Parking Solutions, based in Newton Abbot, is responsible for monitoring the parking outside the theatre.

The company said: “The error appears solely to be with the motorist who has authorised the incorrect vehicle to park.

“It is not at all controversial to ask that the correct vehicle is authorised properly to park and by making the mistake the motorist has caused us to incur losses accordingly.”

Scott though claimed it wasn’t right “that companies can hide behind the letter of the law when someone has clearly paid for the parking – but just for the wrong car”.

He told the Plymouth Herald: “With parking apps like RingGo, you often have the details of more than one car saved.

“I’ve found that it’s really easy to forget to change the registration of your car when paying for parking.

“This means that you can actually pay for parking for the right length of time and in the right place, but for the wrong car.

“This is what I did recently when I took my daughters to the Plymouth Playhouse to see a play on the day after my daughter was allowed out of isolation following Covid.

“I parked nearby, inputted all the right details but I selected the wrong car on the RingGo app. When I got back I found a fine of £60 attached to the windscreen – that’s twice what we paid for tickets. It’s also twenty times what I paid to park – albeit in the wrong car.

“I could just pay the fine to Premier Parking Solutions of Newton Abbot and keep quiet, but I feel it’s wrong.

“You would think that an operator of parking controls would accept that as just a silly mistake, right? I am asking them to be sensible and reasonable.”

Scott has now contacted the Independent Appeals Service (IAS) and believes the fine goes against the guidance given by the secretary of state for transport which says: “An authority has a discretionary power to cancel a PCN at any point throughout the process.

“It can do this even when an undoubted contravention has occurred if the authority deems it to be appropriate in the circumstances of the case.

“Under general principles of public law, authorities have a duty to act fairly and proportionately and are encouraged to exercise discretion sensibly and reasonably and with due regard to the public interest.”

A spokesperson for Premier Parking Solutions said: “Whilst we can’t comment on individual cases that are with the independent adjudicator, the error appears solely to be with the motorist who has authorised the incorrect vehicle to park.

“It is not at all controversial to ask that the correct vehicle is authorised properly to park and by making the mistake the motorist has caused us to incur losses accordingly.”

‘THE DRIVER IS RESPONSIBLE’

A spokesperson for RingGo said in a statement: “When paying for parking via any mobile app, the driver is responsible for ensuring their vehicle registration number is entered correctly.

“We know mistakes happen, so RingGo does offer a grace period for drivers to correct their registration data after they’ve paid to park if they need to.

“If the wrong details are entered and the driver doesn’t correct them, they are liable to receive a parking penalty charge notice (PCN).

“If this happens, PCNs will only ever be issued by the parking operator – in this case, the Local Authority’s civil parking enforcement team. A cashless parking payment provider like RingGo will never issue drivers a PCN.

“Drivers can reach out to the parking operator to explain the mistake and ask for the fine to be reconsidered – the relevant contact details are always listed on the parking charge notice.

“Because RingGo do not issue PCNs, we can’t support with the appeals process – this needs to be resolved between the driver and the operator.

“More information on appealing a parking penalty charge notice can be found here. With more than 18 million drivers in the UK using the RingGo app to seamlessly pay for parking, we are proud to be the UK’s number one cashless parking provider.” 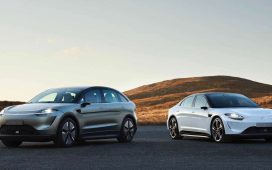 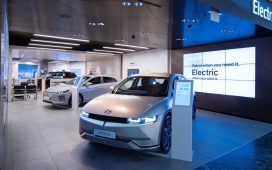 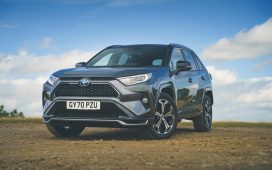 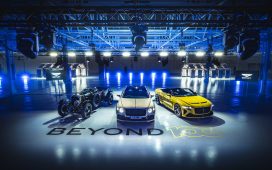