MORE than a million people in Covid-ravaged India have been evacuated from their homes after a SECOND deadly storm hit overnight.

Cyclone Yaas was packing gusts topping 95 mph as it struck the east coast just days after Tauktae tore up the other side of the country leaving 150 dead.

Officials in India fear the emergency will further complicate efforts to halt a surge in a pandemic that has already killed 310,000 people.

Yaas – which experts said has intensified into a “very severe cyclonic storm” last night – hit the state of Orissa on the eastern coast.

India’s meteorological department said low-lying areas have been inundated due to the rain and tidal surges.

West Bengal chief minister Mamata Banerjee said that the seaside town of Digha has been “swamped” by waves the height of a double-decker bus.

She said that two people had been killed including one dragged into the sea by the waves in Digha and another crushed when his house collapsed.

The cyclone destroyed tens of thousands of mud houses and forced the closure of the busiest regional airport in the city of Kolkata.

Authorities said more than a million people had been moved out of the storm’s path, while television broadcast images of rough seas, strong winds and rains lashing coastal towns and villages.

Nearly 1,200 rescue shelters have been sanitised in line with Covid-19 safety norms but there are fears it will be difficult to maintain social distancing protocols, according to news agency ANI.

Mamata Banerjee told reporters that about 20,000 mud houses and temporary shelters had been damaged in West Bengal.

“I have not seen anything like this before,” said another state minister, Bankim Hazra, after seawater gushed into the low-lying areas of Sagar island in the Bay of Bengal.

“Successive high tides battered the coastline,” he added. “It is inundation all around and villages are cut off.”

Masks were distributed in emergency shelters but officials admitted maintaining social distancing would be “a big challenge”.

“This cyclone spells double trouble for millions of people in India as there is no respite from COVID-19,” said Udaya Regmi from the International Federation of Red Cross and Red Crescent Societies.

Some vaccination centres in threatened districts, as well as Kolkata, suspended operations and a special effort had been launched to ensure the supply of oxygen and medicines to hospitals, officials said.

Officials in neighbouring Bangladesh, a regular target of cyclones, said they expected the low-lying delta nation to be spared this time.

Some of the deadliest storms in history have formed in the Bay of Bengal, including one in 1970 that killed half a million people in what is modern-day Bangladesh.

Cyclones in the Bay of Bengal are common at this time of year, and often roar ashore, bringing death and destruction.

Police said they had rescued 10 people after their boat capsized near shore in Odisha’s Jagatsinghpur district on Tuesday.

Naval base Chilka is monitoring ships in the area and is ready for rescue operations, the Indian Navy said.

3 arrested after cable car crash killed 14 as girl, 2, is taken for burial

‘Racist’ woman, 24, who yelled & spat at bouncer BANNED from Birmingham

Sikh boy, 5, has ‘sacred hair cut by bullies’ in shocking attack at school

Weather officials in Bangladesh said the storm was likely to swamp low-lying areas of 14 coastal districts, bringing tides three feet to four feet higher than normal, and advised fishing boats and trawlers to stay in shelter. 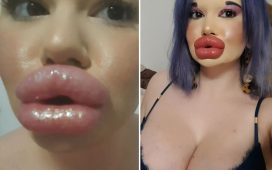 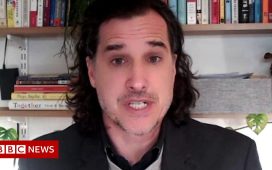